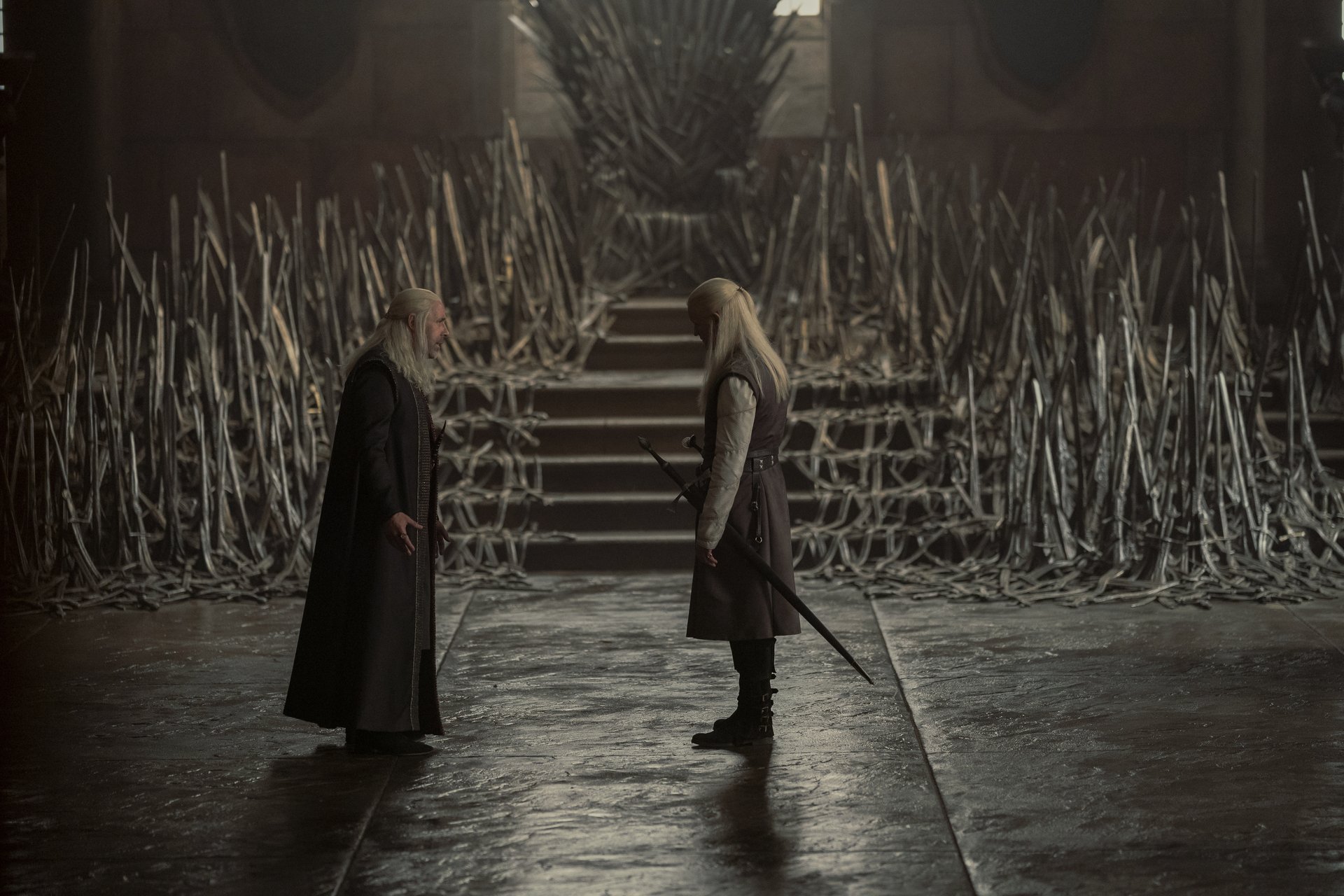 Here there be dragons once more. “House of the Dragon: Season 1” (TV-MA), set 200 years before “Game of Thrones,” chronicles an earlier war for succession when the Targeryan lineage (the ancestors of Daenerys, the Queen of Dragons) ruled the Seven Kingdoms. Paddy Considine is the king who upends tradition by naming his daughter Rhaenyra (Milly Alcock) heir to the Iron Throne and Matt Smith is his younger brother, a brutal warrior and decadent royal who believes the throne should be his. Like the original series, it’s full of palace intrigue, bloody battles, sex and nudity, and of course dragons, but the initial episodes lean toward exposition and world-building. Author George R.R. Martin is directly involved in developing this prequel, based in part on his novel “Fire & Blood.” Emma D’Arcy plays the adult Rhaenyra in later episodes and Rhys Ifans, Eve Best, and Olivia Cooke costar. New episodes on Sundays. (HBO Max)

Trevante Rhodes plays Mike Tyson in “Mike” (TV-MA), a limited series drama that explores the thrilling career and tumultuous personal life of the boxing legend, whose victories in the ring were often overshadowed by his violence outside of it. Harvey Keitel costars as Tyson’s trainer Cus D’Amato and Russel Hornsby is Don King. It comes from the creators of “I, Tanya.” New episodes on Thursdays. (Hulu)

The young adult romantic dramedy “Everything I Know About Love: Season 1” (TV-MA) follows four twentysomething friends navigating their first years of adulthood in a shared flat in London. Based on the novel by Dolly Alderton, it stars Emma Appleton and Bel Powley. All episodes available. (Peacock)

Kevin Hart plays a stay-at-home father who gets some “Me Time” (2022, R) and heads out with his old buddy (Mark Wahlberg) for what turns out to a much wilder time than he anticipated. Regina Hall costars in the comedy from director John Hamburg (“I Love You, Man”). (Netflix)

True stories: “Katrina Babies” (2022, TV-14) revisits the impact of the devastating 2005 hurricane on the families and communities of New Orleans through archival footage and interviews with the survivors who, as children, were evacuated and displaced by the disaster. The documentary also explores the systemic racism and government neglect that African-American communities faced. (HBO Max)

“That’s Amor” (2022, TV-14) is the latest romantic comedy from the streamer, this one involving a dashing Spanish chef.

“Disobedience” (2017, R) stars Rachel Weisz and Rachel McAdams as women in love in London’s Orthodox Jewish community but this film is less a romance than a compassionate drama of family and identity.

International passport: the heist thriller “Seoul Vibe“ (South Korea, 2022, TV-MA, with subtitles) sends a crew of drivers and mechanics after a money-laundering ring in the days before the 1988 Olympics. Also new:

International TV: “Under Fire: Season 1“ (Belgium, TV-MA, with subtitles) is a first-responders drama about a team of firefighters.

Kid stuff: toy searches the countryside for the young boy who lost him in the limited series “Lost Ollie“ (TV-PG), a fantasy family inspired by the children’s book “Ollie’s Odyssey.”

“Little Demon: Season 1“ (TV-MA) is a gory animated comedy about a 13-year-old girl whose desire for an ordinary life is thwarted by her father, who happens to be Satan. Features the voices of Danny DeVito, Aubrey Plaza, and Lucy DeVito.

“Samaritan“ (2022, PG-13) stars Sylvester Stallone as a recluse who turns out to be a former superhero that a young neighbor coaxes back into action to save their city.

True stories: “Untrapped: The Story of Lil Baby“ (2022, R) charts the rise of the Grammy-winning rapper.

In “The End is Nye: Season 1“ (not rated), science guy Bill Nye looks at potential planet-wide natural disasters and how we can survive them.

The second and final season of “Kevin Can F**k Himself“ (TV-MA) with Annie Murray begins this week.

The horror film “Watcher“ (2022, R) plunges the audience into the paranoia of an American woman (Maika Monroe) in Bucharest who unravels as a mysterious stranger stalks her. (AMC+ and Shudder)

The limited series drama “Anne“ (not rated) stars Maxine Peake as a mother looking for answers for her son’s death at a football match in 1989.

Based on a true story, the limited series “The Thief, His Wife and the Canoe” (not rated) stars Eddie Marsan as former teacher who fakes his death for the insurance payout and drags his wife into a spiral of lies and deception.

A German mother travels to Hong Kong to visit her estranged son in “Wood and Water“ (Germany, 2021, not rated, with subtitles), a sensitive drama of self-discover.

A woman recalls a tumultuous love affair in the drama “My King“ (France, 2015, with subtitles, not rated) with Vincent Cassel and Emmanuelle Bercot and an abandoned tire plots turns homicidal in the surreal “Rubber“ (France, 2010, R, with subtitles).