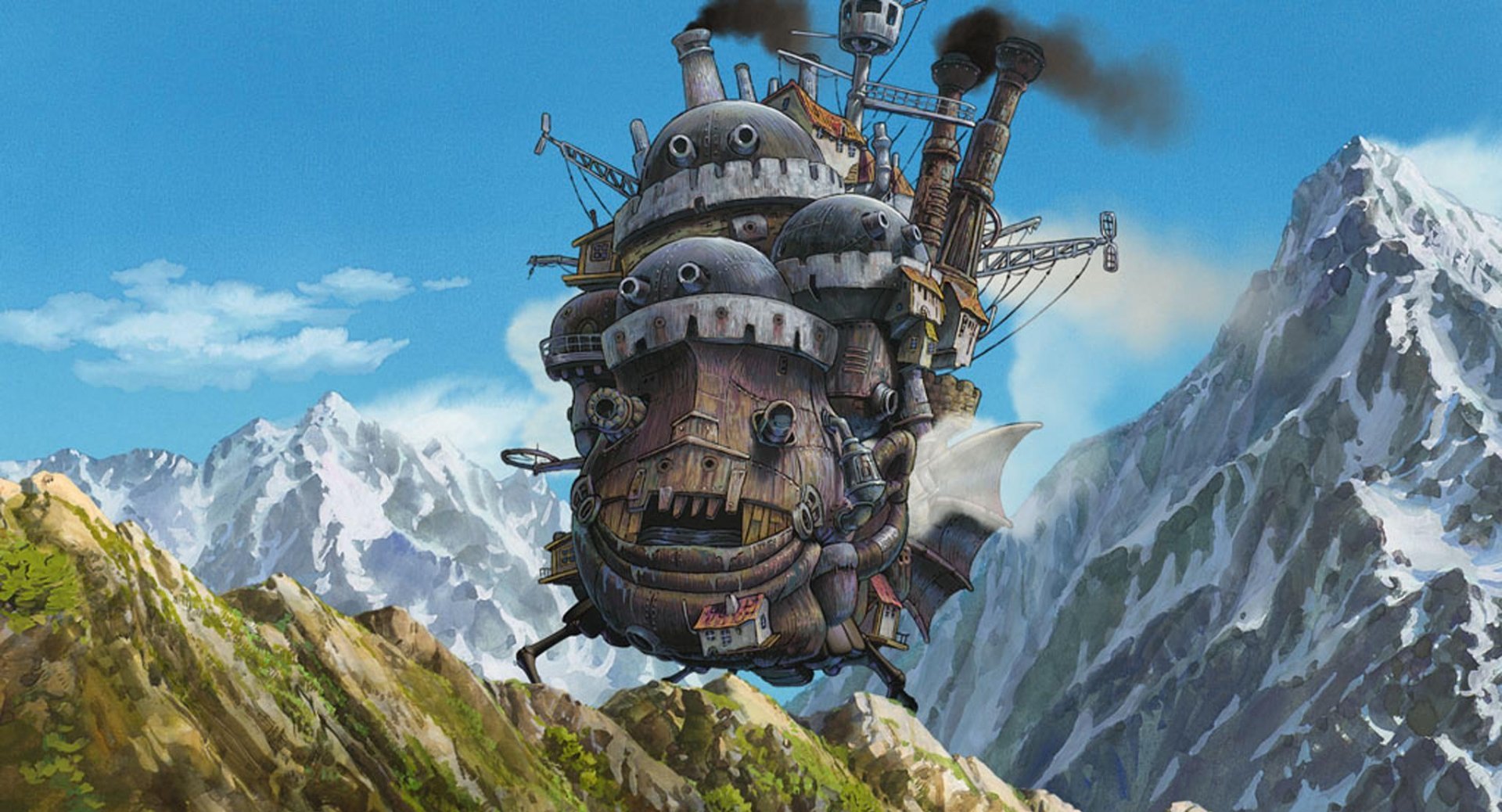 In a steampunk 19th century past of magic and mechanical wonders, where steam engines roll down cobblestone streets and English gentlemen buzz about in air cars lifted by fluttering wings, shy British shopgirl Sophie lives a timid life of self-pity. When the handsome, notoriously mysterious wizard Howl sweeps her off her feet (they quite literally walk on air), her rapture is short lived. The decadent and jealous Witch of the Waste blows through her like a ghostly wind and leaves with her stolen youth.

Sophie takes refuge in Howl’s clanking, steam driven castle, a magnificent, massive, beetle-like contraption that skitters across the countryside on spindly legs, powered by a cranky fire demon. These and other wonders (a pogo-ing scarecrow, a wheezy old palace dog, giant blobule spies that  look like enormous drops of crude oil squeezed into vaguely humanoid shape) are designed and executed with the delicate textures of hand drawn animation, a disappearing art in the age of smooth, shiny computer animated movies.

Their tale unfolds against a backdrop of war, as battles turn skies blood red and bomb cities into rubble. The blunt but heartfelt anti-war message is the darkest portion of the film (which may be too intense for small children). It’s also what makes Miyazaki so special: he trusts kids to understand and engage these terrifying aspects of the world.

Miyazaki never explains the vague war conspiracy to any satisfaction, but it is secondary to the characters who are all, in some way, imprisoned by curses: of pride, greed, fear. Magic is merely a symptom. It takes mortal compassion and courage to cure these ills, and Miyazaki’s compassion is matched only by his sense of wonder.

The English language version features the voices of Emily Mortimer and Jean Simmons as the young and old Sophie, respectively, Christian Bale as the dashing Howl, Lauren Bacall as the Witch, and Billy Crystal as the fire demon.

The Blu-ray and DVD releases include both the original Japanese soundtrack and the English language and a lovely real time presentation of the complete storyboards set to the movie soundtrack, which becomes something like a video storybook as well as an illustration of the pre-production animation process. Also includes interviews and featurettes.