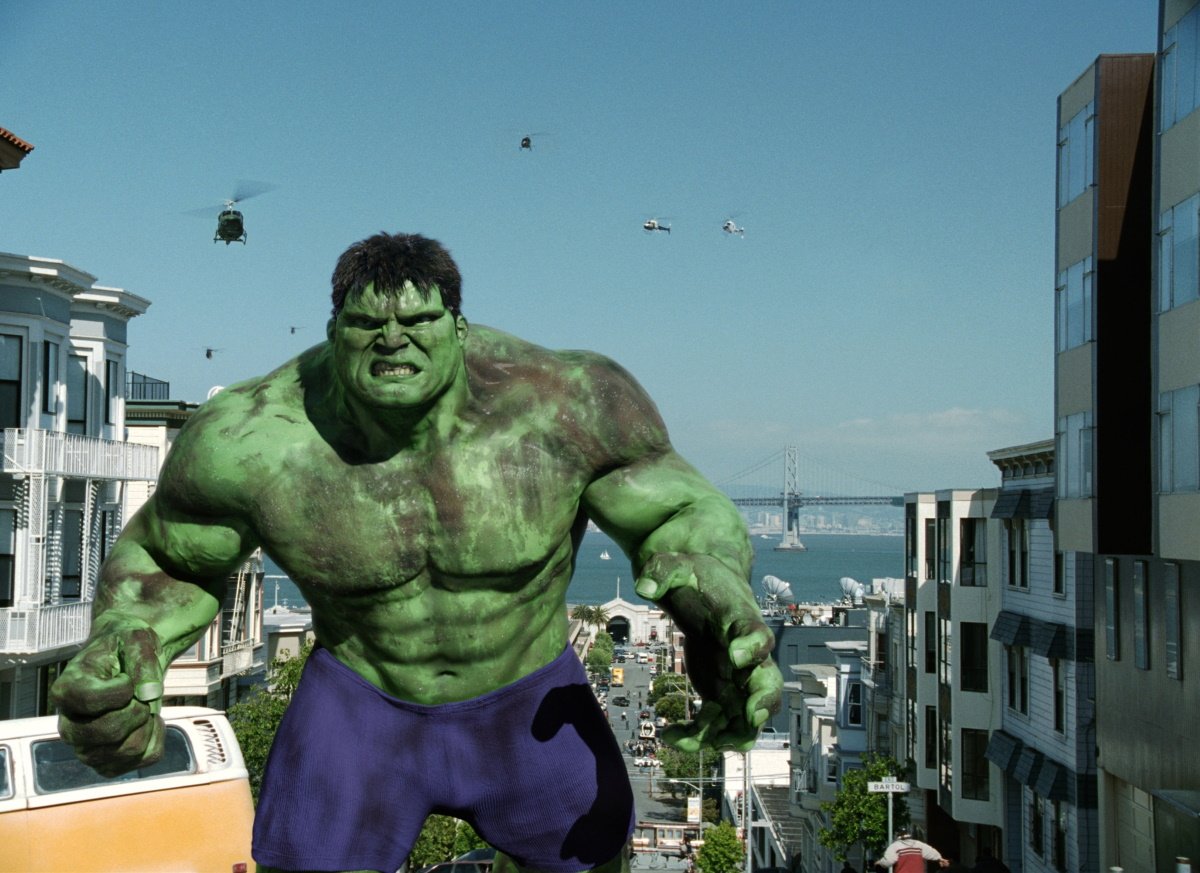 With Hulk (2003), Ang Lee, director of the Jane Austen adaptation Sense and Sensibility and the devastating The Ice Storm, drops the atomic age Jekyll and Hyde comic book icon created by Stan Lee and Jack Kirby into an Ang Lee movie. The repressed anger and memories of experimental scientist Bruce Banner (Australian actor Eric Bana), whose family history includes a demented father with a mad scientist’s mania (Nick Nolte) and mutant DNA, are unleashed when he is dosed with gamma rays in a lab accident. All he has to do is lose his temper and the big green beast takes over.

Bana is bland to the bone but the Hulk is a sight to behold: he’s like a giant child out of control in a raging tantrum, he leaps and bounds on his pile-driver legs, and at rest his face has the innocence and wonder of an infant. It’s one of the earliest screen characters created via motion capture and computer animation and Lee himself models the character.

Lee unfortunately resorts to a very slick, showy style full of split screens, wipes, and panels within panels that rotate and slide around, like an attempt to evoke comic book panels and matinee serial previews, ramped up with modern technology. Which is very strange for this isn’t really a comic book movie. This is about unleashing the inner beast, a green, gamma ray King Kong of pure muscle, emotion, and instinct. The real monsters of the film are the fathers who abandon and, at their worst, sacrifice their children in the name of progress and duty.

Jennifer Connelly costars as Bruce’s devoted girlfriend Betty, Sam Elliot the rawhide US Army General who hunts down the Hulk, and Josh Lucas an ambitious and sadistic officer who wants the Hulk project for himself and is willing to sacrifice Bruce and Betty to get it. Watch for cameos from creator Stan Lee and TV Hulk Lou Ferrigno.

It was followed in 2008 by The Incredible Hulk with Edward Norton in the role of Bruce Banner.