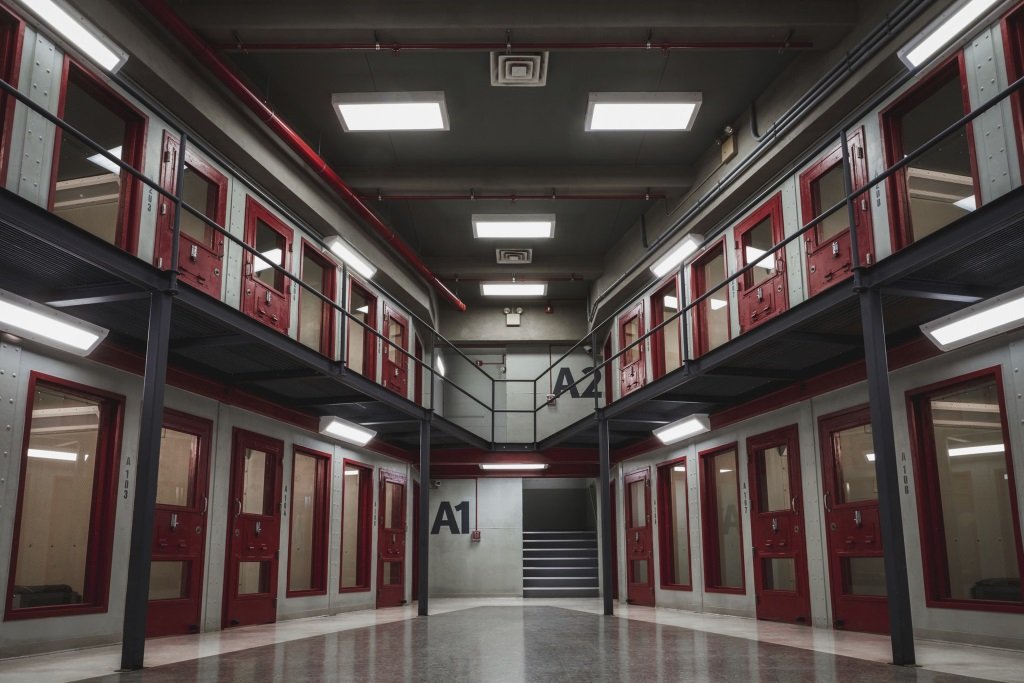 The sixth season of the popular Netflix Original series Orange Is the New Black opens in the aftermath of a failed prison riot and occupation and sends the inmates of the Litchfield Women’s Correctional Facility to a maximum security prison, where they face serious charges and a whole new prison culture.

The sixth season “feels stuck between a reboot and a reset,” writes TV critic Alan Sepinwall for Rolling Stone. “At times, it commits deeply to the harsher realities of life in max — harsher than some viewers may have a taste for, particularly with how much darker the real world has gotten since the show’s debut— while other stories seem indistinguishable from the kind of wacky hijinks that were part of everyday life back at camp.”

13 episodes available to stream on Netflix.

Hulu’s new original show Castle Rock, set in the fiction town at the center of Stephen King’s horror multiverse, offers new stories built around existing elements (like the Shawshank Penitentiary) and a cast that includes Andre Holland, Melanie Lynskey, Scott Glenn, the original Carrie Sissy Spacek, and It villain Bill Skarsgård. It comes from the creators of the excellent cable drama Manhattan.

“[A]t its best, Castle Rock captures [Manhattan‘s] sense of an expansive community buzzing with activity, even if the first four episodes sent out for review are a bit of a mixed bag,” writes Matt Zoller Seitz for Vulture. “As the series unfolds, there are King-like touches aplenty, including spectacular acts of violence, unnerving monologues by folksy keepers of Castle Rock lore, and flashbacks that give you just enough information to chill the blood but not enough to resolve ongoing mysteries.”

Three episodes now streaming on Hulu with new episodes rolling out each Wednesday.

The Glass Castle (2017, R), based on the best-selling memoir by Jeannette Walls, stars Brie Larson as a writer coming to terms with her rough childhood and dysfunctional parents (Woody Harrelson and Naomi Watts). Streaming on Prime Video and Hulu.

Steven Spielberg directs the dazzling virtual reality adventure Ready Player One (2018, PG-13), based on the young adult sci-fi novel by Ernest Cline and starring Tye Sheridan and Olivia Cooke as teens battling a ruthless corporate power to save their virtual oasis. Spielberg stuffs the colorful (if thin) underdog thriller full of pop-culture references. On Cable On Demand and VOD, also DVD and at Redbox.

Cedric Klapisch’s Back to Burgundy (France, 2017, not rated, with subtitles), a sunny drama about three sibling running their family winery over the course of a year, and Arnaud Desplechin’s playful Ismael’s Ghosts (France, 2017, R, with subtitles), a multi-layered drama of life, love, and storytelling starring Mathieu Amalric and Marion Cotillard, are engaging alternatives to the usual summer movie fare.

Also new: drama Little Pink House (2017, not rated) with Catherine Keener and Jeanne Tripplehorn and documentary Half the Picture (2018, not rated) on women filmmakers on Hollywood.

Brie Larson earned an Oscar as a devoted young mother raising a son in captivity in Room (2015, R), one of a number strong women’s stories on Netflix (reviewed on Stream on Demand here).

Guy Pearce is a loner survivalist in the Australian outback and Robert Pattinson is his captive The Rover (2014, R), a post-apocalyptic survival drama from David Michod.

The animated feature Godzilla: City on the Edge of Battle (Japan, 2018, not rated), a sequel to Planet of the Monsters, is presented in Japanese and English language versions

True stories: William Friedkin, director of the seventies horror classic The Exorcist, profiles a real-life exorcist for the Roman Catholic Church in Italy in the documentary The Devil and Father Amorth (2017, not rated) and Netflix Original documentary The Bleeding Edge (2018, not rated) looks into the dangers of the rapidly-growing medical device industry.

Foreign affairs: from Spain comes the crime thriller The Warning (Spain, 2018, not rated, with subtitles) and the offbeat comedy series Welcome to the Family: Season 1 (Spain, with subtitles).

Ewan McGregor is a software engineer in love with a robot designed to be the perfect romantic partner in Zoe (2018, R), a sci-fi drama co-starring Léa Seydoux, Theo James, and Rashida Jones. It debuts directly to Prime Video.

Elle Fanning is an alien tourist in London in How to Talk to Girls at Parties (2017, R), a comedy costarring Ruth Wilson and Nicole Kidman.

Classics: Love film noir? Joseph Losey’s The Prowler (1951), starring Van Heflin as a bitter, opportunistic cop with big dreams and the soul of a sociopath, is one of the best. Also check out Fritz Lang’s The Woman in the Window (1944) with Edward G. Robinson and Joan Bennett, Douglas Sirk’s Shockproof (1949) with Cornel Wilde (from a Sam Fuller screenplay), Otto Preminger’s Whirlpool (1949), a psychological noir with Gene Tierney as a troubled kleptomaniac, and noir-shaded western Day of the Outlaw (1959), starring Robert Ryan and Burl Ives and set in a snowbound mountain town (reviewed on Stream On Demand here).

True stories: Pussy Riot: A Punk Prayer (2013, not rated) profiles the members of the Russian punk band convicted for “hooliganism” for their defiant, provocative performances.

The documentary Leaning into the Wind (2018, not rated) catches up with natural artist Andy Goldsworthy 17 years after the award-winning profile “Rivers and Tides.”

Streaming TV: from the Cartoon Network comes the animated superhero series Justice League Action: Season 1. Also new: Real Humans: Season 2 (Sweden, with subtitles), which was remade stateside as “Humans,” and the family-friendly comedy The Thundermans: Season 4 about a family of superheroes.

Michael Fassbender and Rebecca Ferguson star in the Scandinavian murder mystery The Snowman (2017, R), based on the Jo Nesbo novel.

Arriving Saturday night is Victoria & Abdul (2017), based on the true story of the friendship between Queen Victoria (Judi Dench) and a young Indian clerk (Ali Fazal).

Sacha Baron Cohen continues to create outrageous characters to interview unsuspecting subjects in his new comedy series Who Is America?, which got a big publicity boost after Roy Moore and Sarah Palin took to Twitter to complain that they’d been duped. New episodes each Sunday.

“Star of the Week: Humphrey Bogart” is celebrated with 21 features, from supporting parts in the 1930s to starring roles through the 1940s. Along with his most famous, previously available classics (The Maltese Falcon, Casablanca, The Treasure of the Sierra Madre, all previously featured), the collection features his Hollywood breakthrough The Petrified Forest (1936) with Leslie Howard and Bette Davis, his early star turn in High Sierra (1941) with Ida Lupino, and the FilmStruck debut of the film noir classic The Big Sleep (1946) with Lauren Bacall.

Here we go again? Forget “Mamma Mia” and see Abba perform their own songs in ABBA: The Movie (Sweden, 1977, G, with subtitles), directed by Oscar-nominated filmmaker Lasse Hallstrom. It’s part of a collection called “Real Bands, Fake Stories,” which also features The Beatles in A Hard Day’s Night (1964) and The Clash in Rude Boy (1980, R).