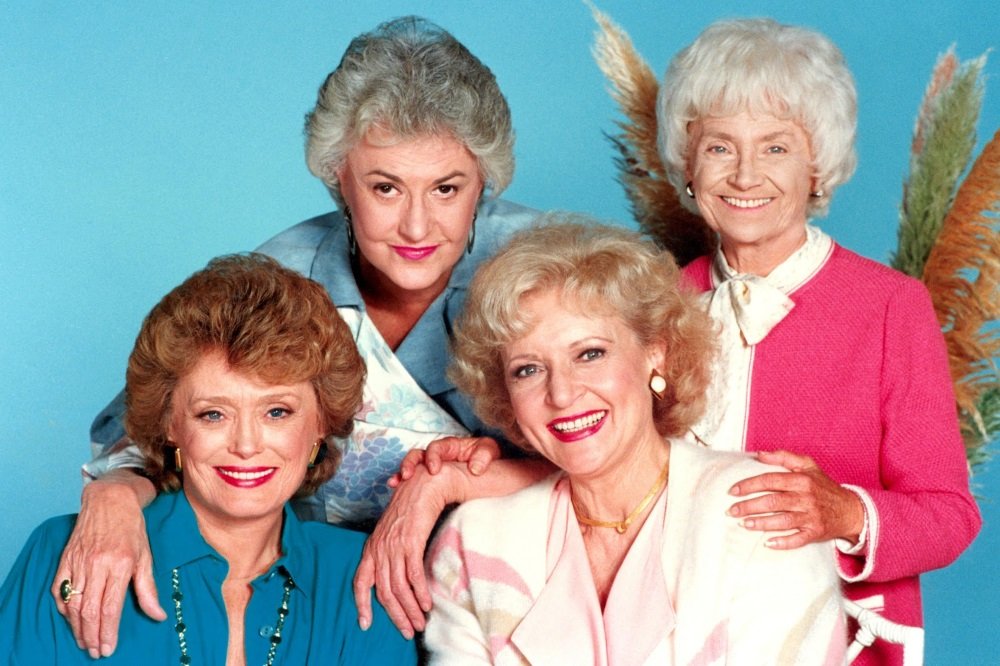 Thank you for being a friend: Hulu now has all seven seasons and 180 episodes of the Emmy-winning sitcom The Golden Girls with Beatrice Arthur, Rue McClanahan, Betty White, and Estelle Getty showing that there is life after 50.

Arrival, starring Amy Adams as a linguist making first contact with an alien race, is both an intelligent, conceptually challenging science fiction drama and a touching human story. Nominated for 8 Academy Awards (PG-13).

Hailee Steinfeld is a teenage mess on The Edge of Seventeen, a perceptive and sympathetic coming-of-age comedy about the emotional turmoil of growing up out of step. Woody Harrelson costars as her sardonic but supportive history teacher (R).

Available same day as select theaters nationwide is In Dubious Battle, adapted from the John Steinbeck novel and directed by James Franco, who stars with Nat Wolff, Vincent D’Onofrio, and Selena Gomez (R).

Juliette Binoche is brilliant in Clouds of Sils Maria (2014) as a 40-something actress struggling with a new role and Kristen Stewart is just as good as her savvy assistant (R). Reviewed on Stream On Demand.

Shotgun Stories (2007) is the debut feature from filmmaker Jeff Nichols, director of this year’s Oscar-nominated Loving, and stars Oscar nominee Michael Shannon in his first of five collaborations with Nichols (PG-13).

The Americans: Season 4, the superb series about two deep cover Russian agents (Keri Russell and Matthew Rhys) in Reagan-era suburbia, arrives a month before the season 5 debuts on FX.

True stories: Author: The JT Leroy Story (2016) explores the literary scandal around author Laura Albert creating a fictional persona to pass fiction off as memoir (R) and It Came from Connemara (2014) profiles the Irish studio that Roger Corman opened in the 1960s (not rated).

The acclaimed documentary American Teen (2008) looks at the social life of high school kids and their cliques in a small Indiana town (PG-13). (Amazon Prime and Hulu)

The second half of The Mindy Project: Season 5 kicks off, with new episodes every Tuesday.

True stories: Kampai! For the Love of Sake (2015) explores the history and culture of the Japanese rice wine (not rated).

Dwayne Johnson and Kevin Hart star in the action comedy Central Intelligence (2016), which shows in an extended, unrated cut.

The documentary Eagles of Death Metal: Nos Amis (Our Friends) profiles the American band caught in the 2015 Paris terrorist attacks (not rated)

The final season of Girls and the new season of Last Week Tonight With John Oliver kicked off and The Young Pope concluded this week.