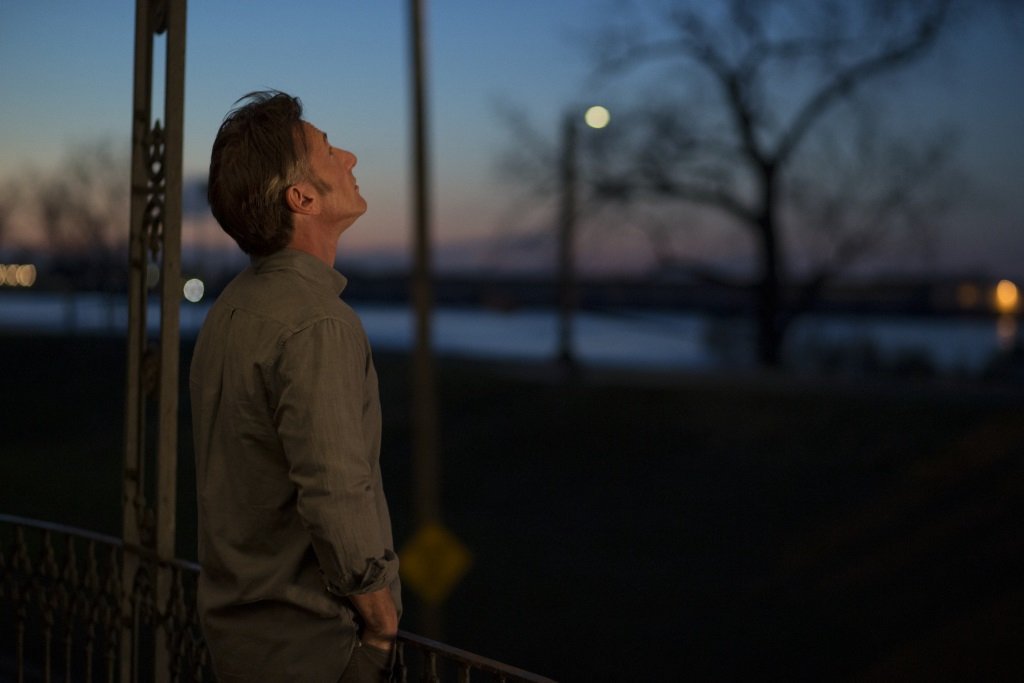 Sean Penn stars in the new Hulu Original drama The First as a grounded astronaut battling family crisis while guiding the first manned mission to Mars through the politics and funding and technological hurdles necessary to get lift-off. It’s from House of Cards creator Beau Willimon and it costars Natascha McElhone as the private sector aerospace mogul partnering with the government to bring the program to lift-off.

“While the series can be honest to the point of polarizing its audience — choices made by multiple astronauts challenge the accepted notions of personal responsibility and heroism — The First feels like a warm blanket,” praises IndieWire critic Ben Travers. “Willimon’s elegant (what the cynics would call “slow”) storytelling helps craft an earnest, encouraging quest to the stars, deliberately told at a time when viewers may have put the next frontier at the back of their minds.”

The new Prime Original comedy Forever stars Maya Rudolph and Fred Armisen as a married couple whose comfortable suburban life gets a jolt when they shake up their familiar rhythm. It’s.

“One of the joys of Forever— and there are many — is that it constantly takes unexpected left turns, shifting the show’s premise and genre more than once, especially in the initial half of its eight-episode first season,” gushes Vulture TV critic Jen Chaney. “This is a series about marriage, but also about how readily human beings succumb to routine and resist being shaken out of it. By luring us into thinking we know what Forever is and where it might go next, then totally switching everything up on us, co-creators Alan Yang and Matt Hubbard are forcing us out of our habitual TV comfort zones, too.”

Breaking routines is also the theme of The Land of Steady Habits (2018, not rated), a comic drama of a late life reboot by a newly retired man (Ben Mendelsohn) who leaves his wife (Edie Falco) for adventure. The New York Times films critic A.O Scott describes it as “a funny, sweet-and-sour study in envy, cruelty, bad decision-making and forgiveness.”

Written and directed by Nicole Holofcener, it debuts on Netflix days after its world premiere at the Toronto International Film Festival.

One of the great political thrillers of all time, John Frankenheimer’s savage political satire The Manchurian Candidate (1962, PG-13) stars Frank Sinatra and Laurence Harvey as American G.I.s captured and brainwashed by North Koreans and returned stateside without any memory of their captivity to play their parts in an elaborate conspiracy stage-managed by Harvey’s ruthlessly ambitious mother (Angela Lansbury in an icy, insidious performance that earned her an Oscar nomination). Streaming on Amazon Prime Video.

More intimate are the dramas The Children Act (2017, R), starring Emma Thompson as a judge in family court faced with a difficult decision, and Hearts Beat Loud (2018, PG-13) with Nick Offerman as a single father who forms a band with his daughter before she goes off to college.

The Angel (2018, not rated) dramatizes the true story of an Egyptian presidential advisor who was also working for Israeli intelligence. It debuts directly to Netflix along with On My Skin (Italy, 2018, not rated, with subtitles), a true crime drama that arrives direct from the Venice Film Festival. Other foreign films making their respective American debuts include:

The four-part documentary Pistorius (2018) charts the career and downfall of South African Paralympic and Olympic sprinter Oscar Pistorius, who was tried for the murder of his girlfriend, Reeva Steenkamp, in a much-publicized trial.

A young man alone in an Antarctica outpost faces deadly creatures Cold Skin (2017, not rated), a horror film set in 1914.

Jake Gyllenhaal stars as a civilian who lost both legs in the 2013 Boston Marathon bombing in Stronger (2017, R), based on a true story (Prime Video and Hulu).

Past seasons of four series created by Tyler Perry for the OWN channel are now available: The Haves and the Have Nots, If Loving You is Wrong, The Paynes, and Love Thy Neighbor.

True stories: Grace Jones: Bloodlight and Bami (2017, not rated) profiles the distinctive entertainer onstage and off.

Foreign affairs: a vengeful ghost arises in The Housemaid (Vietnam, 2017, not rated, with subtitles), a horror film set in 1953 French Indochina.

The Deuce: Season 2, David Simon’s drama of the skin trade in New York City of the 1970s, is back with new episodes arriving Sunday nights.

The fundraising special Stand Up to Cancer (2018, TV-PG) celebrates its tenth anniversary.

Available Saturday night is Pitch Perfect 3 (2017, PG-13) with Anna Kendrick, Rebel Wilson, and the a cappella gang back for one more chorus.

TCM Select Pick of the Week is Ernst Lubitsch’s delightful romantic comedy The Shop Around the Corner (1940) starring James Stewart and Margaret Sullavan as Budapest department store employees who bicker by day but unknowingly woo one another as pen pals at night. The master of dry wit plays his irony with a soft, sentimental touch here and creates a community of fellow employees with just as much sensitivity, especially Frank Morgan as their fatherly boss, who hides the pain of his private life with a generous and comforting exterior. There’s not a false note in this sweet and delicate film. Streams through December 27

It’s one of fourteen features in the “Director of the Week: Ernst Lubitsch” collection, which spans his career from his German silent movies through the romantic operetta The Merry Widow (1934) with Maurice Chevalier to To Be or Not to Be (1942) and Cluny Brown (1946).

The second season of the Australian mystery series Jack Irish with Guy Pearce and Marta Dusseldorp is streaming in its entirety.

Alison Steadman and John Cleese star in the British sitcom Hold the Sunset, which makes its stateside debut.