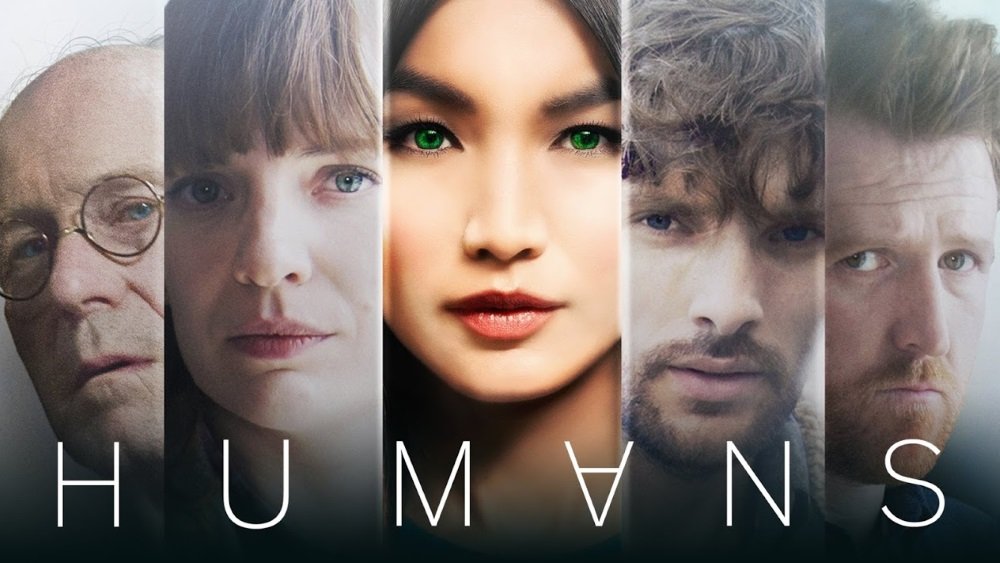 Humans: Season 1 is a British remake of a Swedish TV show, a near-future science fiction drama that played in the U.S. on AMC, a channel with some success in near-future drama thanks to The Walking Dead.

Humanity is doing just fine in this series and instead of the undead, we’ve created an entire culture of robots that look and act human and serve as domestic help and menial workers. Which has the potential of being just as dangerous if you’re the paranoid type, or have seen or read any robot science fiction of the past century.

They’re called synthetics, or synths for short, and despite widespread use, many people are uncomfortable with their blank, unemotional presence. Laura (Katherine Parkinson), an overwhelmed mother of two teenagers, is wary after her husband Joe (Tom Goodman-Hill) brings home a housekeeper model named Anita (Gemma Chan). Anita is great with the youngest daughter, who finds the attention and soothing manner more maternal than mom’s frazzled, overworked personality—Anita becomes part beloved pet, part affectionate domestic, and part idealized parental stand-in—while the teenage son is thrown off by the fact that Anita is gorgeous. Hormones are complicated enough without an animated sex doll in the house (and yes, she has a sexual compliance switch). But what really bothers Laura is that Anita has moments that suggest she’s channeling a past life. Which, in fact, she is.

William Hurt co-stars as one of the creators of the synth program, now an old, ailing man who treats his failing synth like a son, and Colin Morgan (the young Merlin from the BBC series of the same name) is a human trying to protect a group of synths who have become sentient. That’s right: someone introduced experimental code that made them self-aware and gave them an emotional life. And, it turns out, this outlaw band of software brothers and sisters are not the only self-aware synths hiding in human society.

Like most of the best science fiction shows, it uses the premise as a metaphor to explore issues of identity, prejudice, family, class, and power. These synths form emotional attachments, have human feelings like compassion and guilt as well as disgust and anger at the degrading treatment of synths by humans (there are, of course, pleasure models in the brothels—now 100% free of human interaction!—and there’s an underground society that makes sport of destroying stray models they have captured for their arena games), and feel solidarity with and loyalty to one another. And at the center of it is the evolution of the relationship between Anita and her human family, which transforms when she regains her self-awareness, even though her own personality doesn’t change appreciably. It’s the evolution of the human characters as they overcome prejudices and accept these evolved synths are people in their own right, however, that makes the show compelling.

There are 8 episodes and a second season has been announced.

Pingback: What to watch: Julian Fellowes' 'Doctor Thorne' on Amazon, Maria Bamford is 'Lady Dynamite' on Netflix - Stream On Demand
Comments are closed.