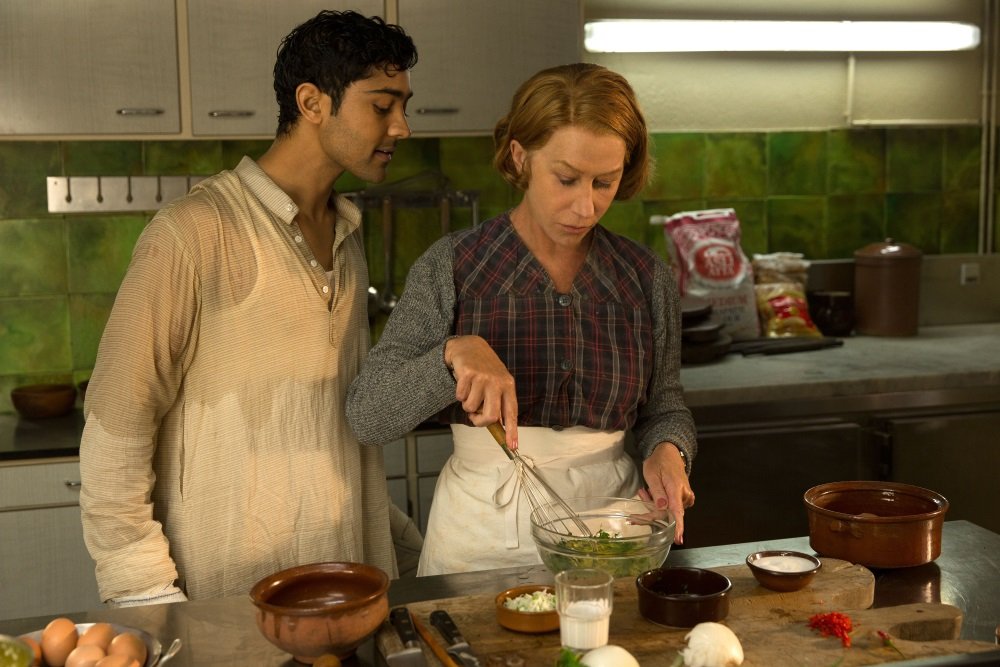 The Hundred-Foot Journey (2014) is a film for our culture: a feel-good foodie drama of racial tolerance, cross-cultural acceptance, and fusion cuisine. It’s produced by Steven Spielberg and Oprah Winfrey and directed by Lasse Hallstrom (the classiest of contemporary feel-good filmmakers) and it stars Helen Mirren as the bastion of fine French cuisine and unshakable tradition in the prettiest little village in the South of France you’ll ever see in a movie.

The journey of the title is the distance between Mirren’s French restaurant, a one-star Michelin bastion of the region, and a new Indian restaurant opened by an immigrant family headed by Om Puri and represented in the kitchen by Manish Dayal, who learned the art from his late mother. There is a very underplayed romance between Dayal and Charlotte Le Bon, the young sous chef of Mirren’s establishment, but it is so understated you wonder if it’s actually catching fire at all.

There’s not a beat here that you will surprise you, nary a narrative turn you won’t see coming. While the proprietors go to war, hammering the Mayor with hassles about noise, zoning, and all sorts of nuisance complaints, Le Bon introduces Dayal to French cooking and it turns out that he’s a natural. Competition turns into cooperation and Mirren sponsors his entry into the world of competitive cuisine.

But it’s sweet and affectionate, lovely to look at, and appreciative of the evolution that all the characters make on their own journeys. And if you love food, this film celebrates cuisine as an art, a communal experience, an act of affirmation, and a way of sharing. Pair it with a nice Bordeaux… or perhaps a cup of green tea.

Leaves HBO Max at the end of August. Add to My List.

, iTunes, GooglePlay, Fandango, Vudu and/or other services. Availability may vary by service.
The Hundred-Foot Journey [Blu-ray]