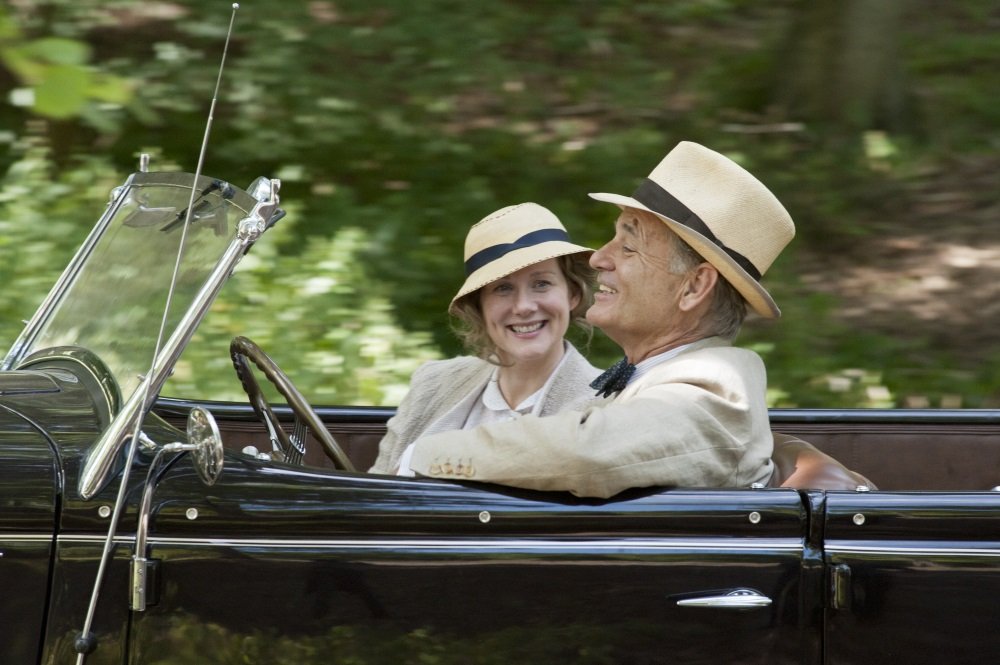 Hyde Park on Hudson (2012) stars Bill Murray as Franklin D. Roosevelt and Laura Linney as his distant cousin Margaret “Daisy” Suckley. She is our guide, of sorts, when she is invited to the Roosevelt vacation manor to be a companion and confidante while the president hosts the King and Queen of England (Samuel West and Olivia Colman)—the first ever American visit of a reigning British monarch—as World War II looms.

More than that, however, the spinster Daisy becomes Roosevelt’s lover, and not his first. Eleanor (Olivia Williams), who runs the manor with clipped efficiency and plays the first lady at every public function but otherwise leads her own life, tacitly approves of the arrangement.

It’s based on the diaries of Daisy and seen through her eyes, just on the periphery of action, as FDR plays the self-effacing but utterly confident American President who teaches young King George VI (remember him from “The King’s Speech”?) to soften his formal image to win over the American people. Meanwhile, he’s busy wooing the ladies while the American press honors the divide between public and private lives. That’s a culture you don’t see anymore.

Roger Michell directs the charming, somewhat lightweight look at high-stakes statesmanship and a very different kind of relationship between the president and the press. It was not well reviewed but I was won over by the film’s gentle tone and Murray’s easy-going benevolence and paternal affection as FDR.

Elizabeth Marvel costars as Roosevelt’s secretary and Elizabeth Wilson is his mother.