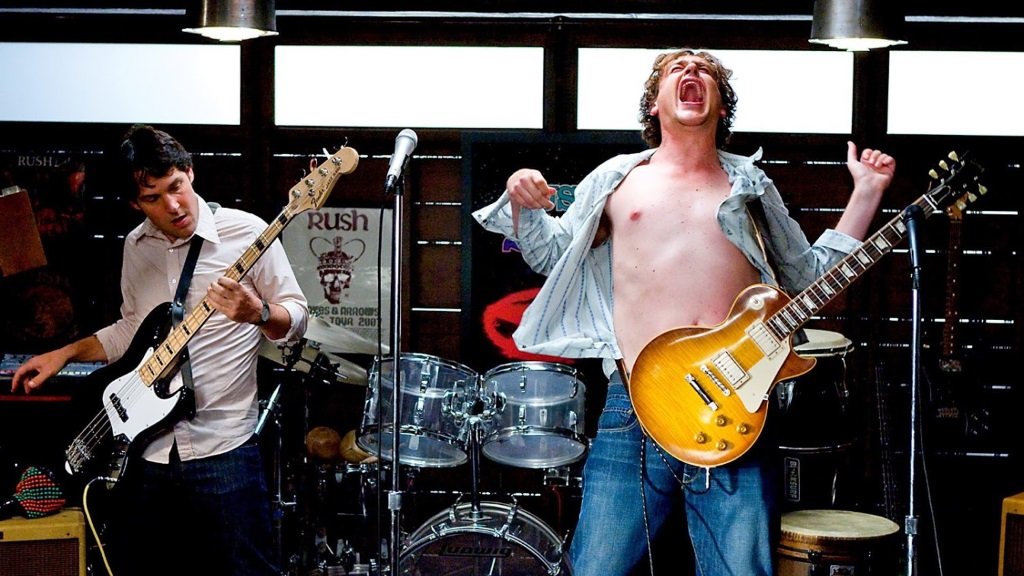 At the root of the best modern sex comedies and movies about arrested adolescents learning to man up is male friendships, something that is always taken for granted in the same films.

What’s most fun about I Love You, Man (2009), is not the way it skews the usual perspective of male friendship, observing it the same way movies chart the evolution of a romance – the awkward meeting, the nervous phone call for a first (man)date, the slow build of trust, conflicts in split attention between this new relationship and the old ones, and of course the break-up. It’s that it actually engages the concept itself, something usually taken a face value in buddy comedies.

For nice-guy real estate broker Peter Klaven (Paul Rudd), there’s nothing to take for granted. He’s been a “girlfriend guy” all his life, putting all his focus into his romantic relationships until his guy friends fell away. Now he observes the rituals between men—the quips, the nicknames, the joshing digs—but falls flat when he attempts to engage in them, talking himself into a mess of word salads and verbal circles and dead ends. What he finds in Sydney (Jason Segel), a strapping but boyish slacker who crashes one of his open houses to sample the buffet, is a man who embraces his guyness with pride but doesn’t judge Peter on his awkward attempts at impressions (which all sound the same), slangy quips, or spontaneous nicknames (see word salads and verbal dead-ends above). What Sydney finds in Peter is a buddy who hasn’t moved on to wife and kids. At least not yet. For Peter, all these blind mandates have been in the effort to find a best man for his upcoming wedding. Of course, all the male bonding has a way of creating turbulence with the fiancé (Rashida Jones).

Rudd, the most valuable player in many an Apatow supporting cast, is likable and funny and brings perfect pitch to the comedy of off-key awkwardness: talking himself in circles trying to be one of the guys, never quite picking up the vibe or falling into the rhythm, unable to shake the tone of Leprechaun from his accents and impressions. Segal straddles the line between easy-going friend and confidante and overeager, at times inappropriate oddity, never turning stalker but tipping into an undue influence in Peter’s life. For a guy who hasn’t had a best friend since turning adult, the comfort food of male camaraderie is a little like the rush of romance.

Yes, it’s a bromantic comedy, to borrow the tag from Lynn Shelton’s Humpday, but it’s also a comedy about friendship and what it means. Not in any deep, provocative, probing way, but with eyes open to the need and the emotional fulfillment of best friends, something women’s movies gush about all the time. Let’s face it, a male-centric movie has to be pretty confident in its sense of masculinity to admit such a thing. A sense of humor doesn’t hurt, either. I Love You, Man, directed with admirable restraint by co-writer John Hamburg (even with the poop jokes and blow-job references), has all that, plus Lou Ferrigno, Rush, and the always reliable J.K. Simmons as Rudd’s sardonic dad, who is perfectly at ease with the homosexuality of his youngest son (Andy Samberg) and happy to say so in terms that always sound funnier coming out of J.K Simmons’ mouth.

Leaves Netflix at the end of December. Add to My List on Netflix

, iTunes, GooglePlay and/or other services. Availability may vary by service.
I Love You, Man [Blu-ray]

I Love You Man [DVD]

The Blu-ray and DVD features the 22-minute collection of “Extras,” unused (and often hilarious) improvisations by the stars and the supporting cast from key scenes. Improvisational comedies lends themselves to this kind of supplement and there’s plenty more like it on both the DVD and Blu-ray editions: six extended scenes, three deleted scenes (rugby date, gay bowling night with the brother and wedding pictures with the groomsmen) and an eleven-minute gag reel of crackups, flubbed lines and other goofs. Director John Hamburg and actors Paul Rudd and Jason Segel provide an amiable if unfocused commentary track. Hamburg stays on point to discuss the scenes while Rudd fills in with the color commentary and behind-the-scenes stories and Segel interjects with off-the-wall comments and cracks. There’s also the usual making-of featurette and exclusive to the Blu-ray is the “red band” (aka R-rated) movie trailer.