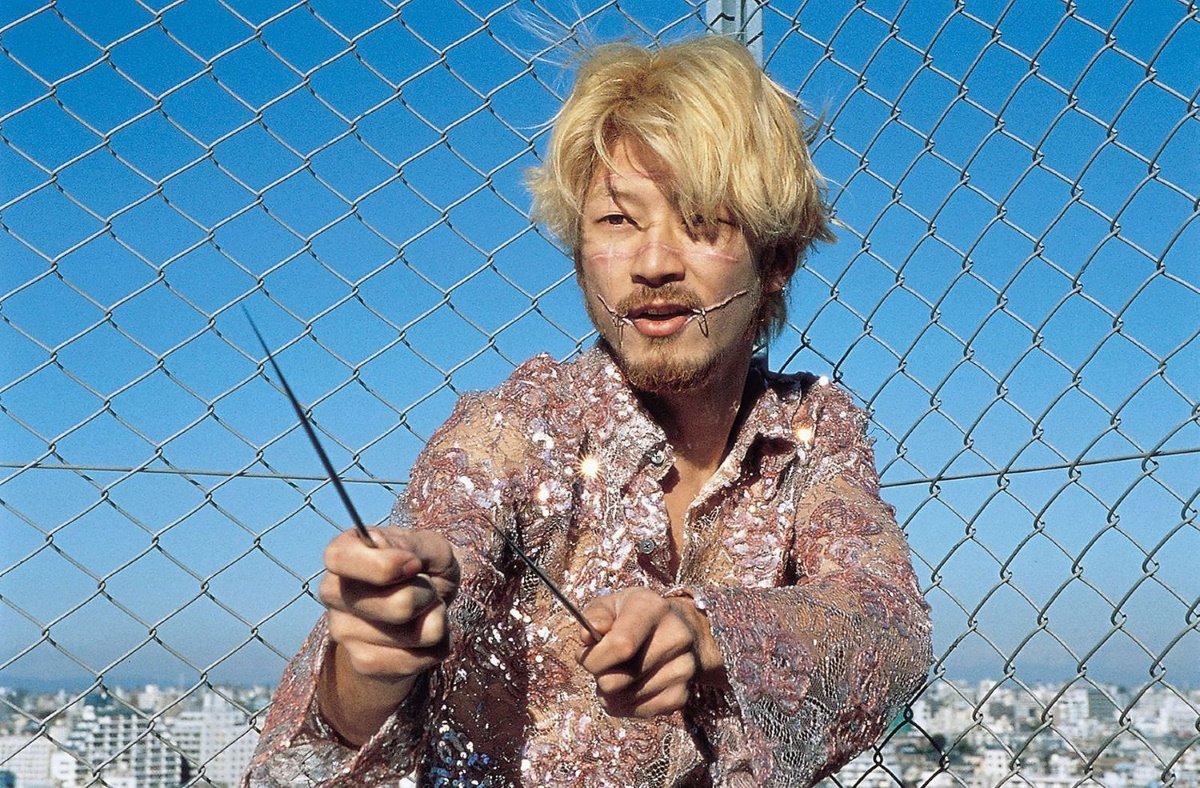 Japanese filmmaker Takashi Miike made his reputation with a string of crime movies with wild twists and extreme acts of violence. His twisted gangster tale Ichi the Killer (Japan, 2001) is one of his most extreme.

Tadanobu Asano stars as Kakihara, a sadistic mob enforcer with a mouth slashed wide from ear to ear (the bottom half of his face is held together by hoops). He looks as demonically wicked as he acts, embarking a reign of torture and bloody violence to find his missing mentor and pausing only to feed his masochistic need to be beaten and brutally abused. Meanwhile mad maniac Ichi (Nao Omori, looking more like a morose sad sack than serial killer) is spraying a bloody swath through town, leaving little more than flesh and blood caked on the walls where his victims once stood.

Miike’s twisted gangster tale, adapted from the manga by Hideo Yamamoto, is the Niagara Falls of gushing blood cinema, a depraved, demented exercise in excess. It’s also, like many of Miike’s efforts, indulgent, overlong and more impressively calculated than dramatically motivated. Which is exactly what his fans love about him.

Kakihara hangs a rival leader from fishhooks pierced through his flesh, sinks spikes through his cheeks, and douses him in boiling oil, and that’s just the first few minutes. Limbs are pulled from sockets (leaving meaty strands hanging out of the open wounds), a tag team of twin torturers slice and dice a prostitute, and numerous torsos spill forth guts and gore and intestines across many a floor. And wall. And ceiling. And… you get the idea.

It’s a cult classic of extreme cinema but for strong stomachs only.

The Blu-ray and DVD feature commentary by director Takashi Miike and manga artist and author of the original story Hideo Yamamoto (in Japanese with English subtitles).