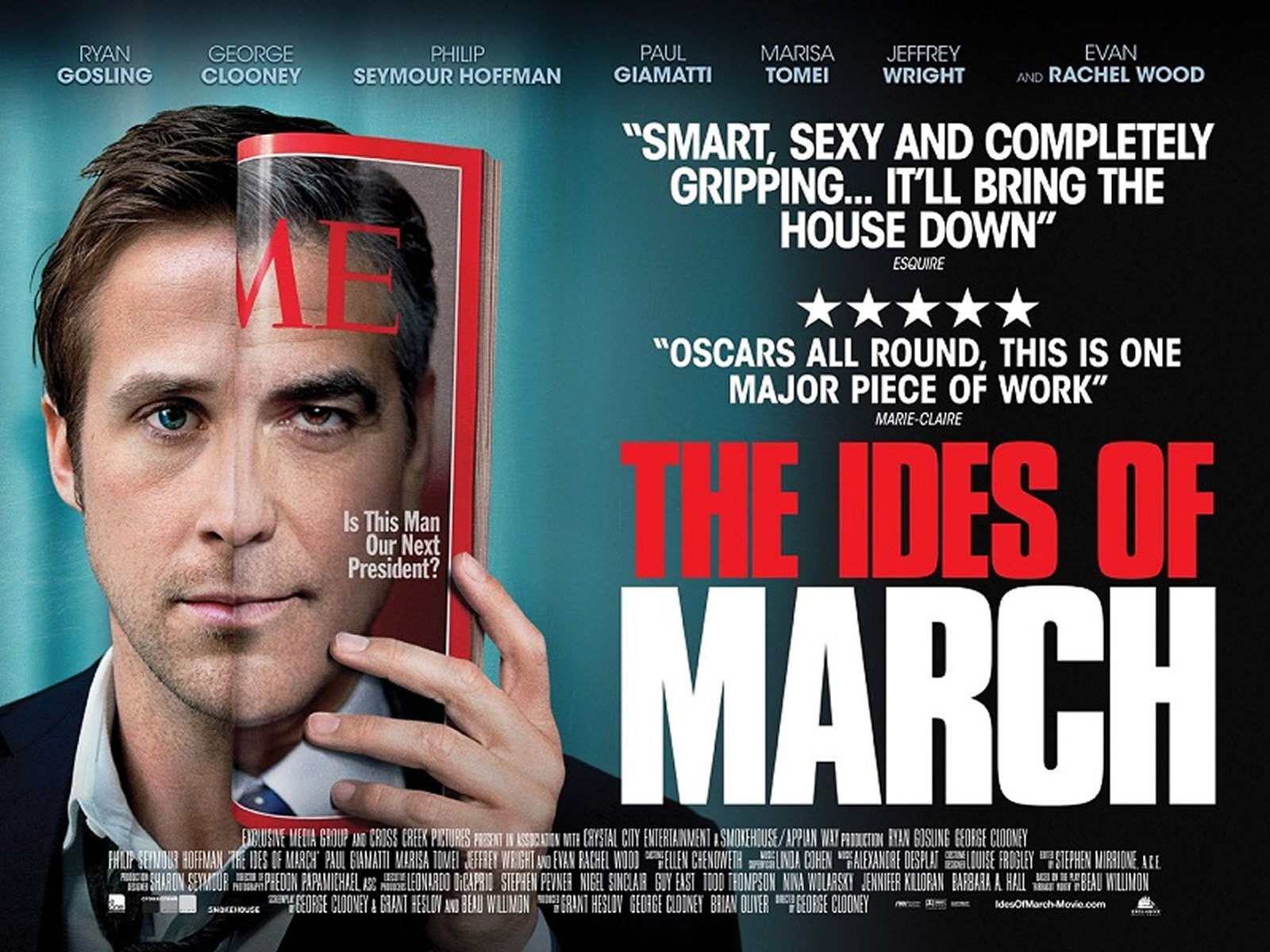 George Clooney seems born to the mantle of presidential candidate in The Ides of March (2011), a political drama loosely inspired by the Howard Dean presidential campaign and adapted from the play “Farrugut North” by Clooney (who also directs) and his producing partner Grant Heslov. He’s confident, cool, charming and looks every inch the telegenic veteran politician navigating the turbulent waters of the modern election cycle.

But while Clooney is the bedrock of the film, Ryan Gosling is the star as the passionate campaign operative who is as dedicated as he is savvy. This driven, clever young man is a brilliant electioneer who is also a true believer, which is also his weakness when he becomes disillusioned in his candidate and in the campaign process.

Unfortunately, the film’s portrait of a cynical political landscape and idealized political figures with all-too-human failings doesn’t tell us anything we haven’t seen play out in real life in past elections. The dramatic revelations lack the weight of tragic flaws that drive Gosling’s character to takes such career-threatening risks and the election drama seems almost quaint in light of the carnival sideshow that the current primary season has become. It’s ultimately less political thriller or election allegory than morality play in partisan dress.