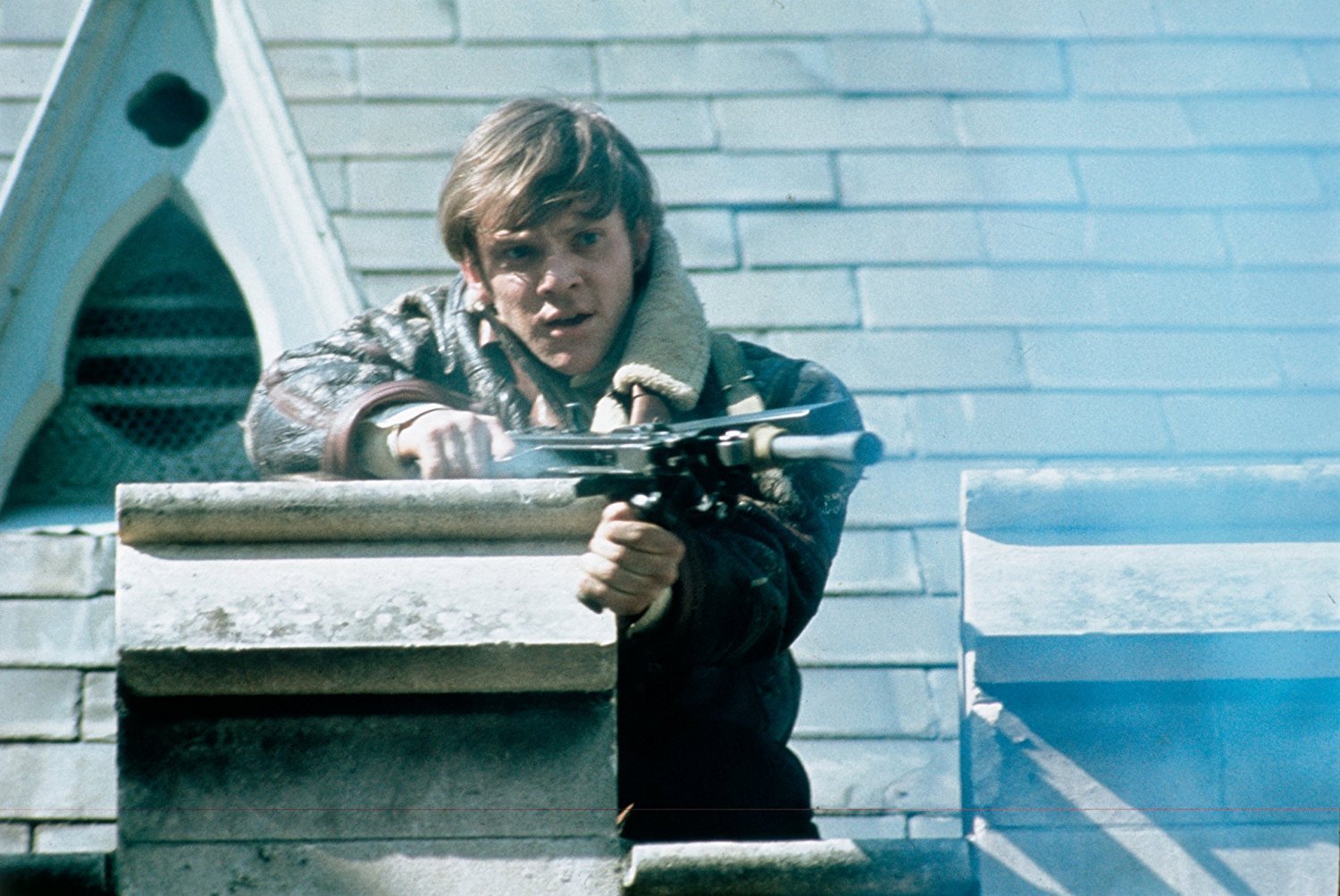 Lindsay Anderson captured the fancy of a generation of British youth with If… (1968), his savage satire of the regimented British education system and bullying “public” schools. In 1968 the time and tenor was ripe for a rebel yell, but while the picture stands a rallying cry for a generation, its celebration of individualism and challenge to authority remains timeless.

Malcolm McDowell is alternately cocky and brooding as the nonconformist Mick, a student whose constant defiance of rigid power structure draws the wrath of the “prefects,” the seniors who’ve risen to positions of authority and lord their power over the students like slavemasters. As the oppression becomes more severe Mick and his mates rebel in increasingly provocative acts, culminating in a violent act of armed revolt that recalls Jean Vigo’s Zero For Conduct, another classic of youthful rebellion against the repressive school officials, as reinterpreted by Jean-Luc Godard.

Anderson’s mix of realistic detail and absurdist elements creates a surreal quality to the film, which is only heightened by the arbitrary jumps between B&W and color (reportedly due to a budget crisis but a surprisingly effective technique regardless). Anderson continued his caricature of modern British society with the excellent O Lucky Man (also starring McDowell), but never matched the restless energy and creative exuberance of this anarchic classic.

It won the Palm d’Or at Cannes and was nominated for two BAFTAs.

Add to My List on Criterion Channel or stream free on Kanopy or Hoopla, which are available through most public and college library systems.

, iTunes, GooglePlay and/or other services. Availability may vary by service.
If… (The Criterion Collection) [Blu-ray]

If… (The Criterion Collection) [DVD]

Criterion’s Blu-ray and DVD releases feature the original British version of the film (it was cut down to get an R rating in the U.S.) in a transfer supervised by cinematography Miroslav Ondrícek and assistant editor Ian Rakoff. Malcolm McDowell joins film critic and historian David Robinson on the commentary track and the special includes Anderson’s Academy Award-winning 1954 documentary short Thursday’s Children, narrated by Richard Burton, and the 2003 episode from BBC Scotland’s TV series “Cast and Crew” about If…, featuring interviews with McDowell, Ondricek, Rakoff, director’s assistant Stephen Frears, producer Michael Medwin, and screenwriter David Sherwin. Also features an original interview with actor Graham Crowden (the History Master). The accompanying booklet features essays by critic David Ehrenstein and screenwriter David Sherwin, and an interview with director Lindsay Anderson conducted by… Lindsay Anderson.