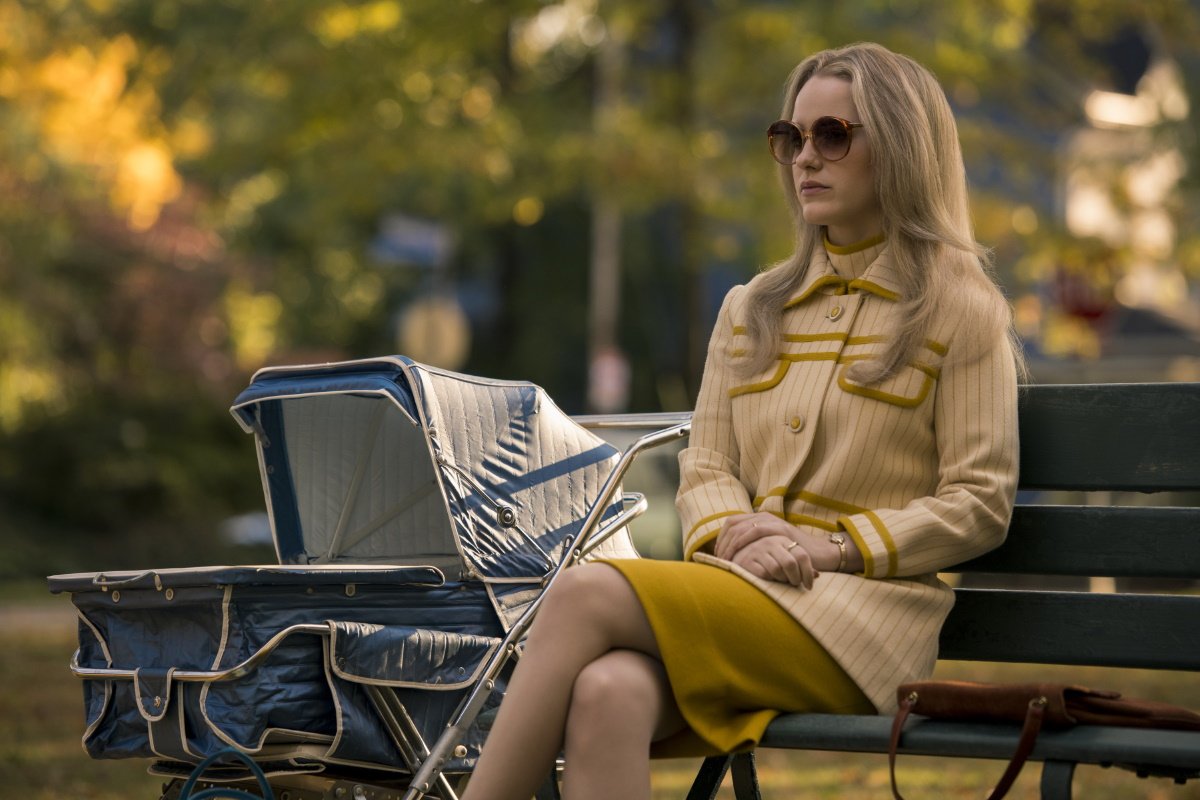 “I’m Your Woman” (2020, R) stars Rachel Brosnahan as a housewife who goes on the run when gangsters come after her husband (Bill Heck), who has kept his criminal life hidden from her, and she’s forced to fend for herself when they come for her. Julia Hart directs this 1970s throwback crime thriller costarring Arinzé Kene and Marsha Stephanie Blake. (Amazon Prime Video, also available in HDR)

The Broadway musical comedy “The Prom” (2020, PG-13), about a group of stage actors who descend on a small Indiana town to support a lesbian couple barred from attending their high school prom, comes to the screen from director Ryan Murphy with Meryl Streep, Nicole Kidman, Andrew Rannells, and James Corden as the Broadway performers. (Netflix)

Meryl Streep also stars in “Let Them All Talk” (2020, R) as novelist with writer’s block on a sea cruise with old friends (Candice Bergen and Dianne Wiest) she hasn’t seen in some time. Steven Soderbergh directs the film, which was partly improvised, and Lucas Hedges and Gemma Chan co-star. (HBO Max)

“Mr. Jones” (2020, not rated) tells the story of the journalist (James Norton) who broke the story of the 1930s Russian famine to the rest of the world. Vanessa Kirby and Peter Sarsgaard costar in the film directed by Agnieszka Holland. (Hulu)

The LGBTQ coming-of-age drama “Funny Boy” (2020, not rated) chronicles a young man coming to terms with his sexuality amidst the political strife of Sri Lanka of the 70’s and 80’s. It makes its American debut a week after premiering in Canada. (Netflix)

Colin Firth and Julie Walters star in “The Secret Garden” (2020, PG), the latest adaptation of the beloved novel by Frances Hodgson Burnett about an orphaned girl (Dixie Egerickx) who finds a magical garden hidden in her uncle’s estate. (Hulu)

A young girl in 17th century Ireland meets a girl from a rural tribe who transforms into a wolf at night in “Wolfwalkers” (2020, PG), an animated fable from filmmakers Tomm Moore and Ross Stewart, who draws upon Irish folklore and imagery for their hand-drawn film. (Apple TV+)

A group of teenage girls crash land on a deserted island in “The Wilds: Season 1” (not rated), a young adult survival thriller that unfolds as a mystery when they discover they did not end up there by accident. All 10 episodes available. (Amazon Prime)

The limited series legal thriller “Your Honor” (TV-MA) stars Bryan Cranston as a New Orleans judge who will do what it takes to save his teenage son after a hit-and-run involving the son of a mobster. New episodes each Sunday. (Showtime Anytime)

Drew Barrymore is a comedy actress who swaps places with her ambitious stand-in in the comedy “The Stand-In” (2020, R). Also new this week:

The documentary limited series “The Surgeon’s Cut” (not rated) profiles four ground-breaking surgeons from around the world.

The animated short film “Canvas” (2020, G) explores loss and grieving through the story of a painter searching for inspiration to create again.

“Valley Girl” (2020, PG-13), a musical adaptation of the 1983 romantic comedy, stars Jessica Rothe as a 1980s Valley Girl and Josh Whitehouse as a punk rocker from Hollywood. (Amazon Prime and Hulu)

A twist on the contagion thriller, the surreal “She Dies Tomorrow” (2020, R) looks at what happens when people wake up knowing that they are going to die in a day. Filmmaker Amy Seimitz directs Kate Lyn Sheil and Jane Adams.

Colombian filmmaker Ciro Guerra directs the Euro-American historical allegory “Waiting for the Barbarians” (2020, not rated) starring Mark Rylance as an ineffectual magistrate and Johnny Depp as a brutal, bigoted military Colonel in an unnamed colonial outpost.

Also newly arrived are the romantic drama “God’s Own Country” (2017, not rated), about a closeted Yorkshire farmer who begins an affair with a Romanian migrant worker, and the romantic comedy “It Had to Be You” (2015, R) with Christina Miloti.

Issa Rae and Lakeith Stanfield star in the romantic drama “The Photograph” (2020, PG-13). (All HBO platforms)

More streaming TV: from England comes the limited series “The Trial of Christine Keeler” (not rated), based on the true story of the sex scandal that rocked the government in the 1960s, and “Adult Material: Season 1” (not rated), a drama about the rise a woman (Hayley Squires) in the adult film industry. (All HBO platforms)

In the mood for something less optimistic this holiday season? HBO Max adds a small slate of dystopian science fiction dramas of the seventies this month. The rediscovery of the group is “No Blade of Grass” (1970, R) from filmmaker Cornel Wilde, but there is also:

Classic: If you’ve never “Gun Crazy” (1950), be prepared to see the greatest B-movie film noir crime thriller of all time.

“Safety” (2020, PG) is an inspirational sports drama about a college football player (Jay Reeves) overcoming adversity with the help of his teammates and his community. Reginald Hudlin directs. Also new on Disney+:

Set in 1950s India, “A Suitable Boy” (2020, not rated) follows the life of university student Tanya Maniktala who discovers herself while her country defines itself as an independent nation. Mira Nair directs the limited series adapted from Vikram Seth’s bestselling novel by Andrew Davies. Two episodes available, new episodes each Monday.

Also new is the limited series “Fingersmith” (2005, not rated), based on the same Sarah Waters novel that inspired the Korean hit thriller “The Handmaiden.”

Pingback: What to stream: ‘I’m Your Woman’ on Amazon, ‘The Prom’ and ‘Funny Boy’ on Netflix, ‘Let Them Talk on HBO Max - Parallax View
Comments are closed.