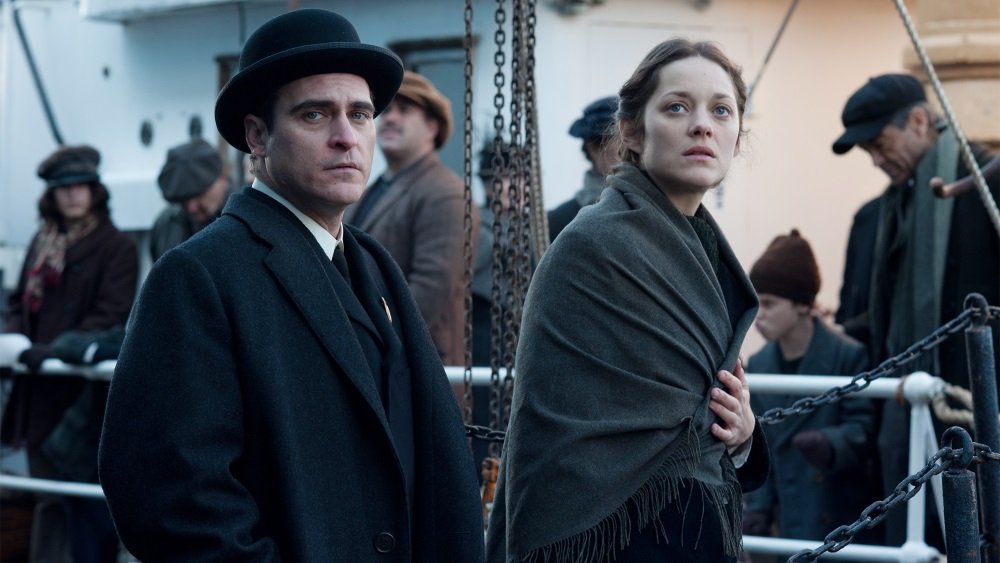 Marion Cotillard earned an Oscar nomination for her performance in the Dardenne Brothers’ Two Days, One Night but I think her best performance that year was in The Immigrant (2014). Cotillard plays Ewa, a Polish immigrant in 1921 New York who, turned away by relatives, is dependent on a mercenary burlesque producer and pimp (played with the cheap charm of a low-rent impresario by Joaquin Phoenix) for her freedom and for the money to get his sister out of quarantine on Ellis Island. (It is, of course, for bribes.)

If you think you know where this film is going based on that premise, you’ll be pleasantly surprised. The film, co-written and directed by James Gray, isn’t just about her degrading ordeal (which isn’t explicitly shown but is made awfully clear). The initially shy beauty steels herself to the hard times of life on the margins of society, disconnecting her emotions not just from her work but her every interaction in this unforgiving culture, and Cotillard invests Ewa with the fiery will to survive and save her little sister from deportation.

Phoenix, meanwhile, creates a fascinating figure of the pimp Bruno, chasing the American dream in the shadows and falling in love with Ewa as she hardens with every day on the streets. Jeremy Renner co-stars as a stage magician and rival for Ewa’s affections, though his underwritten character is easily overpowered by the vivid and nuanced portraits by Cotillard and Phoenix.

One of the wonders of the film is how Gray reveals unexpected depths and dimensions of these characters throughout their journeys. And Gray and cinematographer Darius Khondji create an atmosphere as compelling as the characters, a dreamy recreation of old New York that is both beautiful and tawdry. It’s a slow, simmering film with intense characters and a drama that demands patience and rewards with a rich drama about the American experience.

, iTunes, GooglePlay, Fandango, Vudu and/or other services. Availability may vary by service.
The Immigrant [Blu-ray]