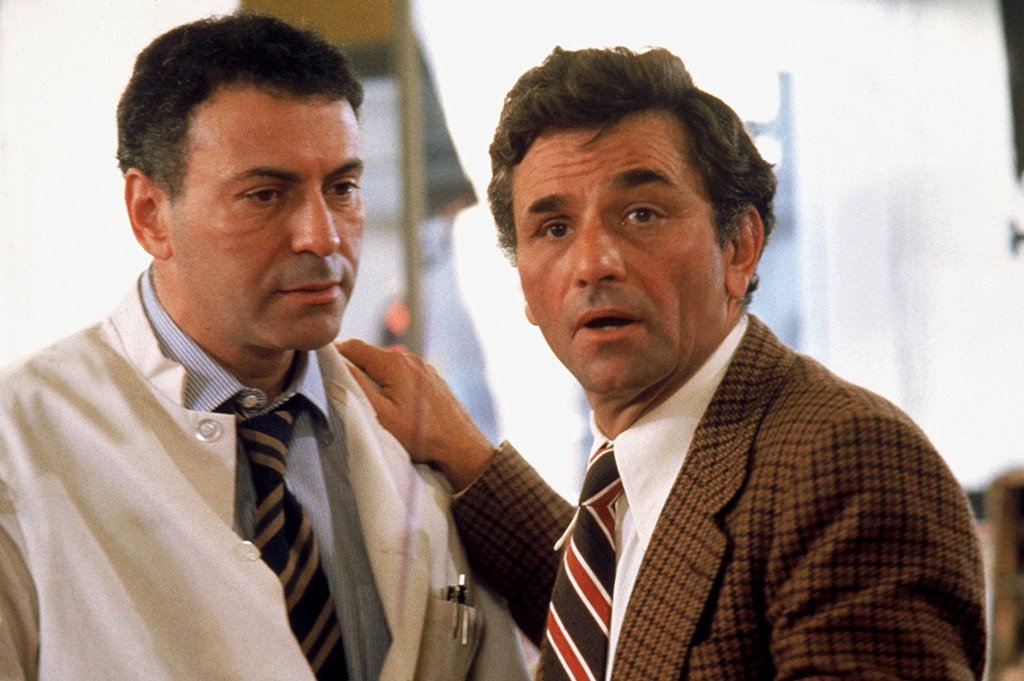 “You interested in joining the CIA? The benefits are great. The trick in not getting killed. That’s the key to the whole benefits program.”

Ever had a relative who thinks they’re part of the CIA? Ever had one who really was? The original The In-Laws (1979) tackles both at once and delivers one of the funniest American comedies of its time.

Alan Arkin stars as Sheldon Kornpett, a Long Island dentist and father of the bride who tries to hide his exasperation with the groom’s father. Peter Falk plays Vince Ricardo as a cousin to his Columbo character: schlubby, garrulous, keeping up a steady stream of small talk, crazy stories, and confessions in a calming, reassuring, gravelly tone as he drags Sheldon into a dangerous caper.

Vince, who may or may not be a CIA agent, has masterminded a federal robbery as part of an operation to quash a plot against the U.S. by the possibly insane dictator (Richard Libertini) of a small Caribbean island nation and he ropes Sheldon into the scheme. Arkin is at his sardonic, stone-faced, and dumbfounded best while Falk spins in his own orbit of reality, wry, self-effacing, talking off in tangents and always talking in a reassuring tone while uttering fabricated nonsense or outrageous confessions of national secrets.

They are a superb team, Falk keeping up a steady stream of small talk, crazy stories, and confessions of dire situations in the same calming, reassuring, gravelly tone and rhythm of Columbo, and Arkin trying to maintain his cool and keep his exasperation under control until he explodes with Jewish-American kvetching and stunned disbelief. Yet Libertini almost steals his scenes as the dictator with dreams of being a nightclub ventriloquist and an audience that dares not tell him how bad he is.

Arkin initiated the project as an opportunity to work with Falk and commissioned an original script by Andrew Bergman (co-writer of Blazing Saddles and writer/director of The Freshman). Arthur Hiller directs with a calm, understated style which serves the material perfectly.

, iTunes, GooglePlay and/or other services. Availability may vary by service.
The In-Laws [Blu-ray]

Criterion presents the Blu-ray debut and a DVD special edition with commentary by the filmmakers and stars from 2003, plus new interviews with Alan Arkin and co-stars Ed Begley Jr., Nancy Dussault, James Hong, and David Paymer.