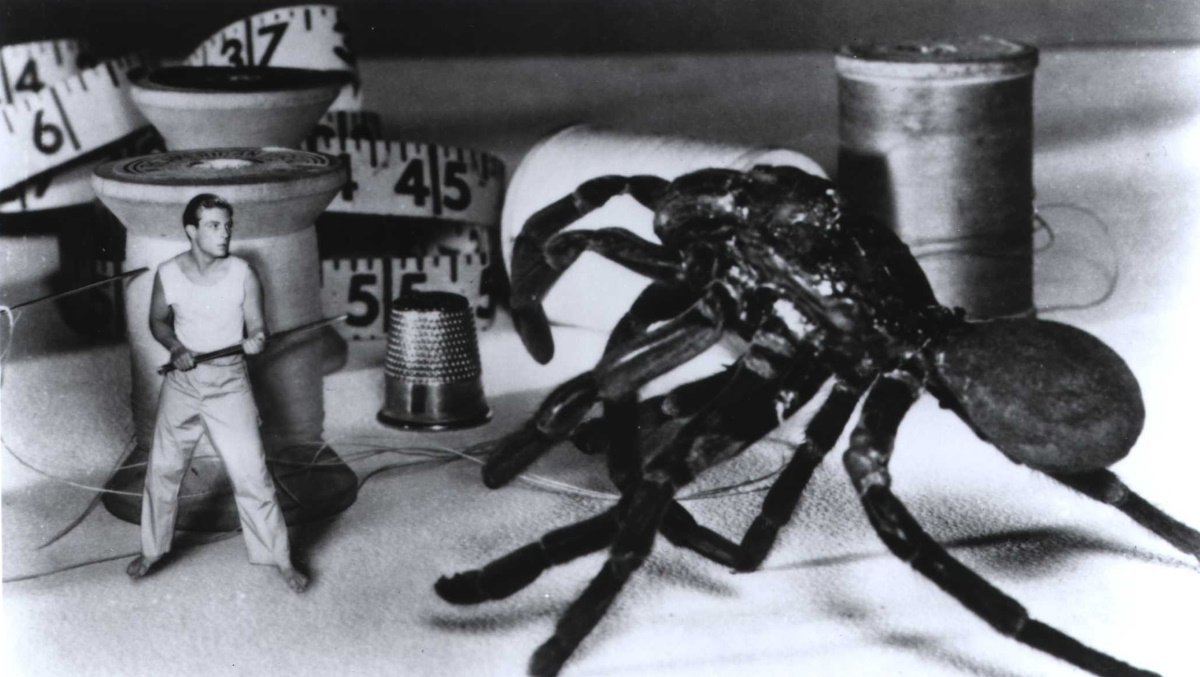 The title may sound like pure pulp but The Incredible Shrinking Man (1957), Jack Arnold’s screen adaptation of Richard Matheson’s novel The Shrinking Man, is compassionate, intelligent, and the most metaphysical American science fiction film until Stanley Kubrick’s 2001: A Space Odyssey.

Scott Carey (Grant Williams), just a guy on a daylong boating excursion, drifts through an ominous fog bank that may be a radiation cloud and against all scientific reason he begins to shrink. Screenwriter Matheson, adapting his own novel, keeps the exposition murky and unexplained and Arnold refuses to play his predicament for easy laughs or camp cruelty. Instead, he reimagines once harmless household realities as life-threatening hazards: the pet cat becomes a ferocious monster to the doll sized man, a menacing spider towers over him while he wields a sewing needle like a sword.

But the real drama is not in the spectacle (handsomely realized with clever trick photography and excellent props) but in the psyche of Williams’ increasingly diminutive hero as he deals with his sudden helplessness, his freak-show appearance in a world of giants (in one touching moment he connects with an equally petite circus midget), and the mystery of his own future as he devolves to microscopic levels.

Jack Arnold was a jack of all trade for Universal Studios but he established himself as their top science fiction filmmaker with such classics as It Came From Outer Space and The Creature From the Black Lagoon. With The Incredible Shrinking Man, however, Arnold and Matheson create the most thoughtful science fiction movies of its era, a masterpiece about a man who becomes alienated from his own everyday world as he changes that plays on both physical and metaphysical levels.