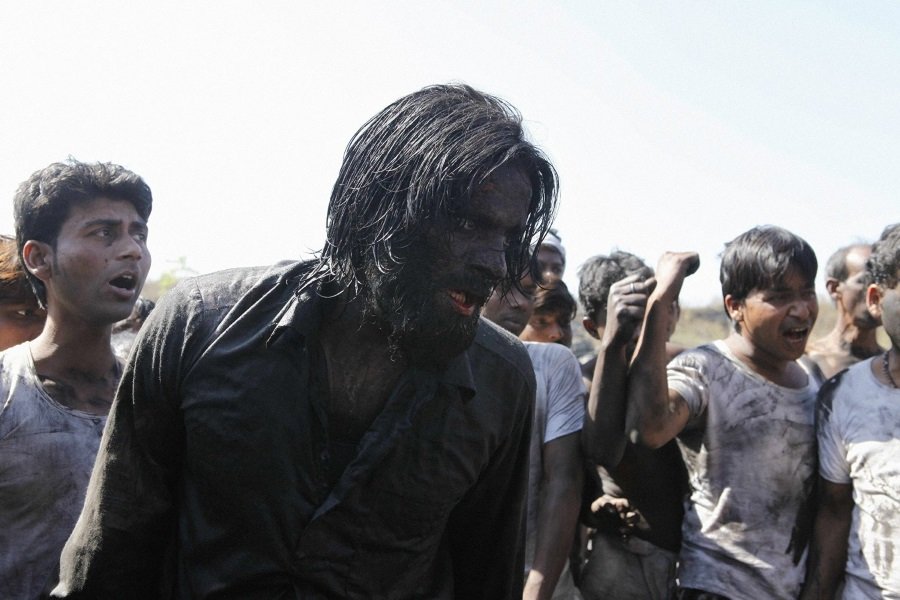 Gangs of Wasseypur (2012) is a crime epic from India that spans seven decades and three generations in the lives of two crime families: the Singh clan, which takes over coal mining town of Wasseypur in the eastern India state of Jharkhand upon independence, and the Khan clan from the impoverished working class.

Shahid Khan (Jaideep Ahlawat) moves up from robbing trains to becoming an enforcer for Ramadhir Singh (Tigmanshu Dhulia) until Singh puts out a hit on the ambitious muscleman (in the local parlance) and sets the inevitable collision in motion. Shahid’s son Sardar (Manoj Bajpayee) vows vengeance, a promise that he puts aside when one of his sons, the oddly-named Danish, marries the sister of Ramadhir’s right hand man Sultan, but those in the Singh clan see this as a calculated plot to move in on their territory and they plan a hit right out of The Godfather. In fact, The Godfather—the entire three film saga—is one of director Anurag Kashyap’s inspirations, and not just in terms of narrative scope and dramatic length (the two parts add up to 320 minutes). Gangs of Wasseypur offers a densely-woven story that puts the crime drama in historical context and traces the family drama over the course of decades as the sons of Sardar Khan become caught up in the family feud.

Inspired by a true story, Gangs of Wasseypur is technically a Bollywood musical (it has 25 original songs, according to film notes) but without the characters breaking into song and dance (the music plays as accompaniment or commentary) and without the florid romantic complications. Rather, the music powers the film, which moves quickly through the years and across the clans, and set the tone. In the traditional Bollywood musical, lovers dance rather than kiss and shared songs stand in for courtship and seduction. The lyrics of these songs (at least as expressed in the subtitles) are downright sexual and raw, more explicit that I’ve ever heard (or rather read) in a Hindi musical.

The violence is largely underplayed in the first half, more suggested than seen, but it’s a brutal world where the poor either accept their lot or turn to crime and, for the most part, prey upon their own. In the second half, the tension between the two clans—the rich Singhs, who keep their power by suppressing everyone else, and the up-from-the-streets Khans—explodes in bloody gang war. It’s a commitment—the film was released in two parts and runs almost five-and-a-half hours back-to-back (the story breaks right down the middle, a good way to spread the film over two nights)—but it never falters or slows. Kashyap uses the bright colors of the Bollywood style to create a world that burns with injustice and inequity and anger.

Queue it up on Netflix or add to queue on Fandor