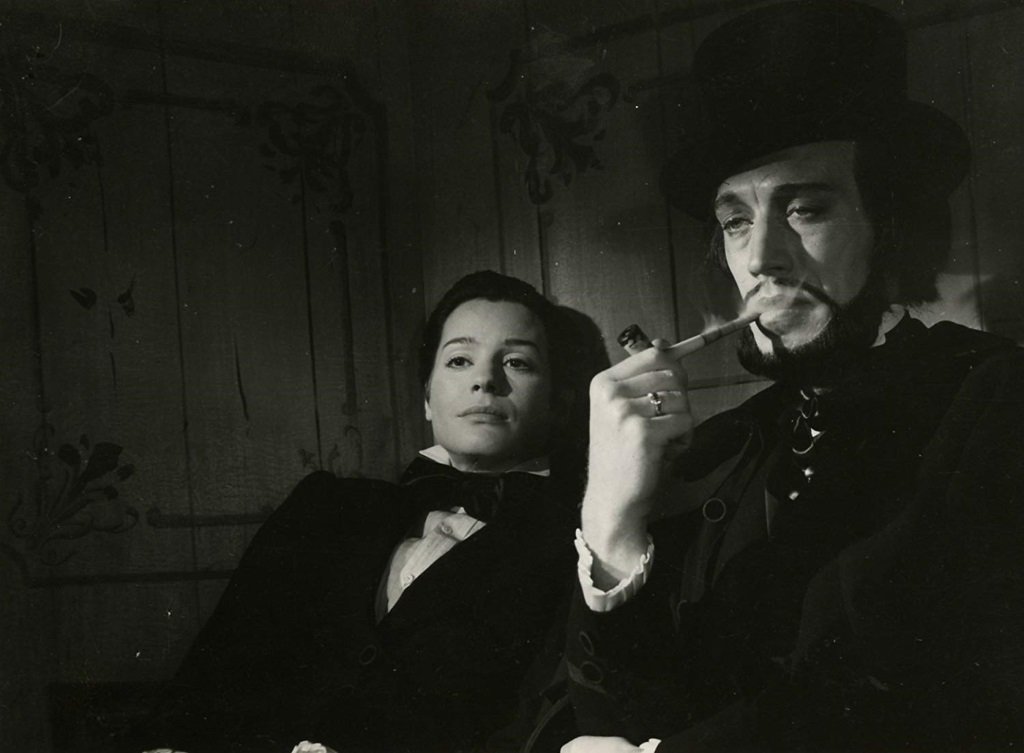 Ingmar Bergman created The Magician (Sweden, 1958), in the midst of his most fertile and prolific period of filmmaking.

It’s a chamber drama about a travelling medicine show fronted by a mute mesmerist (Max von Sydow) that enters into a battle of wills with the Minister of Health (Gunnar Björnstrand), a rationalist who considers the troupe a gang of charlatans and con artists. He’s right, of course, and Bergman constantly draws our attention to their phony potions and the tools of their trade (from magic show apparatus to the make-up and costumes they wear onstage and off). But this story of magic and reason and performance is also another of Bergman’s celebrations of the theater as both a confidence game and a beautiful mystery. And Bergman embraces the cynics and the rationalists equally and watches the shift in loyalties and ambition with a wry humor that appreciates the ironies inherent in the twists of fate.

The Magician arrived after The Seventh Seal and Wild Strawberries (both 1957) and before The Virgin Spring (1960) and Through a Glass Darkly (1961), the films that made Bergman’s international reputation, and is often overlooked in that company. In many ways, this story of magic and reason and performance is Bergman’s celebration of the theater as both a confidence game and a beautiful mystery in the form of a ghost story turned human comedy.

The atmospheric imagery of Gunnar Fischer’s magnificent B&W cinematography sets the stage for a spooky tale that takes a turn into mind games and earthy comedy presided over by a genuine fake. This sly, witty production features his great company of performers (including Ingrid Thulin, Bibi Andersson and Erland Josephson) and is an underrated Bergman film ripe for rediscovery.

In B&W, in Swedish with English subtitles

, iTunes, GooglePlay and/or other services. Availability may vary by service.
The Magician (The Criterion Collection) [Blu-ray]

The Magician (The Criterion Collection) [DVD]

Criterion’s DVD and Blu-ray releases offer an amazing presentation; the Blu-ray is rich and bold and flawless, like a film print fresh from the lab projected directly onto the screen. Both editions feature a new visual essay on the film by Bergman scholar Peter Cowie and two archival interviews: a brief (under four minute) clip with Bergman discussing the film from 1967, and a longer audio-only interview with Bergman conducted (in English) by filmmakers Olivier Assayas and Stig Bjorkman in 1990. The 36-page booklet includes a new essay by Geoff Andrew, a 1990 appreciation by director Assayas and an excerpt from Bergman’s autobiography.