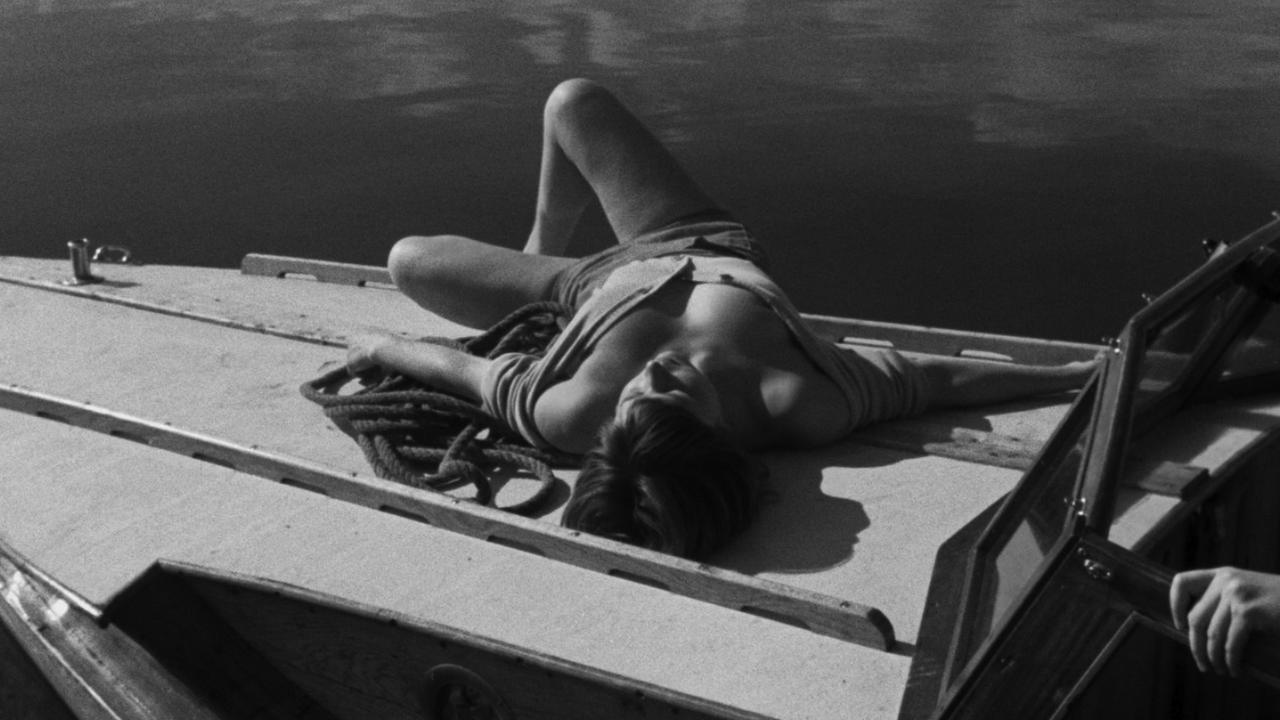 Summer Interlude (1951) and Summer with Monika (1953), the tenth and twelfth features (respectively) from Ingmar Bergman, make a fitting match set showing off the two sides of the director as he finds his voice and hones his craft as a filmmaker.

Summer Interlude was a breakthrough for Bergman: his first film built around a strong, assertive, sure woman and the first shot extensively on location, where the natural world becomes a defining reflection of the lives of his characters. And it’s a memory film, which informs so many of Bergman’s greatest works. It’s the story of a summer romance between a sunny, confident young ballet student (Maj-Britt Nilsson) and a shy scholar (Birger Malmsten) on the lush vacation islands of the Stockholm archipelago. The older ballerina, now emotionally cocooned in regret and loss, is sent back to those free and easy days when she receives a handwritten diary, and she revisits the island, now a cold, foggy corpse of its summer lushness, to come to terms with her past.

Lovingly shot by Gunnar Fischer, Bergman’s first great cinematographer collaborator, the film is steeped in metaphor: a philosophical rumination on love and loss staged as a story, with characters more like archetypes in a theatre piece. Summer is the charge of youth in the idealism of eternal vacation and the innocence of young love in all its dimensions.

Summer with Monika returns to the innocence of youth unleashed in the paradise of Sweden’s archipelago islands in high summer with Bergman’s first genuine muse Harriet Andersson in the lead. Here, summer is less a metaphor and more of the literal time of year that allows two working class teenagers, Monika and Harry (Lars Ekborg), a meek dreamer with a dreary stockroom job, to run away from the dreary, gray city and live on the islands without a care. For Monika, it is an escape from the reality of the city—her family, her job, the dull life of a working class girl—and only the reality of supplies and food and the onset of autumn’s cold weather drives her back from this ambivalent self-made Eden and back to the material world of Stockholm. This tackles the complications, the rough edges, the unseen complications in a young couple after the bloom of sexual charge gives way to living in the real world.

Both are miniatures, studies in character and idea, small in scope and ambition, full of lovely moments and delicate performances. Bergman is finding his themes and learning to express himself and they both feature with moments of grace They don’t have the depth or the breadth or the richness of his great films, but his growth as a filmmaker is apparent in these jump between these two films. Where Interlude is a lovely but sophisticated sketch for films to come, Monika brings the real world into Bergman’s ruminations and the tensions create a more powerful and resonant drama.

Add Summer Interlude  and Summer with Monika to My List.

), iTunes, GooglePlay and/or other services. Availability may vary by service.
Summer Interlude (The Criterion Collection) [Blu-ray]