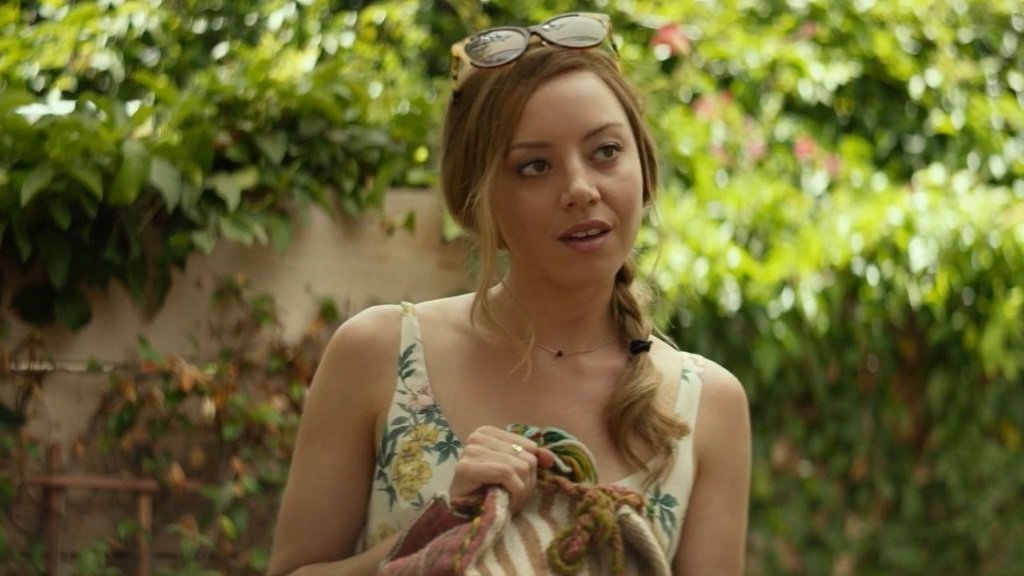 Aubrey Plaza goes full on stalker in Ingrid Goes West (2017), a discomfortingly funny satire of social media obsession and living virtually through online interaction goes into some dark places. And I don’t mean just the disturbing psychology of our manic heroine or the cutting commentary on the way social media dominates our lives. This is a comedy about loneliness, projection, obsession, and the need for acceptance.

We first meet Ingrid (Aubrey Plaza) when she crashes a wedding and attacks the bride that, it turns out, she’s never actually met except through virtual interactions. It lands her in the psych ward, where she narrates her recovery, but back out in the world she returns to social media stalking and latches on to Los Angeles Instagram celeb Taylor Sloane (Elizabeth Olsen), a new-agey vegan whose posts are sunny and upbeat, and Ingrid uses an inheritance to fly to L.A. and insinuate herself in Taylor’s well-manicured and obsessively-posted life.

Plaza plays Ingrid with a mix of neediness, loneliness, and desperation, a truly damaged person who is so eager to be a part of the life reflected on Facebook posts that she adopts the interests and manner of her obsession. O’Shea Jackson Jr. (the son of Ice Cube, who he played in Straight Outta Compton) is Ingrid’s likably nerdy landlord and he falls for the quirky Ingrid, but she is too socially obsessed to notice his genuine affection and she abuses his friendship to further her relationship to Taylor (built on a series of lies) in increasingly discomforting actions. Billy Magnussen co-stars as Taylor’s cynical, snarky, decadent brother, a train wreck of an entitled social player who upends the dynamic of Taylor’s posse and immediately tips to Ingrid’s game.

Behind the humor is a portrait of an empty vessel aspiring to the fantasy of perfect lives seen on social media while neglecting genuine human connection, and an increasingly savage satire of the obsession with social media interactions and mistaking “likes” for friendship. It’s timely and it’s funny and it’s a little sad.

Leaves Hulu on July 2. Add to My Stuff on Hulu