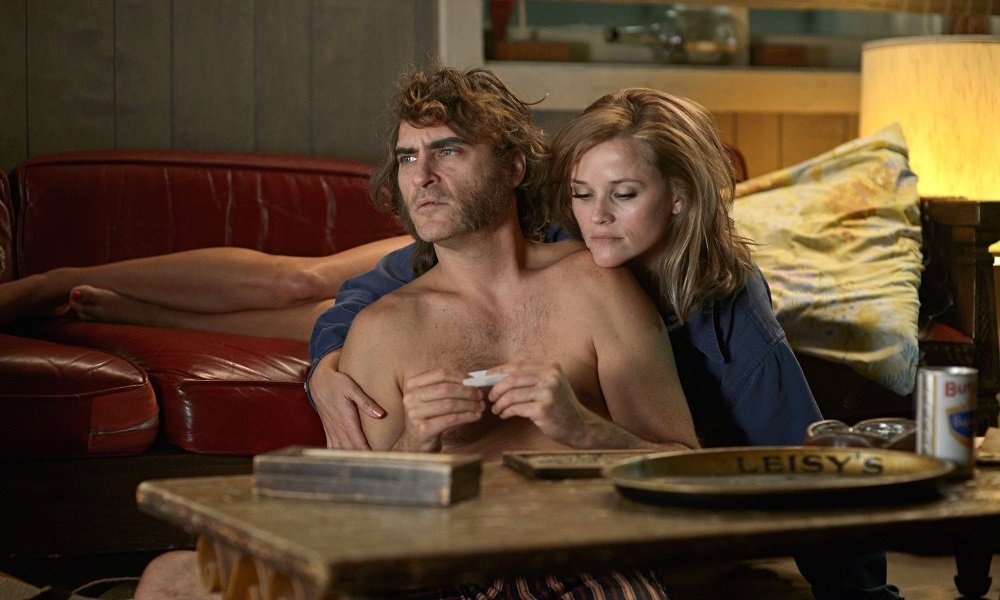 Inherent Vice (2014), Paul Thomas Anderson’s loopy take on Thomas Pynchon’s dope-infused private eye novel, earned Anderson an Oscar nomination for his ingenious screenplay adaptation and critical raves for the rich pageant of eccentrics and oddballs bouncing through 1970 Los Angeles with a post-sixties hangover. I never read Pynchon’s novel so I’ll take the word of those who insist that Anderson is faithful to the story and the spirit of the original even as he condenses and combines characters and scenes. I can say that I was drawn into this crazy world completely by Anderson and his merry pranksters, a shaggy dog mystery with a stoner Philip Marlowe applying of free-association investigative technique to various cases he’s juggling, all of which eventually tangle together in some form or another in the great tradition of the PI drama. Though “drama” is not the word I’d use for this. Absurdist flashback possibly, with socio-political commentary woven through the long, strange trip.

Joaquin Phoenix is the actor you go to for a deep plunge into character transformation. His Larry “Doc” Sportello, a joint-smoking private eye in mutton chops and beachwear, isn’t the tragic, tormented figure of The Master or the mercenary pimp with the glimmer of a soul in The Immigrant but he is equally unique, a man in his own universe that happens to cross paths with ours.

Working through a perpetual high, the aging beach bum of a detective is talked into tracking down a notorious developer by his old girlfriend Shasta (Katherine Waterston), whose return may just be the wishful thinking of his imagination, and he trips into a couple additional cases doing his rounds: finding a missing saxophone player turned federal informant (Owen Wilson) for a forlorn wife (Jena Malone) and a white supremacist thug for an old friend, and untangling a drug cartel called the Golden Fang. Not necessarily in that order. Or in any order. Meanwhile he keeps tangling with frenemy Christian “Bigfoot” Bjornsen (Josh Brolin), an uptight, hippie-hating cop with a sideline as a bit player on TV cop shows and real estate ads, and dropping in on assistant D.A. and occasional bedfellow Penny (Reese Witherspoon). Don’t try to keep the players straight. The connections are as twisty as the through line, and the narration by a part-time psychic named Sortilège (Joanna Newsom) is more beat poetry than exposition.

Anderson shot on 35mm—as much a tribute to the era it celebrates as a stand against the complete capitulation to digital production—and recreates the era without lots of digital trickery. It’s all about the atmosphere, the hazy sunlight in the city, the ramshackle beach community in the final days before developers stepped in. Audiences were confused by the tangled plot but the rambling, weirdly funny picture is the kind of crackpot odyssey I love.

On Digital VOD through Amazon Video

and other services and on disc:
Inherent Vice [DVD]