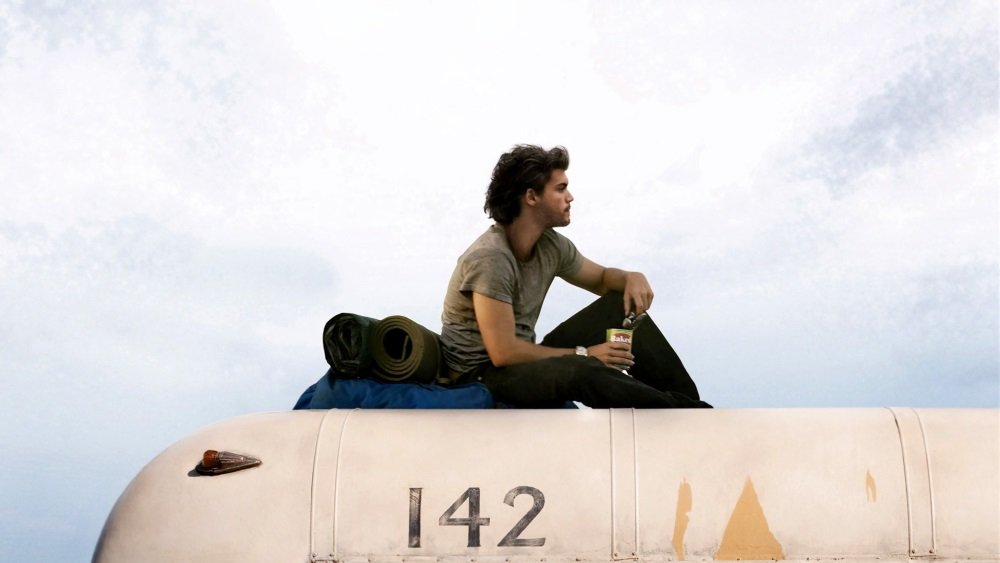 Into the Wild (2007), Sean Penn’s adaptation of Jon Krakauer’s non-fiction book, is a bracing cinematic plunge into the odyssey of Christopher McCandless.

The real-life young man fled a middle-class life of what he perceived to be the compromises and corruptions of the material world to embark on an “Alaskan Adventure,” a quest of self-reliance in the natural world guided by Thoreau and Jack London. Along the way, Christopher (beautifully played by Emile Hirsch) re-christens himself Alexander Supertramp and gives himself to the road, touching the lives of the people he meets (played by, among others, Catherine Keener, Brian Dierker, Vince Vaughn, Kristen Stewart, and Oscar nominee Hal Holbrook) without being able to connect with or commit to any of them.

Penn throws you headlong into the romance of the journey and the buzzing thrill of his quest with spectacular imagery and textures that you can almost feel in the space between the audience and the screen. And he embraces the rush of Christopher’s idealized, poetic notion of man alone in nature while acknowledging (and even, in a way, appreciating) the self-involved immaturity of the young man who is convinced that he knows it all. As the quest unfolds, Penn uncovers the emotional damages that underlies the flight from the betrayals of his past. The painful beauty of the film is how Penn embraces every level of meaning and experience simultaneously.

At over 2 ½ hours, Into the Wild has a ragged glory, as if hewn from a surfeit of raw materials with unbound creative conviction. There were more polished films and more finely-honed narratives in 2007, but there were none with as much passion as Penn brings to this labor of love. Marcia Gay Harden and William Hurt co-star as the parents and Jena Malone plays Christopher’s sister.

It earned Academy Award nominations for supporting actor Hal Holbrook and for film editing, and appeared on scores of top ten lists from film critics and organizations across the country.

, iTunes, GooglePlay and/or other services. Availability may vary by service.
Into The Wild [DVD]

Into The Wild [Blu-ray]

The single-disc edition features no extras. The 2-Disc Collector’s Edition DVD and Blu-ray include the 20-minute featurette “Into the Wild: The Story, The Characters” and the 17-minute “Into the Wild: The Experience” from Laurent Bouzreau, the best of the directors who specialize in DVD supplements.