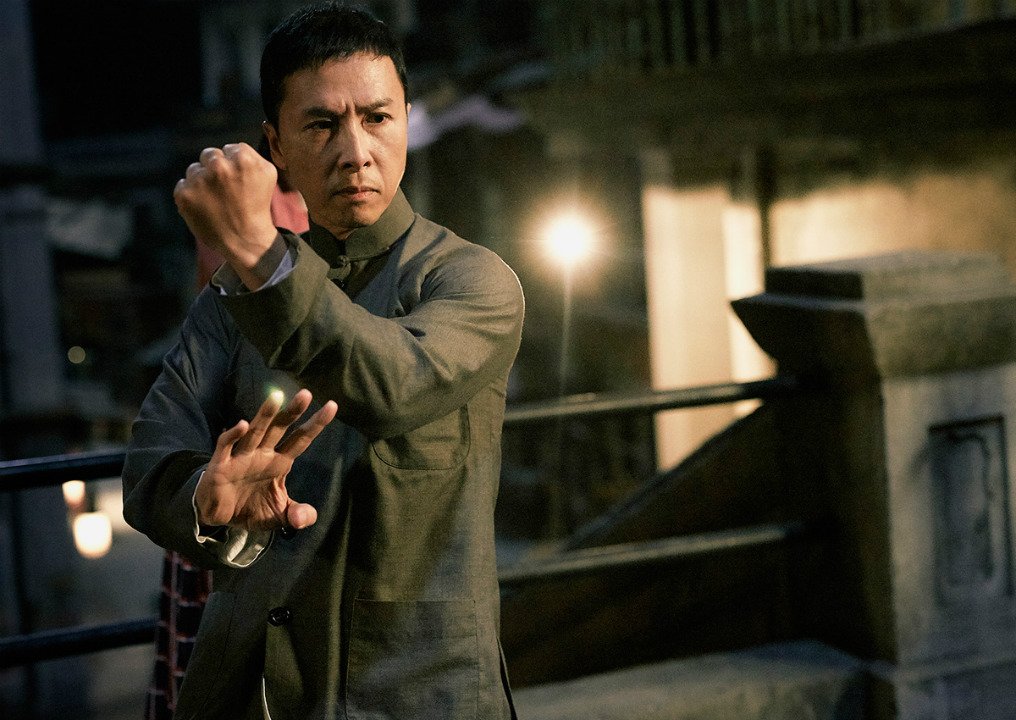 Ip Man 3 (Hong Kong, 2015) brings Donnie Yen back for one more portrayal of the real-life martial arts master who kept Wing Chun alive during the Japanese occupation in World War II and went on to mentor a generation of students, including Bruce Lee.

This third chapter is set in late 1950s Hong Kong, where he runs a celebrated martial arts school, and pits him against a ruthless gangster named Frank, who is played by Mike Tyson. Tyson is only in a few scenes and he sends his thugs out to do his dirty work, specifically to strong arm the principal of the local elementary school into selling out to him. When Master Ip (whose son attends that school) and his disciples drive them off, they kidnap the students and threaten to sell them into slavery. Because there are no half measures in their brand of intimidation.

Directed by Wilson Yip, it’s a handsome production and busy film with plenty of activity around a simple plot that stitches together familiar martial arts movie clichés. Along with the honorable master taking on the gangsters, there’s a corrupt British commander in league with Frank, a rival Wing Chun teacher (Jin Zhang) who is alternately an ally and an enemy to Ip, and a fatal illness that prompts Ip to drop out of public life to care for his ailing wife.

This last story is at least loosely inspired by real life events. The rest of pure dramatic invention and mostly just busy work to give the film lots of spectacular fight scenes, from impressive collisions of gangs to Ip taking on a brigade of thugs singlehandedly (one fight in a shipyard in the skeleton of a boat frame is particularly inventive) to a private showdown with the rival master.

Yen remains the main attraction here as the aging Ip. He invests the character with modesty and integrity and brings grace and precision to the fight scenes. In contrast to the furious movements of the younger thugs in the criminal gang, Yen’s movements are a model of minimal effort for maximum effect. He embodies the philosophy of Ip in his every dimension, which is surely part of the reason these films are such popular screen incarnations of the legendary martial artist.

Add to My List on Netflix or to My Watchlist on Amazon Prime Video or watch free on Hoopla, which is free through most public and college library systems.