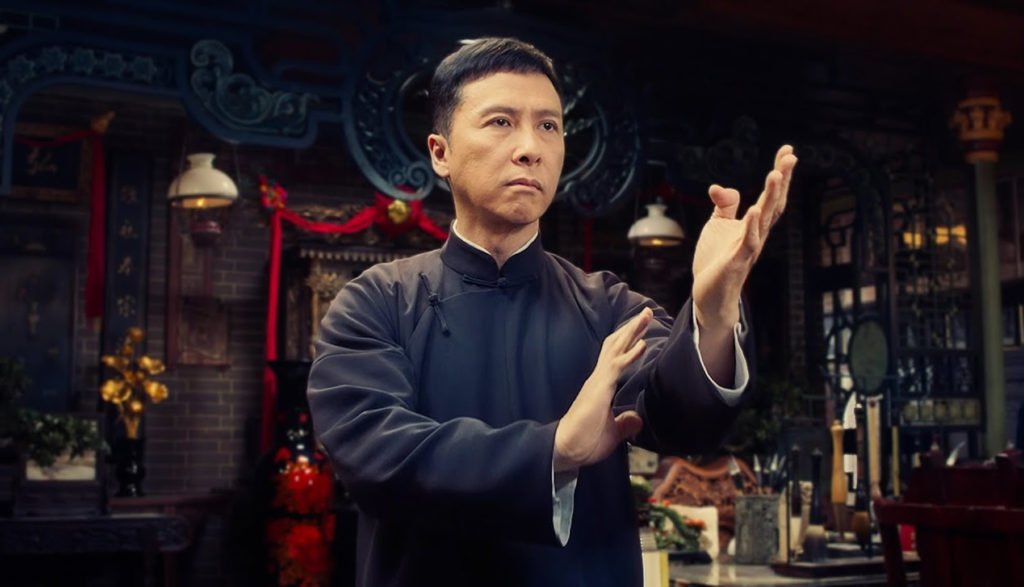 Martial arts movie star Donnie Yen returns to the role of legendary Wing Chun master Ip Man in Ip Man 4: The Finale (Hong Kong, 2019), the final film in the series based (very loosely) on his life.

This film, set in 1964, sends Ip Man to San Francisco, where his student Bruce Lee (played by Danny Kwok-Kwan Chan) competes in an international martial arts tournament. The underlying reason for the journey, however, is that he has been diagnosed with cancer and, as a widower with rebellions teenage son, he wants to find a good school to ensure his son’s future. Ip Man’s search exposes him to the bigotry that Chinese immigrants and Chinese-American citizens face in 1960s American society. Scott Adkins, a gifted martial artist and American B-movie action star, plays a particularly racist Marine officer who champions the brute force of karate over Chinese martial arts in Marine training and becomes Ip Man’s nemesis in the climactic fight.

The conventions may play as overly melodramatic to American audiences and the story plays very loose with history but it is engaging and entertaining and Yen’s stillness and restraint amidst the action give Ip Man innate quiet dignity and humility. Wilson Yip is back as director and Yuen Wo-Ping, the master martial arts action director whose career includes some of the greatest Hong Kong action films, Crouching Tiger, Hidden Dragon, and the Matrix movies, choreographs the impressive fight scenes. The series was huge in Asia and is popular among martial arts movie fans in the U.S. and this offers a fitting conclusion.

In Mandarin with English subtitles.

The Blu-ray and DVD released from Well Go include three short promotional featurettes.