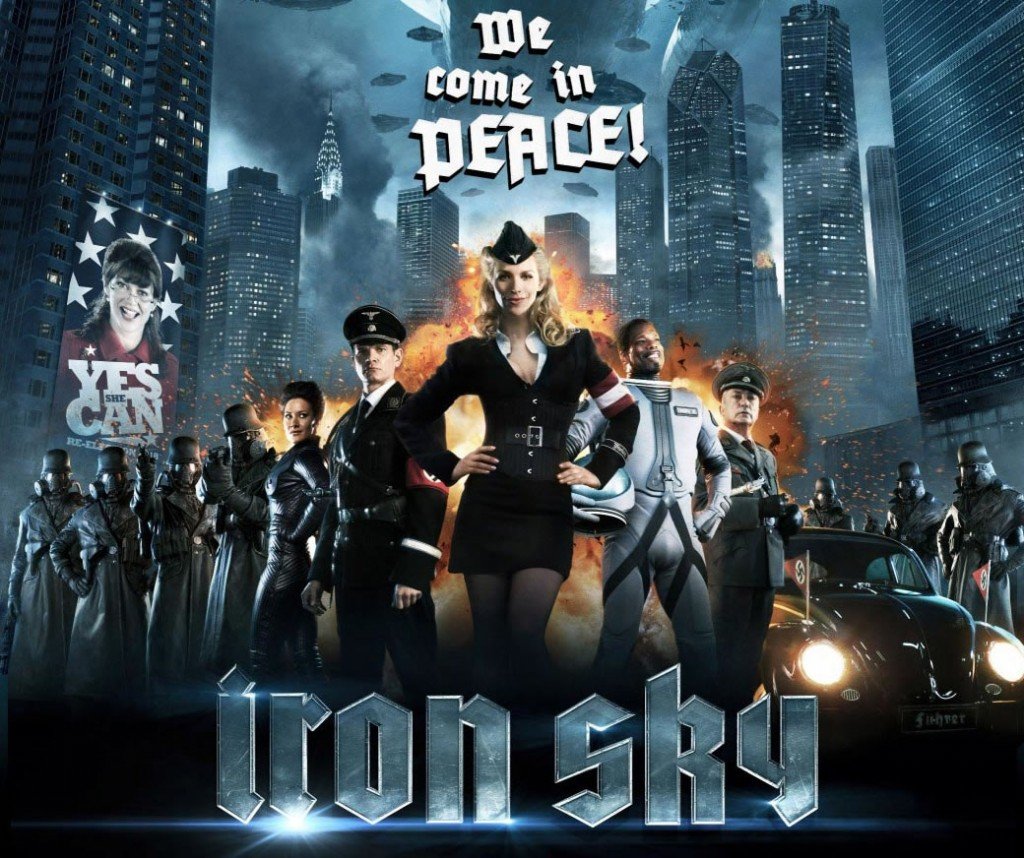 Iron Sky (Germany, 2012) is an inspired concept—Hitler escaped Germany with a cadre of Nazi loyalists and established a colony on the dark side of the moon—executed with total conviction, at least in the physical details. This isolated outpost lives in a steampunk world forged from the legacy of Krupp machineworks, all giant gears and pistons, and raised on a diet of revisionist history, where Der Fuhrer preached a message of love and brotherhood and world peace.

The rest is pure farce. Concocted by a German comedy troupe and directed by Timo Vuorensola, it’s filled with broadside gags (a Sarah Palin stand-in at the White House, a moonshot as a campaign stunt, a black male model scrubbed white in the Aryanization of mankind) and even broader delivery. The most inspired bit is the Nazis have appropriated Charlie Chaplin’s anti-Hitler satire The Great Dictator as a pro-Nazi film by cutting it down to the balloon ballet as an illustration of Hitler’s desire to hold and protect the world.

Julia Dietze stars as the idealistic moon-born teacher whose illusions of Nazi benevolence are quickly dashed when she gets to Earth and Christopher Kirby is the American astro-model who serves as her guide. And leading the Nazi invasion? Udo Kier, of course.

It’s a Germany / Australia / Finland co-production, which results in some pretty strange sensibilities. It’s always been tricky finding humor in Nazis and if anything it’s become even more questionable as nationalism and bigotry are embraced by political leaders all over the world. But it you like your science fiction retro and silly and launched with an invasion of heavy metal space zeppelins, then this is your movie.

Rated R, in English and German with subtitles

On Blu-ray and DVD from eOne with commentary and a featurette.