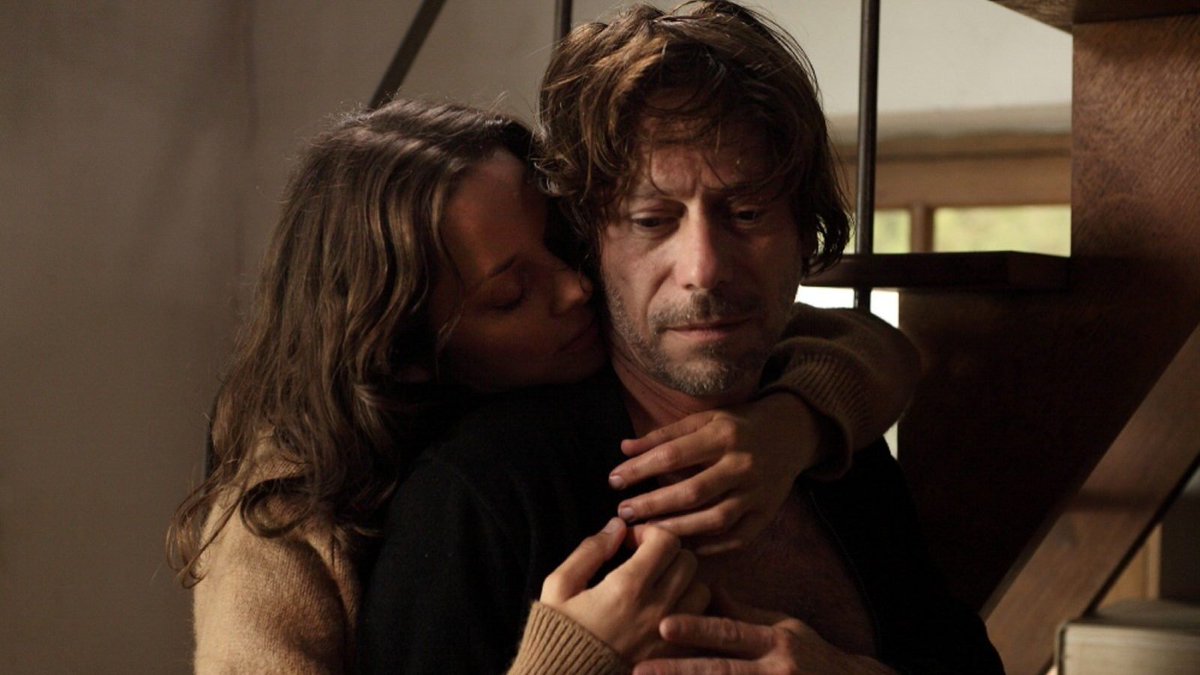 French filmmaker Arnaud Desplechin makes films about the messiness of families, lovers, and creative lives that can become quite messy in their telling. Ismael’s Ghosts (France, 2018) jumps abruptly back and forth in time and between biography and fiction and dreams, smudging the line between biography, fiction, and artistic imagination.

Desplechin regular Mathieu Amalric is filmmaker Ismael Vuillard, currently writing a new film ostensibly about his estranged brother Ivan Dedalus (Louis Garrel) but hitting a wall of writer’s block, and his personal and artistic lives are both thrown off track by the sudden reappearance of his former wife Carlotta (Marion Cotillard) who disappeared without a word for 20 years.

You could describe both Carlotta and Ivan as Ismael’s ghosts as their legacy haunts him even when they are not present, but they could also be the nightmares that afflict him and his former father-in-law and mentor (László Szabó) or even the visions that appear in his increasing mania from sleeplessness and drink, or even filmmaking itself, creating new realities drawn from his tormented emotions and unresolved relationships. Carlotta is both the lost love of the past and a wound that is reopened when she reappears, blithely ignoring the pain she caused both her husband and her father by disappearing without a word for 20 years. Charlotte Gainsbourg plays Ismael’s girlfriend of two years, an astrophysicist who flees from the chaos created by this resurrection.

Desplichin’s film abounds with references to his own films—Almaric’s filmmaker is named Ismael Vuillard, the same name as a character him played in Kings and Queen, and his diplomat (and possible government spy) brother is named Ivan Dedalus, which suggests that Ismael may also be Desplichin’s cinematic alter-ego Paul Dedalus—to literature (Dedalus and his mentor, Henri Bloom, nod to James Joyce), and to other films (Carlotta, his runaway wife, can’t help but recall Vertigo). But his characters are alive with their own distinct identities and drives and emotional lives.

It makes for a fragmented and sometimes confusing narrative, which is part of the pleasure of the impassioned drama of powerful emotions pushed into mania and experiences molded through creative work into new stories. It’s raw and funny and angry and loving, with rich and complex characters and relationships, and an interesting perspective on storytelling as both artistic endeavor and personal process of working through conflicted emotions and challenges.

, iTunes, GooglePlay and/or other services. Availability may vary by service.
Ismael’s Ghosts [DVD]

The DVD from Magnolia is in French with optional English and Spanish subtitles and features no supplements.

Pingback: What to stream: the end of 'The Americans' on Amazon Prime Video, Oscar-winning 'Amy' on Netflix, 'Sharp Edges' on Hulu - Stream On Demand
Comments are closed.