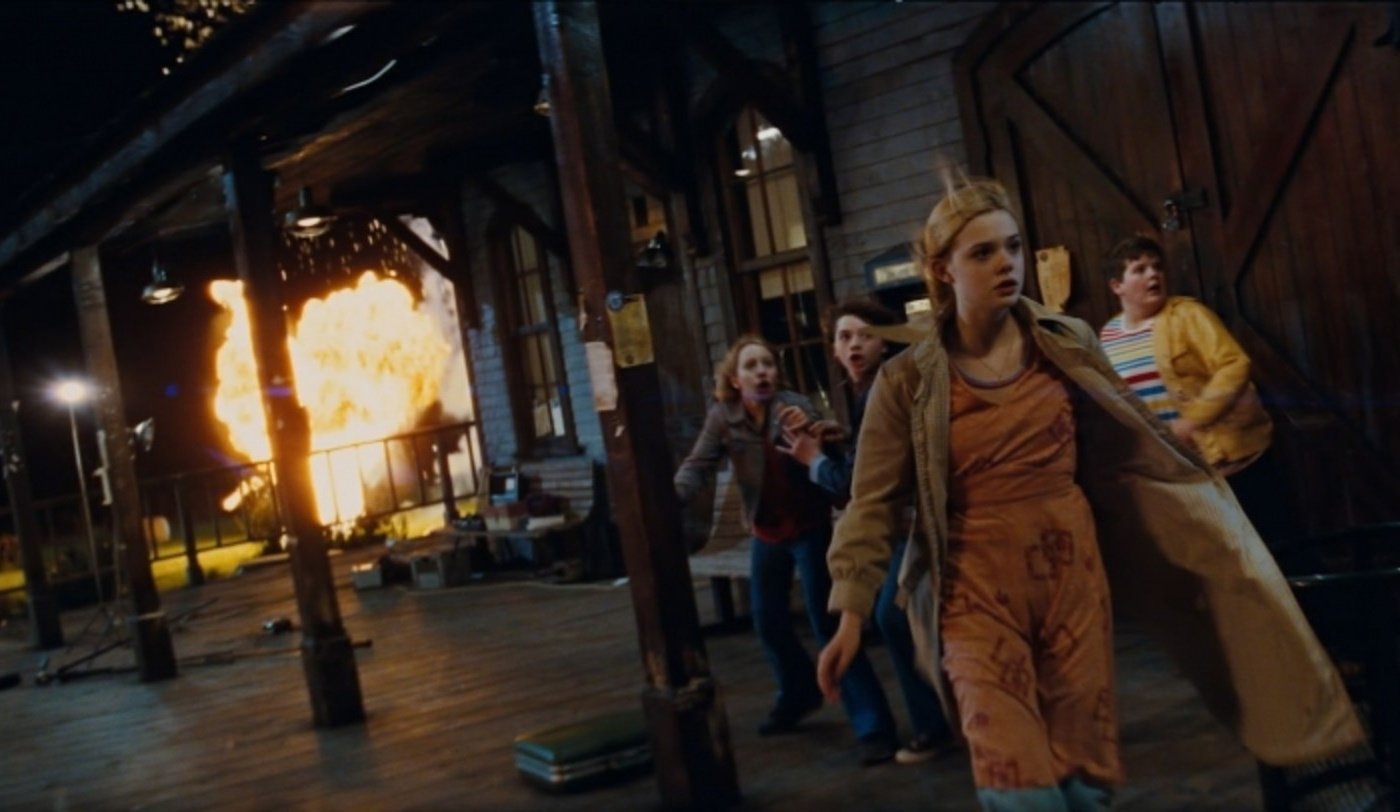 J.J. Abrams, the high-concept super-producer turned director, writes and directs Super 8 (2011) but the DNA comes right out of Steven Spielberg.

Set in 1979, before the home video revolution put video cameras in the hands of movie-mad kids, this is a monster movie adventure powered by creative kids, a love of movies, and an authentic foundation of mystery and wonder as seen from the perspective of school kids old enough to make their own zombie movie on super 8 film and young enough to get so excited by it.

Too bad that director J.J. Abrams pays more attention to the pyrotechnics than to the kids in the middle of it. When the kids sneak out to film their big scene at a train station at night and the train derails, it kind of derails the film as well. Sure, it unleashes the monster and subsequent military conspiracy that drives the rest of the movie, but instead of putting us into the shoes of the kids, it piles on the CGI overkill, turning it into just another Hollywood explosion fantasy. The rest of the big spectacle scenes follows suit, going big rather than going intimate, and Abrams doesn’t have Spielberg’s understanding of suburbia, of kids and of family. It hits all the right notes, but Abrams isn’t playing with feeling.

He does, however, get a lot right, from the model building and pre-teen monster movie fandom and the often argumentative and contentious chemistry of a groups of boys to the rickety emotional world of kids still reeling from loss and trying to take the first steps as their own people. And Abrams gets fine performances from his young cast, especially Elle Fanning in her breakout performance as the well-possessed young woman they cast in their film, but also first-timer Joel Courtney as the boy still recovering from the loss of his mother months before. These two kids connect in an authentic and convincing way that the rest of the film never quite manages.

The Blu-ray and DVD special editions include a commentary track by writer/director J.J. Abrams with producer Bryan Burk and cinematographer Larry Fong, who are in a jovial mood as Abrams discusses his love of lens flares (is it just me, or are those lens flares supersized for Blu-ray?) and the reason that it isn’t a rip-off of E.T. (“He’s in the movie,” he explains as the Amblin Entertainment logo – complete with E.T. in bicycle basket – comes on screen. “See?”). Which is not to suggest that Abrams doesn’t take it seriously. It is packed with information, but it also tends to go down dead ends. Like their great idea to text a question to Steven Spielberg, and then they can’t come up with anything interesting to ask. The DVD also includes the featurettes “The Dream Behind Super 8” and “The Visitor Lives” (on the alien creature).

The Blu-ray+DVD Combo pack features six more featurettes, an interactive deconstruction of the train crash scene and 14 deleted scenes, plus a bonus DVD