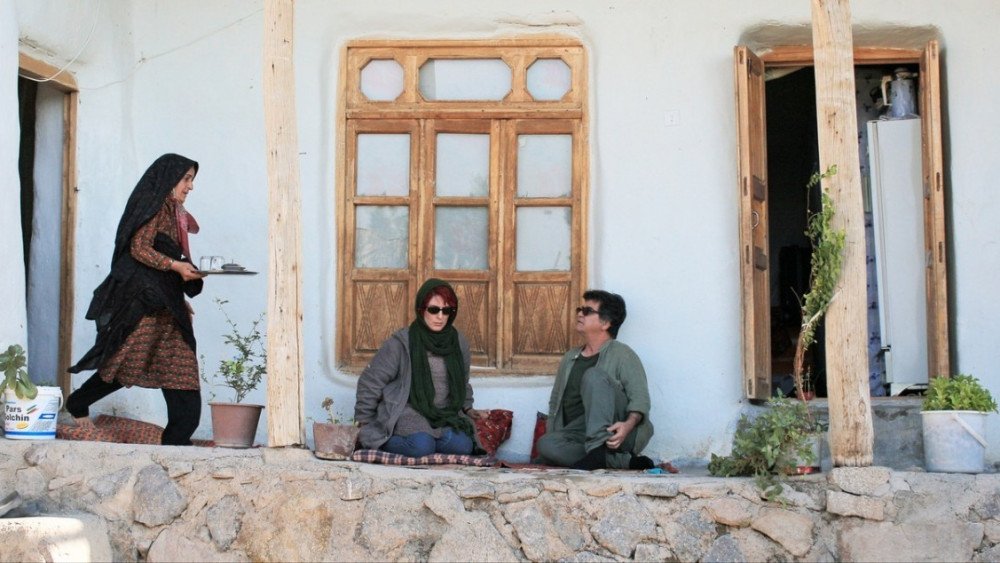 In 2010, Iranian filmmaker Jafar Panahi was arrested and charged for “Propaganda against the Iranian government.” His sentence: he was forbidden to leave Iran or make any films for 20 years.

3 Faces (Iran, 2018) is the fourth feature he has made since the sentence was passed. And once again Panahi plays himself on screen, this time in a supporting role. The film opens with Panahi (unseen for the first few minutes) driving a popular TV actress (Behnaz Jafari playing herself) into the mountain region near the Turkish border to look for a teenage girl (Marziyeh Rezaei). The girl was accepted into a prestigious acting institute and recorded a video plea to Jafari to make her case to her parents, but she may have killed herself before the actress received the message. Too wrought up to work, Jafari flees the set of her current project to find out what happened.

This is a road movie and it spends much of the running time meandering through rural villages with Jafari and Panahi looking for the girl, meeting local citizens, and learning a little of the culture of their rural lives: their values, concerns, and identity as Iranian-Turkish villagers far from the cities. Yet while he presents their lives with dignity, Panahi also looks at the opportunities available to women and the cultural prejudices that linger in the remote towns, where girls are married off rather than allowed to attend college or pursue careers. These villagers respect Panahi and adore Jafari, at least once they realize who they are, yet are still suspicious of one of their own pursuing a career as an artist.

Like the films of Panahi’s fellow Iranian director Abbas Kiarostami, it’s a road movie, and like Panahi’s previous films it explores the relationship between life and movies (and TV) and uses humor as a way in to character, cultural conflict, and serious issues. 3 Faces is a gentle and generous film that celebrates art and artists with affection and irony.

It won the best screenplay award at the Cannes Film Festival.

Not rated, in Farsi and Azerbaijani with English subtitles