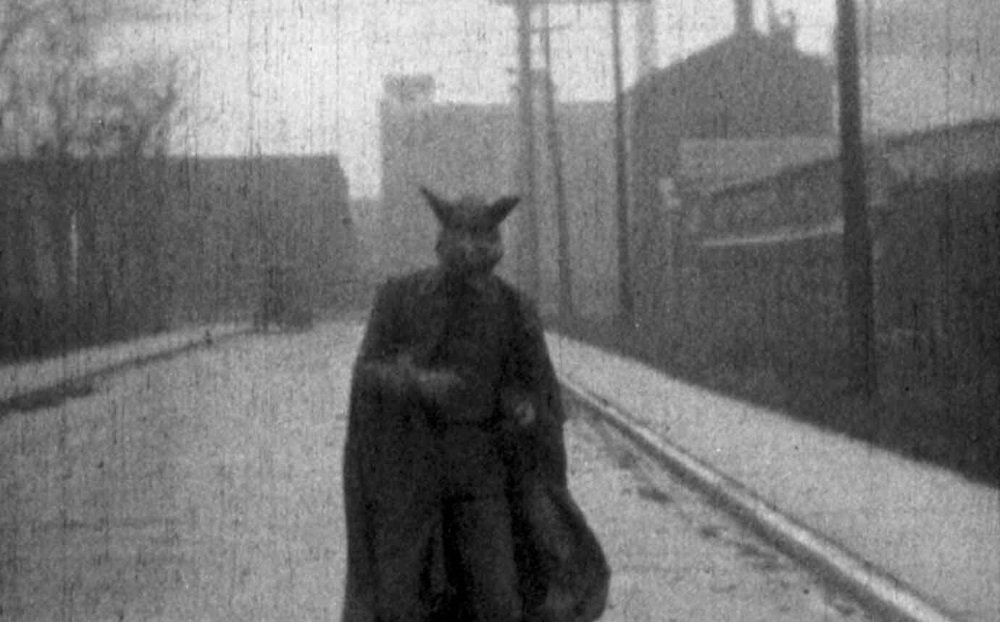 James and Eloyce Gist may not have been professional filmmakers but they were filmmakers of talent and imagination nonetheless. James was a Christian evangelist who travelled the country preaching and Eloyce, a teacher and entrepreneur, joined him in his mission, which included making films to accompany their sermons. These were amateur efforts made without professional equipment or studio facilities, using non-professional actors and shooting on 16mm film without sound. Historical information on their work is scarce but the filmmakers appears to have been a genuine creative partnership with Eloyce, a successful entrepreneur who married the Christian evangelist James in the late 1920s, intimately involved in writing, directing, and producing the films.

In their first collaboration, the short feature Hellbound Train (circa 1930), they tackle the issue of temperance in an allegorical narrative punctuated with shots of the titular train roaring (silently) down the tracks. Shot with a handheld camera that doesn’t always remain steady or keep the scene in frame, it is full of religious imagery and evocative folkloric elements as the devil (clearly identified by the Halloween suit complete with horns and cape) catalogs the litanies of jazz-age sins in a guided tour through the train cars. Each car offers a different sin (gambling, drink, dancing, etc.) that powers the train and its passengers to their doom. The amateur origins are evident, especially next to the low-budget but professionally produced films of Oscar Micheaux and Spencer Williams, but the texture, the pageantry, and the allegorical and ritualistic elements also look forward to the American Underground cinema of Kenneth Anger, Curtis Harrington, and others in the 1950s and 1960s.

Their follow-up, the short film Verdict: Not Guilty (circa 1933), is the ultimate spoiler of a title. Part religious allegory and part church pageant, it presents the heavenly trial of a woman who has died giving childbirth out of wedlock. The jailer wears a mask death’s head mask and a nun’s habit with a skull and crossbones on the front and God sits on an altar, flanked by angels, while the devil attempts to convict the woman for her sins. Flashbacks to the woman’s life that provide a realism in sharp contrast to the allegorical pageantry.

Unlike the features and short films made for black cinemas, for which multiple 35mm prints were created to distribute to theaters, the films of James and Eloyce Gist were one-of-a-kind. The Gists carried their films with them as they traveled, screening them in churches and community centers on portable 16mm projectors. There were no additional prints in circulation. The films were donated to the Library of Congress in 1974, which by this time were reduced to hundreds of short fragments, having fallen apart along the splices from wear over the years. The versions that exist today have been reconstructed and restored from these fragments.

A third, uncompleted film, Heaven-Bound Travelers (circa 1935), was discovered among the rolls of film in the Gist collection at the Library of Congress. It is an even more ambitious production. Eloyce Gist takes a central role onscreen as a wife and mother who is wrongfully accused of adultery by her husband and is left to fend for herself and their daughter in the world. As she struggles to sustain them, the husband becomes riddled with guilt and struggles with his decision, and the social realism of the drama shifts to an allegorical struggle between the devil, appearing to tempt humanity to sin, and the angels. In one scene they even battle, the devil’s pitchfork parried by the sword of an angel. The costumes are simple but evocative creations that could have come from a passion play but the presentation is serious, directed without any hint of campy excess or comic relief, and even the framing of scenes shows a growing sophistication. The film does not exist in complete form but the fragments show a project of ambitious scope.

Not merely a filmmaker, Eloyce also played the organ accompaniment at screenings. That music is lost so all three films are presented with original scores composed and performed by Dr. Samuel Waymon (who previously composed to the score to the cult film / black cinema landmark Ganja and Hess).

Hellbound Train was added to the National Film Registry in 2021.

All films in black and white, silent with score.

The films have mastered from the sole surviving elements preserved at The Library of Congress. The quality of the image is seriously degraded and at times hard to make out but the fact they survive at all is something of a miracle. They have, however, been professionally mastered, which mean that damage and wear is visible but there is often clarity to the image. Do not expect pristine presentations.