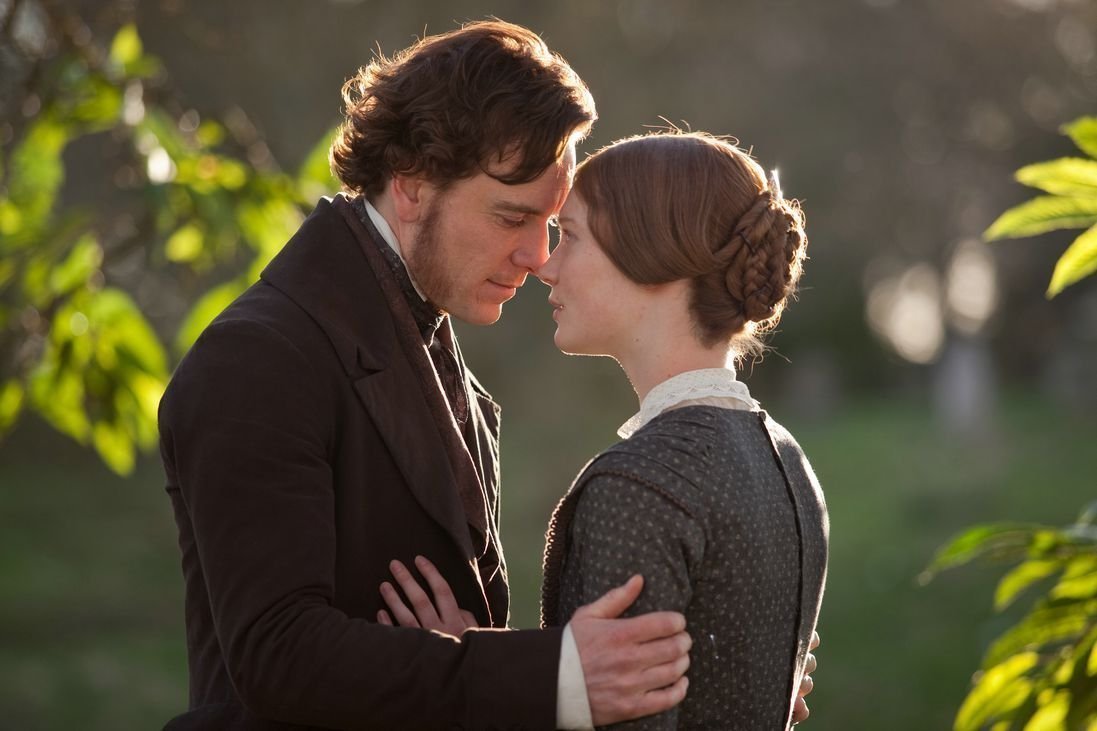 Jane Eyre (2011), starring Mia Wasikowska as the fiercely self-possessed governess Jane and Michael Fassbender as the darkly attractive and grimly tormented Edward Rochester, is the best kind of reminder why the classics remain alive after centuries and can be effectively remade every generation or so.

This adaptation of the Charlotte Bronte novel comes from American director Cary Fukunaga and British screenwriter Moira Buffini, both interestingly making their respective second features in an American/British co-production. The otherwise beautiful and buoyant Mia Wasikowska is amazing as the plain Jane who glows with the fire of intelligence and a sense of self-worth that the most soul-crushing abuse can’t smother. Michael Fassbender makes the most of Rochester’s grandly cinematic entrance, charging into the film and into Jane’s life with all the power of an untamed animal. The dark shadows over his spirit and the gruff edges under the moneyed manners makes him all the more seductive, which of course puts Jane on her guard even as it slowly seeps through her defenses.

Shot on wind-scoured landscape of the chilly highlands of Northern Britain, this new incarnation embraces the gothic gloom and lonely isolation of the novel but, like its stoic, strong heroine, never gives in to the darkness. It is gorgeous but never what you would call pretty. And for all of Jane’s careful social front, never letting her true feelings show through, she is forthright and true and unfailingly honest.

The Blu-ray and DVD features a comprehensive solo commentary track by director Cary Fukunaga that basically walks the viewer through major decisions in the filmmaking process, from choices in adapting the novel and structuring the story to locations, costuming and lighting to the portrayals of the characters and the dynamics of the direction. Listening to him describe the sound of the corset while Jane hikes down a path in the woods doesn’t feel like obsession but a desire to really communicate the texture of life in the era. And it’s always instructive to learn when choices were made for reasons of budget and/or schedule and why it’s not always a compromise so much as a reality of practical filmmaking. It always comes down to telling the story with the resources at hand.

Also includes about 17 minutes of deleted scenes, many of them fairly substantial but trimmed out in streamlining the film. Fukunaga briefly refers to some of the trimmed scenes in the commentary.

The rest of the supplements are too brief to be instructive or revelatory. “To Score Jane Eyre: Cary Fukunaga and Dario Marianelli Team Up” offers a mere two minutes of comments by Fukunaga on the score with a few illustrations from the film, and “The Mysterious Light of Jane Eyre” is another two minutes on the quality of light in the film. Neither do more than scratch the surface. “A Look Inside Jane Eyre” is a promotion piece that, at under four minutes, is little more than a glorified trailer.