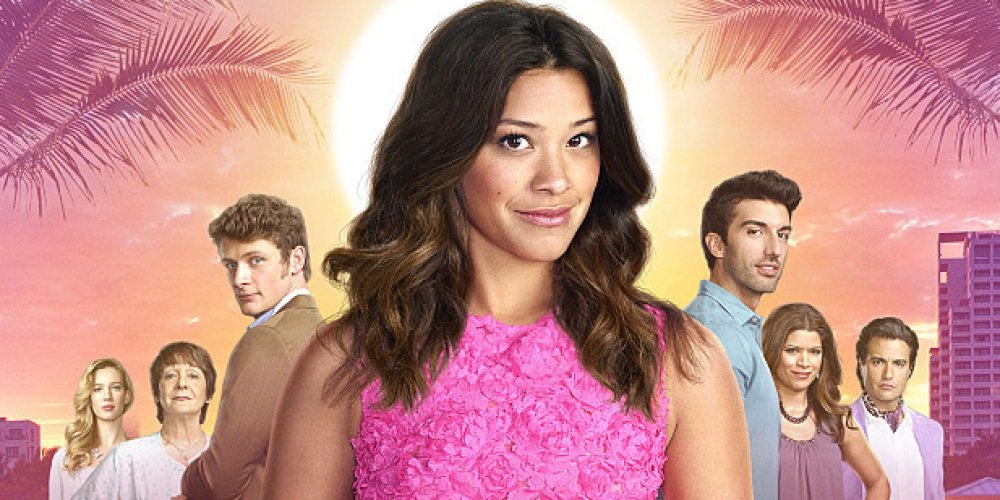 About a decade ago, ABC created the first truly successful American take on the telenovela, an otherwise distinctly south of the border phenomenon. Ugly Betty was, at its best, a fun and funny take on soap opera complications in a world that straddled high fashion and working class culture, and it was grounded in an American family that was both modern and traditional and happened to be Hispanic.

Jane the Virgin: Season 1, adapted from a Venezuelan telenovela with a bright, witty, self-aware sensibility, takes the wild twists and crazy situations of telenovelas into more outrageous territory and has fun with it.

Gina Rodriguez is the titular virgin Jane, an aspiring writer and devout Catholic who is saving herself for marriage yet ends up pregnant due to a mix-up at a routine check-up. Her gynecologist artificially inseminates her with a sperm sample meant for another patient. To complicate things, the father (sperm donor) Rafael (Justin Baldoni) is a cancer survivor who can’t have kids because of chemotherapy, and is Jane’s boss at the hotel where she waitresses. And, oh yes, she once had a crush on him and it’s reignited when (spoiler alert, though in the case of a show like this such complications are not just inevitable but required) he decides to divorce his scheming wife (Yael Grobglas) and she breaks up with her fiancé Michael (Brett Dier), a cop who is investigating Rafael as a possible drug kingpin.

Meanwhile her fun-loving single mother (Andrea Navedo) reunites with Jane’s father, a narcissistic telenovela star (Jaime Camil, a real-life telenovela star having a ball sending up his image). In fact, telenovelas and romance novels are woven through the show to great effect. As the narrator so rightly observes, “Jane’s life was now the stuff of telenovelas.”

Set in Miami, the show is sunny and colorful, with witty self-aware narration (each episode begins with a recap followed by “and now you are caught up”), a clever use of text to guide audiences through the complicated plot while offering comic asides, melodramatic music cues used as punctuation, and a creative use of magic realist gags. The series keeps it all coming fast and funny while the characters, particularly Jane’s supportive mother and Spanish-speaking grandmother (Ivonne Coll), keeps it grounded in family warmth as the exaggerated characters and increasingly crazy twists wind through the story. The show was one of the breakout hits of last season and is back for a second season.

All 22 episodes now on Netflix.