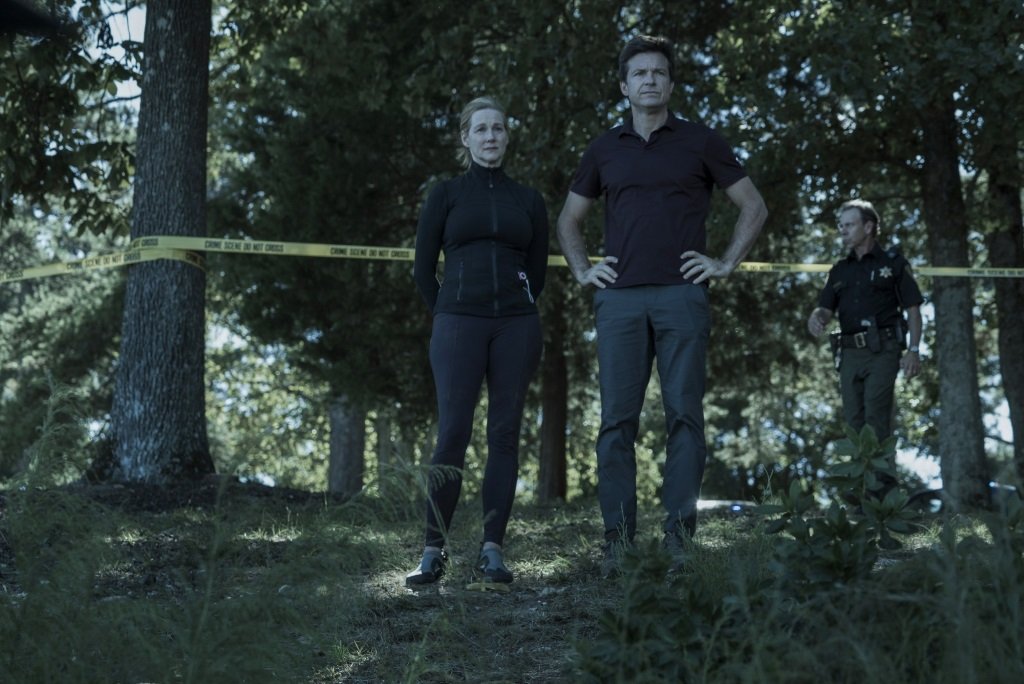 Netflix launches a new original series: Ozark, a crime thriller that stars Jason Bateman as a crooked Chicago financial advisor who launders money for a Mexican drug cartel and has to uproot his family and hide out in rural Missouri when someone tips the Feds. Laura Linney costars as Wendy, wife of Bateman’s Marty Byrde, who has to help their kids deal with the sudden culture clash.

“Ozark uses Marty’s voice-over musings about hard work and the wages of parenthood to give the appearance of gravitas, but the show’s through line is really just his resourcefulness in the face of gruesome, cartel-style justice,” writes New York Times TV critic Mike Hale. “The show isn’t a tragedy — most of the time, it’s a satirical (though quite violent) culture-clash caper with pretensions.”

10 episodes available to stream. Queue it up!

The Lost City of Z, based on the non-fiction bestseller of the same name, dramatizes the odyssey of British explorer Captain Percy Fawcett (played by Charlie Hunnam) and his search for an ancient civilization in the Amazon jungle. Robert Pattinson, Sienna Miller, and Tom Holland (the new “Spider-Man”) co-star in the exploration epic from director James Gray (PG-13). It’s not on VOD through Comcast, my cable company, but it is on VOD through other services. Also on DVD and Blu-ray.

Part remake and part prequel, Kong: Skull Island pits a team of scientists and soldiers against the giant ape on a remote tropical island in the early 1970s. Tom Hiddleston, Samuel L. Jackson, Brie Larson, and John C. Reilly represent the human race in the battle for the jungle (PG-13). Also on Blu-ray and DVD.

Available same day as select theaters nationwide is the action thriller First Kill with Bruce Willis and Hayden Christensen (R) and the French drama Amnesia from Barbet Schroeder with Marthe Keller and Bruno Ganz (not rated, with subtitles).

Netflix is now streaming Rogue One: A Star Wars Story (2016) starring Felicity Jones a scruffy survivor who takes on the Empire with a team of outcasts and mavericks. This action packed mission thriller plays out in the margins of “Star Wars” with a darker portrait of rebellion and war (PG-13). Reviewed on Stream On Demand here.

The Canadian crime drama Intelligence: The Complete Series (2006-2007), which is rooted in the intersection between the Vancouver crime underworld and the Canadian Security Intelligence Service, is one of the best shows of its kind. All 25 episodes now available. Reviewed on Stream On Demand here.

The thriller Vantage Point (2008) with Dennis Quaid and Matthew Fox pieces together an assassination attempt from multiple points of view (PG-13).

Jessica Chastain is Miss Sloane (2016), a high-powered lobbyist who takes on the gun lobby in this drama of cold-blooded politics and morality for sale (R).

Beat Girl (1960) is a British teen rebel film that veers into melodrama and features Christopher Lee as a sleazy nightclub owner (not rated). Reviewed in Stream On Demand here.

Streaming TV: the Amazon original animated series Niko and the Sword of Light is a fantasy adventure for kids (10 episodes).

Emma Watson infiltrates an oppressive religious cult in Chile to rescue her boyfriend (Daniel Bruhl) in the thriller Colonia (2015, R).

Sci-fi mind-bender John Dies at the End (2012) sends two college dropouts on a drug-induced journey into another dimension to stop an invasion… or maybe it’s just the drugs (R).

Zach Galifianakis and Isla Fisher are a suburban couple Keeping Up with the Joneses (2016) in the spy comedy with Jon Hamm, and Gal Gadot (PG-13).

Two film documentaries debut on The Criterion Channel: the touching Cameraperson (2016), created by Kirsten Johnson from unused footage from a career shooting documentaries, and Cameraman: The Life and Work of Jack Cardiff (2010), about the Oscar-winning cinematographer (not rated).