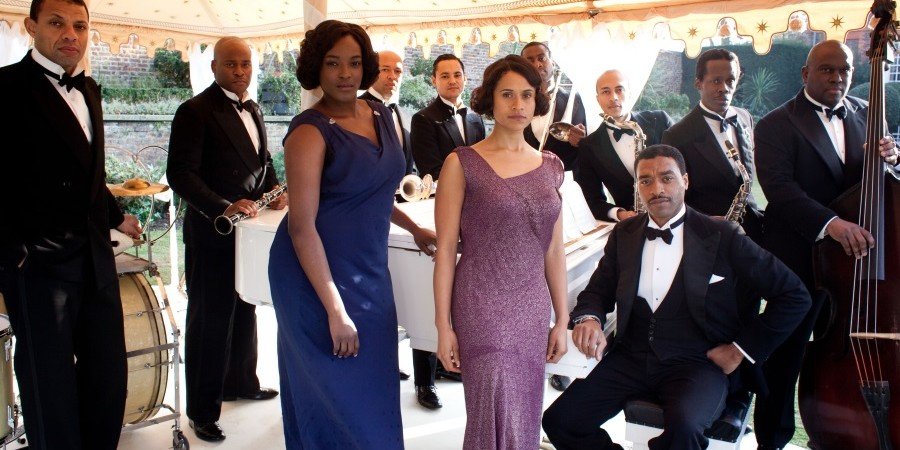 The name Stephen Poliakoff doesn’t mean much to American TV and movie fans but in Britain he’s an acclaimed playwright and writer / director of original dramas on both the big screen and small screen. The five-part mini-series Dancing on the Edge follows the fortunes of a black jazz band in 1930s London as a wave of nationalism rises among the wealthy who are sympathetic to Germany’s Fascist government and white supremacist policies and the band’s success fans the flames of racism. The meeting of show business drama and political commentary is complicated when the band’s singer is assaulted and the band’s leader (Chiwetel Ejiofor of 12 Years a Slave) is set up to be the prime suspect. Matthew Goode (The Good Wife) is a music journalist who promotes the band through his magazine and the superb supporting cast features Janet Montgomery, Jenna Coleman, John Goodman, and Jacqueline Bisset.

The mini-series appears at times to be a period murder mystery but Poliakoff defies the conventions to focus on character drama, withholding the expectations of a plot neatly wrapped up with a tidy revelation of guilt to offer a more complex world with hints of conspiracies and shady business dealings, corrupt aristocrats protected by money and the code of the secret society of Freemasons, and a culture where racism runs as deep in Britain’s ruling classes as it did in America. Next to this pretty damning portrait of the English upper classes of the 1930s is the loyalty and commitment of friends who pull together to help out one another in the face of great risk, and the drama is enlivened by smart dialogue and a swinging soundtrack of small group jazz and dance music.

Though officially a five-part series, a sixth episode is presented as a postscript that delves further into the lives of the band members and explores the culture of racism the white characters never imagined existed. Overall it’s a superb drama with an eye-opening look at an aspect of British history rarely examined.

Also available to own on DVD
Dancing on the Edge