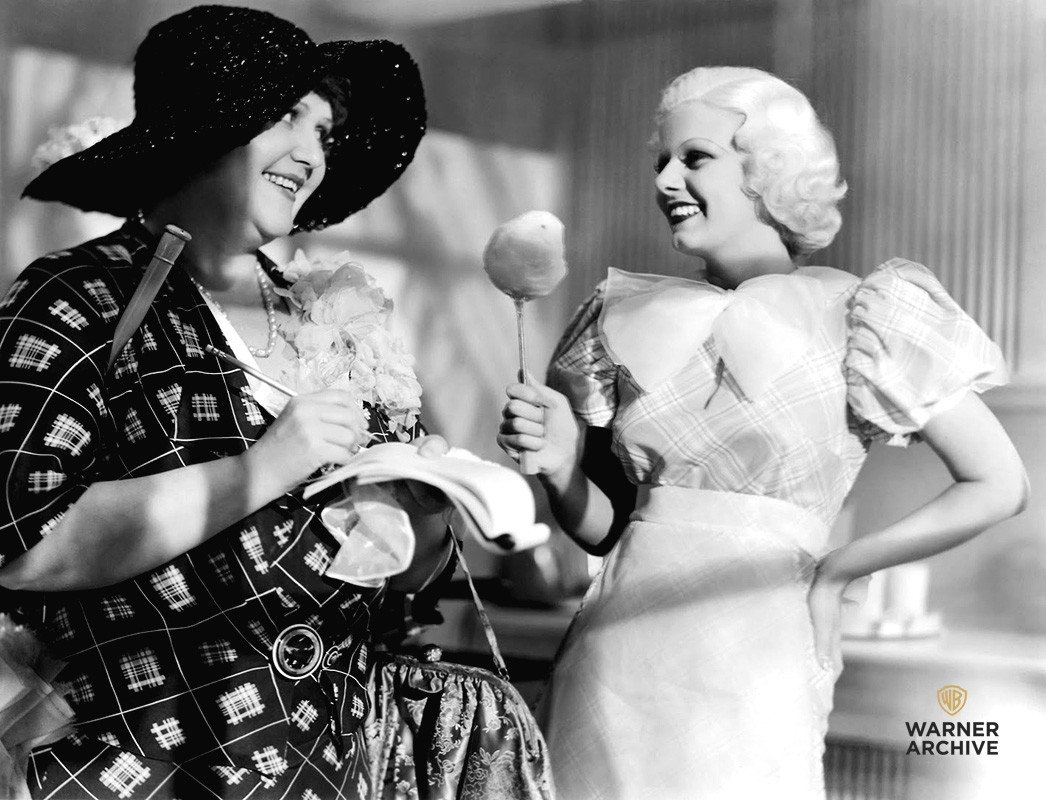 She may be rich and adored by millions but she is easily the most centered and sane person in the film. Lee Tracy is pure mercenary drive as an unscrupulous studio publicist who actually enjoys the torment he puts her through as he manufactures scandals and breaks up romances with his con-man shenanigans. And he’s given plenty of material by her family, especially her fraud of a father (Frank Morgan), recklessly spending her income without a thought to her image.

The script was reportedly inspired by the real-life ordeals of Harlow and Clara Bow and Harlow is clearly in on the gag and having fun with it, playing the public role of the big screen glamour girl while her private life is all chaos and frustration. In one scene, she’s called in for retakes on a rain barrel scene right out Red Dust (1932), one of the real-life Harlow’s most famous screen moments.

Victor Fleming, one of the sturdiest of MGM’s house directors, and a solid cast of supporting players (Una Merkel as her sassy assistant and Pat O’Brien as her exasperated director) keep the film running in top gear. Franchot Tone plays her long-suffering boyfriend and Ted Healy, C. Aubrey Smith, and Louise Beavers costar.

Also on Blu-ray and DVD and on SVOD through Amazon Video, iTunes, GooglePlay, Vudu and/or other services. Availability may vary by service.
Bombshell [DVD]