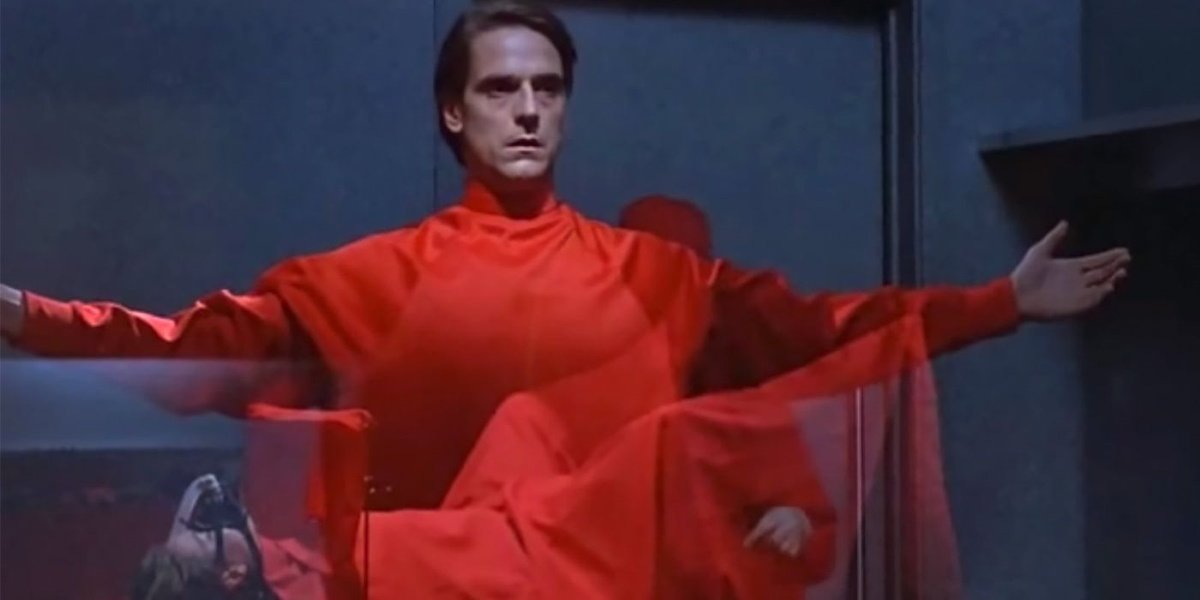 From the beginning of his career, David Cronenberg has pushed the boundaries of horror, conceptually as well as viscerally, but he left the realm of horror and science for mesmerizing psychological drama with Dead Ringers (1988).

Inspired by the true story of Stewart and Cyril Marcus, identical twin brothers and gynecologists whose lives and deaths were weirdly intertwined, it stars Jeremy Irons in the dual roles of Beverly and Elliot Mantle, gynecologists in a successful partnership treating fertility issues. The two share responsibilities, research duties, women (impersonating one another with their lovers none the wise) and, eventually, drugs as they spiral into depression and addiction.

Jeremy Irons delivers an award-worthy performance but wasn’t even nominated for an Academy Award (he was honored by the Genie Awards, Canada’s answer to the Oscars, and the New York Film Critics Circle). Geneviève Bujold co-stars as an actress who is seduced by the confident Elliot before beginning a relationship with the shy Beverly.

Cronenberg created a startling film where the horror lies in the psyche: the conjoined relationship between two brothers, who share everything as if they were two parts of a whole, which pulls them both down in a spiral of madness. Where his previous films bracketed the drama in a ‘high concept’ framework, the all-too-real world the Mantle brothers inhabit doesn’t give much distance to the viewer. Cronenberg’s cool, clinical style magnifies the discomfort and the scarlet robes of the surgical scenes gives it an almost science fiction quality. The cinematography, a marvelous mix of realism and surrealism, is by Peter Suschitzky, and it marked the beginning of a long, rich collaboration between him and Cronenberg.

To this day I find this Cronenberg’s most disturbing film, and for that I love it.

Add to My Watchlist on Amazon Prime or to My List on Peacock or watch for free on Kanopy or on Hoopla, with are free through most public and college library systems.

On DVD and special edition Blu-ray, a two-disc special edition that presents the film in both full-screen (1:77:1) aspect ratio and Cronenberg’s preferred aspect ratio of 1.66:1, the latter from a new 2K scan of the interpositive. New to this release are a commentary track by Cronenberg scholar William Beard and interviews with actors Heidi Von Palleske and Stephen Lack, make-up effects artist Gordon Smith, and director of photography Peter Suschitski.

The Criterion Special Edition DVD (released in 1998 and long out of print) features commentary by David Cronenberg, Jeremy Irons, cinematographer Peter Suschitzky, editor Ronald Sanders, and production designer Carol Spier, a gallery featuring the original designs for the opening credit sequence, the drawings and photographs of the medical instruments and sculptures designed for the film, a demonstration of the twinning effect and samples of motion control footage, and an electronic press kit featuring the original theatrical trailer and a featurette.