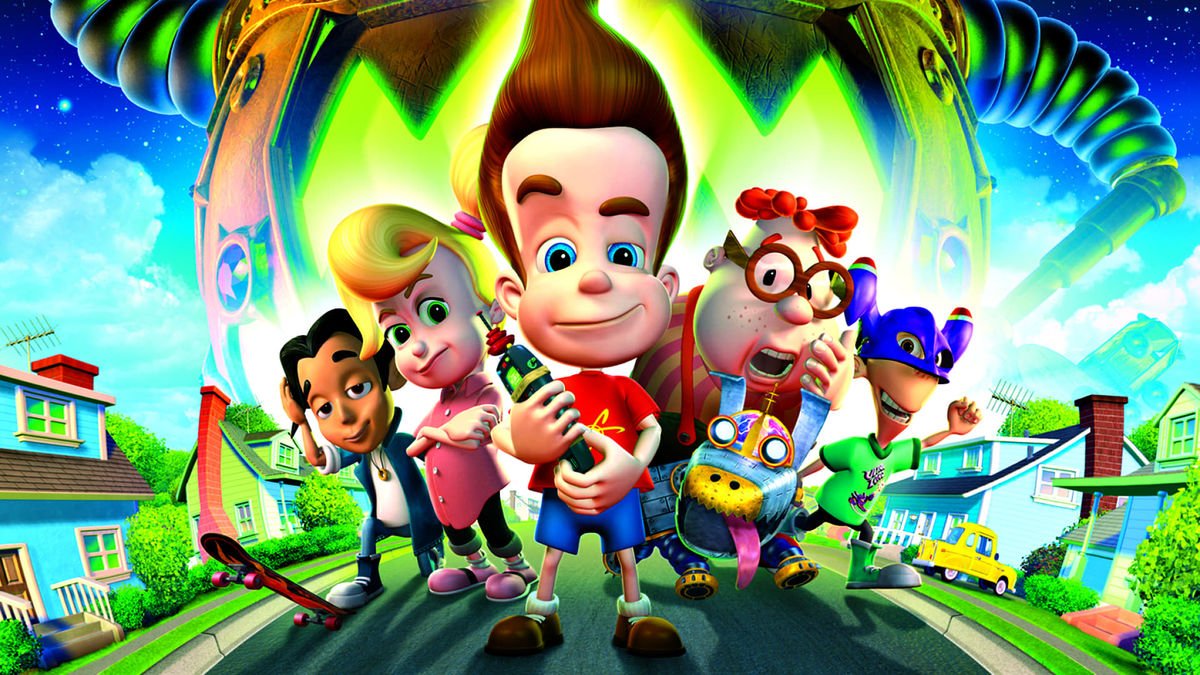 Little Jimmy Neutron is an Einstein in short pants with the vision of a junior Jules Verne. He races with Air Force pilots and launches satellites before breakfast, invents shrink rays for show-and-tell, and has even created a mechanical dog, Goddard, who is infinitely loyal, endearingly playful, and sports more gadgets than a Swiss Army knife. Not bad for a third grader.

In most childhood sci-fantasies, the kid wakes from such Tom Swift dreams a la Walter Mitty and trudges into the real world of normalcy, but the charge of Jimmy Neutron: Boy Genius (2001) is that it’s all true, at least for the candy colored 80 minutes of this animated adventure. Not that anyone is going to mistake this for reality.

Think Mars Attacks for the adolescent set. A demented race of goopy green aliens in mechanical egg bodies (led by a hilariously imperious Patrick Stewart) kidnap all the grownups from town, so Jimmy turns a gaggle of amusement park rides into interstellar space ships to save them. His rocket powered carnival rolls and snakes and zooms through space, one of the most imaginative screen fantasies since the fantastical imagery of The Nightmare Before Christmas, but without the nightmares.

For all their rambunctious energy and rebellion these kids are innocents out of a 1950s sitcom and the film steers clear of the adult in-jokes and bodily function humor that litters so many family films. The nastiest this film gets is an uncontrollable burping fit.

There’s a real gee-whiz kick to the fantasy of being the brainiest kid on the planet, and a down-to-Earth quality to Jimmy and his not-so-bright but ever-so stalwart best buddies. Director John A. Davis and his co-writer Steve Oedekerk seems to have tapped into the sense of humor and the sense of wonder of the adolescent set. I know they tickled mine.

The film earned an Oscar nomination for best animated feature and launched an animated series on Nickelodeon.

The DVD features the documentary featurette “The Making of Jimmy Neutron,” which takes viewers behind the scenes, and there are two music videos.