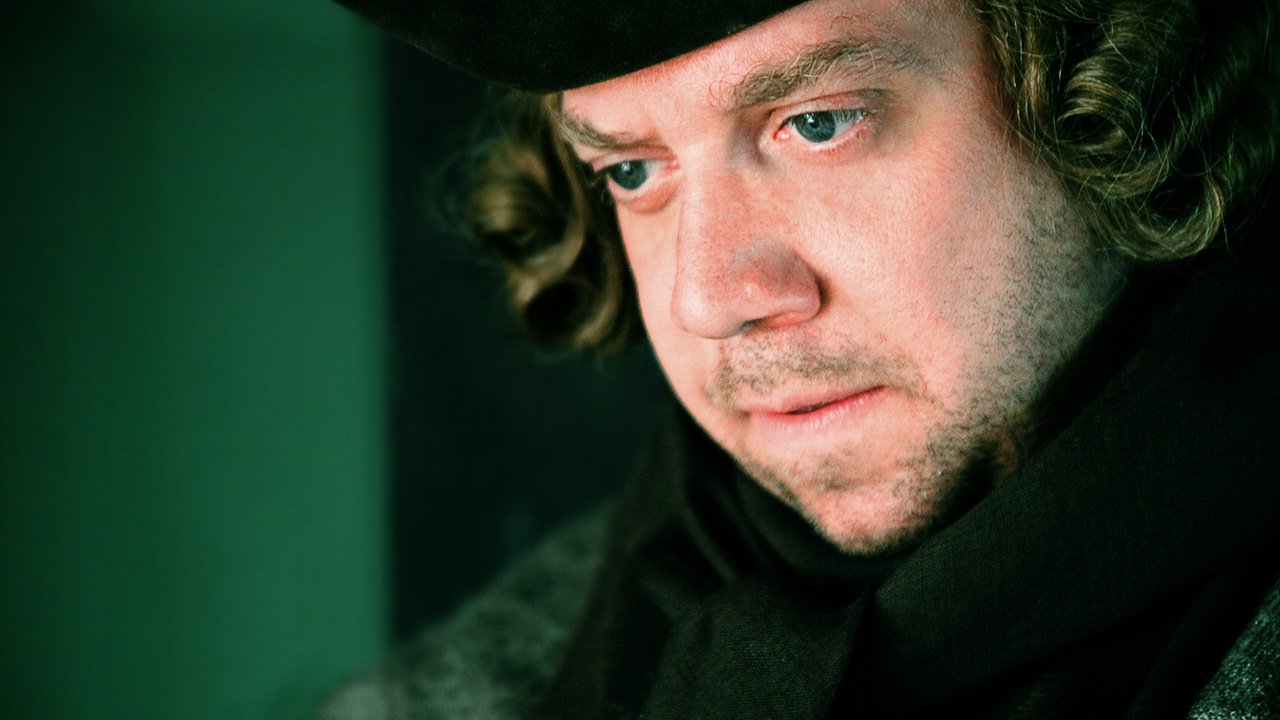 One of the small moments of powerful insight offered in John Adams (2008), the superb HBO miniseries adapted from the biography by David McCullough and dramatized with a vivid sense of immediacy and historical texture, is the reminder that it wasn’t the election of George Washington that defined our democracy. It was the non-violent succession of the executive power from Washington to John Adams, the country’s second elected president.

Directed by Tom Hooper (The King’s Speech) and built on a performance by Paul Giamatti full of passion and indecision, brave stands and reckless bullheadedness, modesty and vanity, it is one of the most nuanced biographical portraits of a historical figure you’ll ever see. No dry history lesson, it’s the kind of production that manages to refresh the story of America’s birth and remind us just how revolutionary the very idea of fighting to establish a government of the people, by the people, and for the people really was in its time. The script (written largely by Kirk Ellis) plants us in the middle of another world and shows us exactly what was at stake for every American involved in the Declaration of Independence (the passing of which was quite possibly Adams’ greatest achievement), and just how mad it was for a group of frontier states to take on one of the global superpowers of the 18th century.

Most importantly, it gives us figure of flesh and blood, heroism and flaws. Adams is idealistic and thoughtful, often headstrong and impolitic, modest yet vain and even jealous of the adulation heaped on other founding fathers. And if the production lets him off the hook for the Sedition Act (surely the least democratic act of his administration), it also reveals just how isolated he was in the White House (a big, drafty, half-finished mansion in a meadow of mud), surrounded by a cabinet that had their own, often competing agendas.

Jefferson is an intellectual idealist of another kind, investing so much of his identity in the out-of-control French Revolution that he can no longer remain objective when it comes to American diplomacy, and Stephen Dillane plays him not as a commanding and impassioned man, but weary and dissolute. And we get a sense of the power wielded by Alexander Hamilton (Rufus Sewell), the man who would be king, trying to run the country from behind the scenes through party loyalists beholden to his vision rather than their duty to their president.

But it’s the story of John and Abigail Adams (Laura Linney) that remains the center of the production, and the powerful love story of a man whose duty to country separates him from his family and a supportive wife who raises their children and runs their farm alone during the war and then becomes his most reliable counsel as president. Shot entirely with handheld cameras to get an intimate closeness to the characters and the action, it’s a look at a time and place where people express themselves with careful diction and a formal, almost ritualistic manner, directed with a naturalistic, you-are-there immediacy that brings the texture of the world to life.

Also on Blu-ray and DVD and on SVOD through Amazon Video, iTunes, GooglePlay, Vudu and/or other services. Availability may vary by service.
John Adams [DVD]