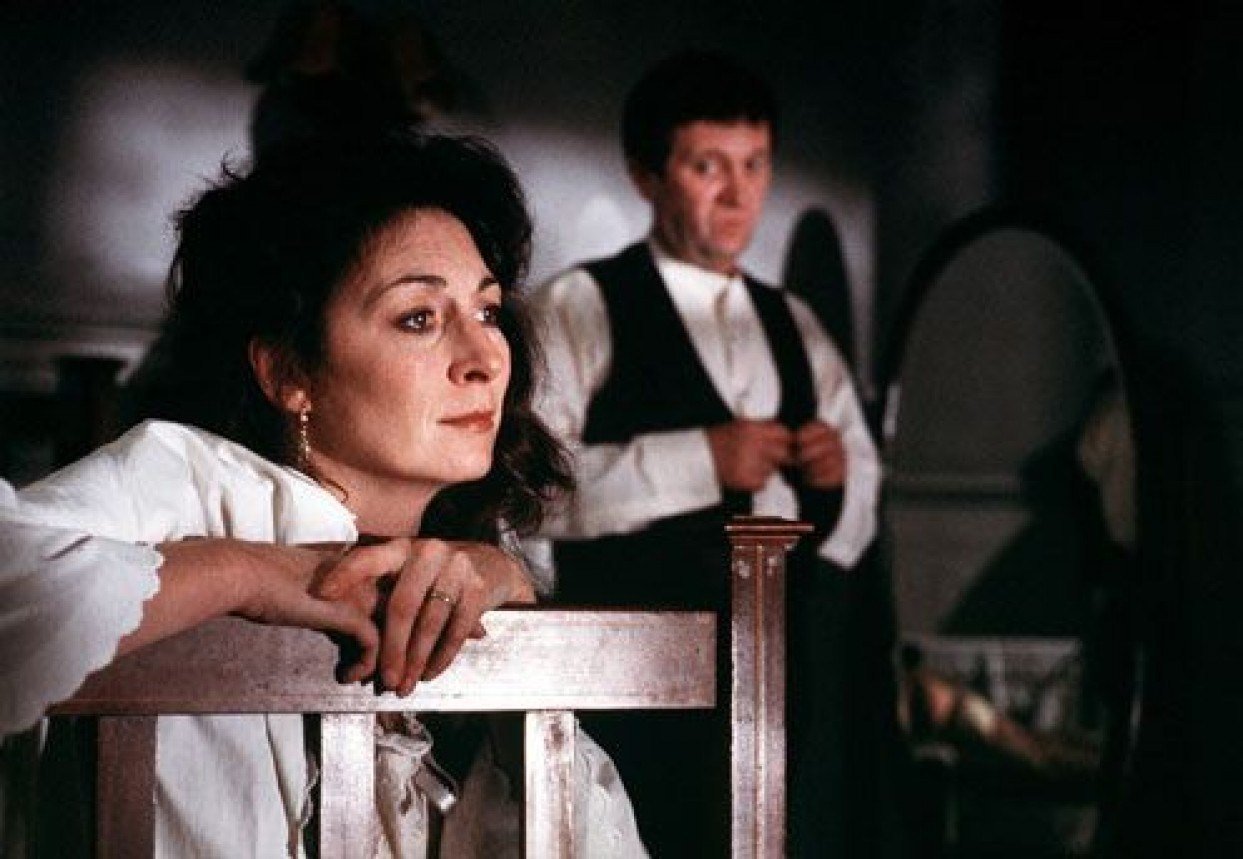 John Huston was not just one of the great American directors, he was the great translator of literary works from page to screen. He began his directorial career with The Maltese Falcon, not simply an iconic detective film and a defining film noir but an adaptation so precise that the previous screen versions have been long forgotten. It’s only fitting that he ended his career with an adaptation just as perfect.

Based on a James Joyce short story featured in “The Dubliners,” The Dead (1987) is one of his most exquisite works, a perfect cinematic short story attuned to the rituals and touchy relationships of family and friends gathering in early twentieth century Dublin to celebrate the Feast of the Epiphany.

Anjelica Huston and Donal McCann center the film as a married couple whose cool relationship is unnoticed by the rest of the guests but becomes obvious to us as Huston deftly brings us into the gathering, like an unseen guest, to witness privileged moments of intimacy.

There’s a melancholy undercurrent to this happy occasion, as disappointment and regret and wistful remembrances reverberate through the songs and recitations of the gathering, but Huston’s hushed appreciation of the gathering and tender affection for the characters is sublime. Huston’s direction is pure grace, creating a world of relationships and a history of family in the rhythms and glances and comments (guarded and unguarded) of the guests. Donal Donnelly is particularly good as a tippling cousin who is always in danger of embarrassing himself and Dan O’Herlihy is fine as a patriarch who becomes increasingly red-faced and slurred throughout the evening.

It was nominated for two Academy Awards, for the adapted screenplay and for the costume design, and it won Film Independent Spirit Awards for director John Huston and supporting actress Anjelica Huston.

, iTunes, GooglePlay, Fandango, Vudu and/or other services. Availability may vary by service.
The Dead [DVD]

The disc quality of the Lionsgate DVD is disappointing. The 1:85 aspect ratio has been shaved to fit the 16×9 widescreen format and the mastering is weak, with unstable, noisy colors and hazy resolution, adequate for a bargain-priced film but not worthy of the beauty of John Huston’s swan song. There’s no supplements, which is fine, but the initial disc release was inadvertently cut by ten minutes (an entire sequence at the beginning of the film). Those discs were recalled and the mistake corrected, but you should beware in buying used copies. Even with the correction, we still await a definitive home video release.