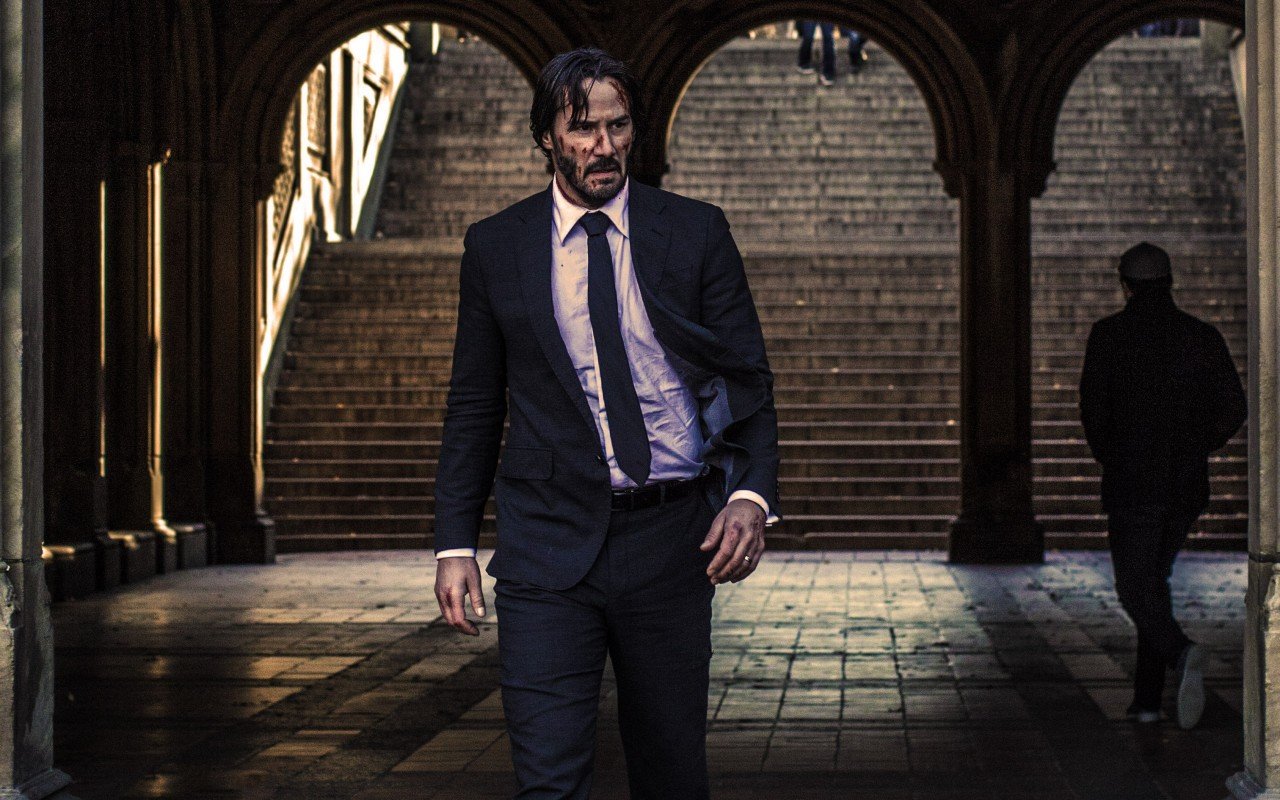 The original John Wick, starring Keanu Reeves as a retired assassin roused to revenge in a very bloody campaign, was a deliciously entertaining old school action film with impressive action choreography and physical stunts and one stunning set piece after another. (John Wick is reviewed on Stream On Demand here.)

John Wick Chapter 2 (2017) may or may not have been planned from the outset but it seems inevitable, and not just because the first was film was the stealth action hit of 2014. There’s a whole mythology of a criminal subculture, an elaborate fantasy underworld of hitmen and gangsters just begging to be explored, laid out in that first film. Once John Wick reenters the world he had escaped all those years ago there’s no way he can just drop back out. This is not that kind of fantasy.

As in the first film, the basic plot is simple: Santino D’Antonio (Riccardo Scamarcio), the son of a Camorra mobster, calls in a marker that sends John to Rome for one last hit—in the midst of a heavily secured mobster Coronation in the Roman Coliseum, no less—and then double crosses him, pitting John against every freelance killer between Italy and New York looking to claim a big bounty for his head.

The fun is in the execution, so to speak. While it doesn’t have the purity of motivation of the original it features some beautiful grace notes (for all the people he shoots, stabs, and tosses to their respective deaths along the way, note the one victim he doesn’t actually kill). Ian McShane, while still in support as the manager of the New York Continental (which makes him keeper of the strict set of underworld rules and consequences), expands his presence by sheer gravitas alone and we meet his Italian counterpart at the Roman Continental, incarnated by the iconic Franco Nero. Both men exude paternal affection for John, a respect and a friendship that they do not extend to his Camorra client. It’s the romance of the criminal code, and old-world fantasy reminiscent of classic French film noir of the fifties.

The rest is pure action, momentum, and stunt-filled glory guided by filmmaker Chad Stahelski and screenwriter Derek Kolstad. It opens with a coda to the first film, tracking down his stolen car to bring closure to his mission of vengeance, and springboards to his Italian mission, where the Rome Continental offers such personal services as a weapons sommelier and a tailor who cuts a very smart bulletproof suit. The action set pieces are bigger and more elaborate than the first film and the expanded world presents some marvelous new nemeses: Common as the official bodyguard of his target, Ruby Rose a real find as D’Antonio’s right-hand woman, a mute killer with an icy focus, and Laurence Fishburne as the beggar king of New York’s street criminals, an intelligence network of petty crooks and homeless panhandlers that comes right out “The Hunchback of Notre Dame” (give these guys credit, they borrow from the best).

Powering it all is Reeves as Wick, a hitman who wants nothing more than to leave the life behind yet seems born to it, so at home on the hunt and under fire that it seems to give him purpose. He has the grace of a dancer in the most violent situations and even as he dodges civilians on an escalator out of the subway, he never even jostles them as he dances down the steps. He is never so much alive as when he is dealing in death, yet he will only go after those who have willingly entered his world. No spoilers, but it’s a springboard for an even greater expansion of the universe in John Wick 3.

Leves HBO Max at the end of January. Add to My List on HBO Max

DVD, Blu-ray, and 4K UltraHD editions all feature commentary by director Chad Stahelski and actor Keanu Reeves and the featurettes “RetroWick: Exploring the Unexpected Success of John Wick” and “As Above, So Below: The Underworld of John Wick.”