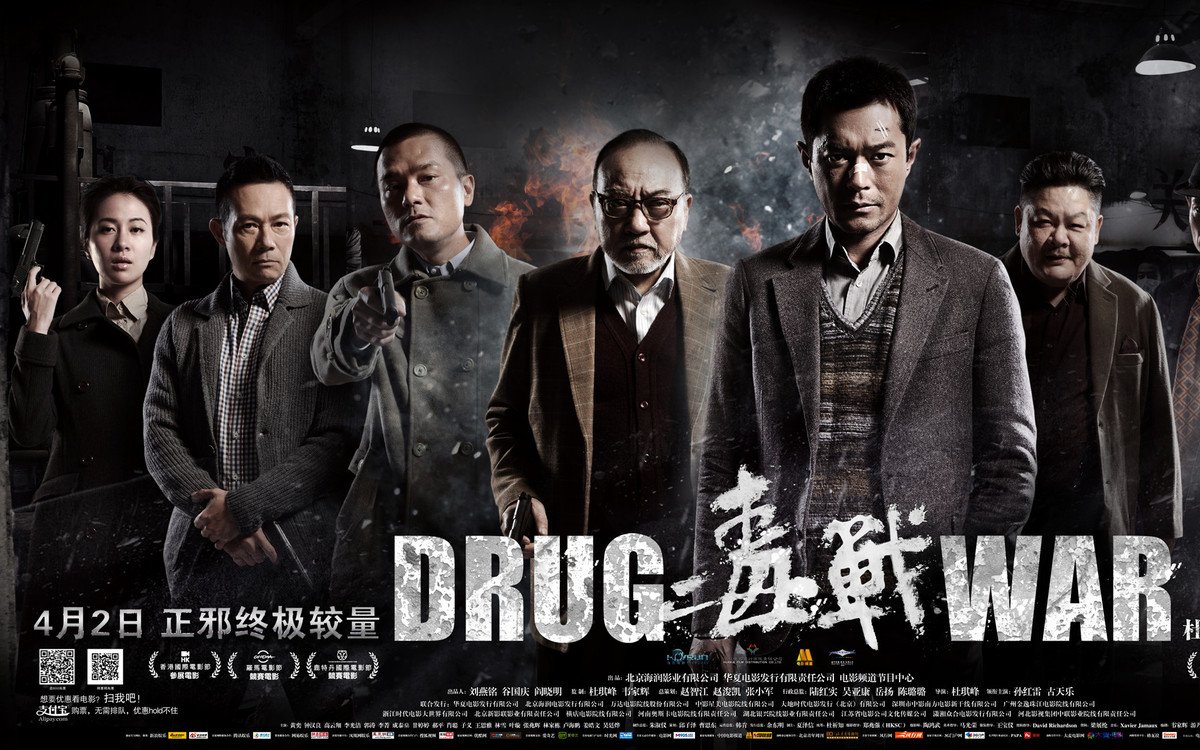 Drug War (2012) relocates Hong Kong director / producer Johnnie To, the most rigorous and disciplined (and the most socially observant and politically savvy) of Asian crime movie auteurs, to the Chinese mainland. He trades the urban overcrowding and overheated capitalism of Hong Kong for the open plains and lonely highways of Tianjin but otherwise it is a classic Hong Kong-style police procedural driven by one of To’s trademark teams.

It opens on a police stake-out for drug mules at a border crossing and rapidly upshifts into a once-in-a-lifetime crack at the crime kingpins thanks to a remarkably accommodating informant (To regular Louis Koo) and a tight timeline. A major heroin deal is about to go down and they have to improvise on the fly if they want a shot at following the trail to the kingpins.

Drug War is To’s most streamlined picture to date. That might be in part due to working under tighter restrictions of a Chinese mainland production (the film’s insistence on the death penalty as righteous justice sure doesn’t feel like To’s idea), but it also suggests an almost abstract kind of service: absolute dedication and humorless efficiency in their pursuit of the drug pipeline into China. Any hint of personalities and personal lives comes from the crooks, but it’s not like we invest in any of the characters—not the unflinchingly stalwart commander (Chinese star Sun Honglei), not the smuggler turned informant (Koo, sweaty with mercenary self-interest), not even the fascinating family of deaf-mutes who run the heroin production facility with a homey warmth, sharing meals and lobbing jokes via sign language until the base is raided and they become unflinching killing machines.

To keeps track of all the moving parts with remarkable clarity even as the film careens into a third act where best laid plans spin violently out of control. For all the complications, he keeps it moving at a breathless pace and creates a masterpiece of plotting, choreography, and execution for the climax, where the multiple moving parts collide in an explosive, chaotic clash. This is police procedural and action movie conventions streamlined to near perfection and the sheer beauty of the pitiless physics of kinetics and momentum and gunfire is riveting and, in its own way, tragic. For a film that seems impersonal, To reminds us of the human cost of this endeavor.

The soundtrack is a mix of Mandarin and Cantonese and the film is presented with English subtitles.

Add to My Watchlist on Amazon Prime Video or to My List on MUBI or stream free on Kanopy, which is available through most public and college library systems.

Also on Blu-ray and DVD and on SVOD through Amazon Video, iTunes, GooglePlay, Fandango, Vudu and/or other services. Availability may vary by service.
Drug War [Blu-ray]
Drug War [DVD]