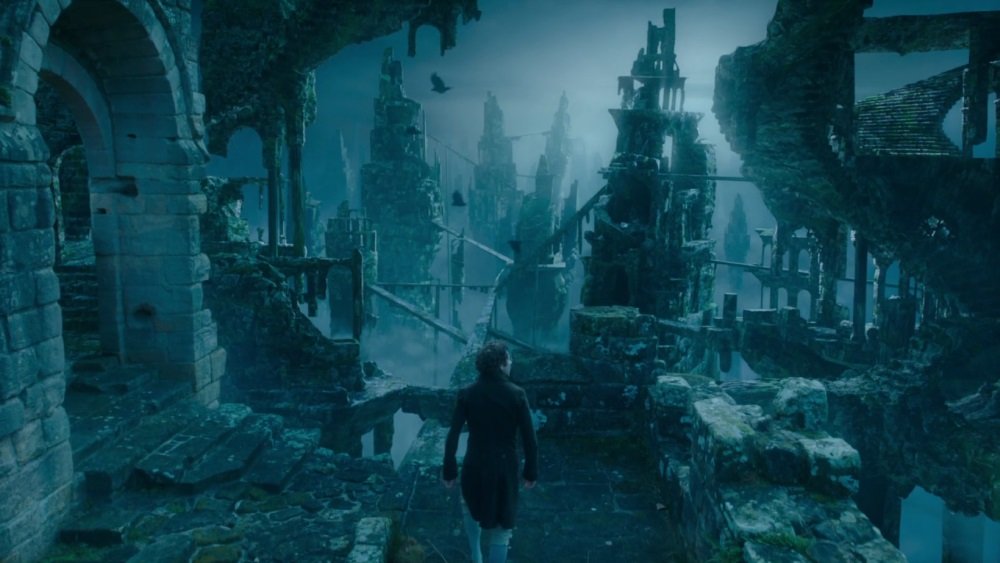 Jonathan Strange & Mr Norrell (2015), adapted from the dense, richly-woven debut novel by Susanna Clarke, brings a different of approach to fantasy fiction and the idea of magic in the real world.

Set in 19th century England, at the start of the Napoleonic Wars, it weaves the tale of two magicians—Mr. Norrell (Eddie Marsan), a gentleman and a scholar of the history of English magic, and Jonathan Strange (Bertie Carvel), a novice who acts upon a prophecy and discovers a natural ability for magic—within the currents of British history, creating a mix of historical drama, alternate history, and fantasy fiction. The two men bond over a shared love of magic and curiosity to learn more but they clash over philosophy: Norrell wants magic to be proper, a thing for gentleman to practice, and rejects the chaotic, primal legacy of magic in the past (which he unwittingly lets loose while resurrecting the dead wife of a potential government benefactor), while Strange, with the support of his wife (Charlotte Riley), explores the ancient myths of the Raven King and the time of the faeries. Their conflict soon puts them at odds while the demonic faerie (Marc Warren) released by Norrell becomes more destructive. It’s a magnificent love story, a furious battle of wills, a drama of friendship and betrayal, and a story of redemption.

The book has proven too big and complicated to adapt into a feature film (a decade of attempts attest to that) but the mini-series / limited series—seven hour-long episodes, to be specific—appears to be the perfect format and BBC has given it the scope and texture of a film. Director Toby Haynes and screenwriter Peter Harness make some distinctive changes in the relationship between Strange and Norrell and the motivations behind their split (read Kristin Thompson at Observations on Film Art for an excellent comparison between the novel and the series) but the story and scope are well served. Eddie Marsan is marvelous as Norrell, the magician as fussy scholar and socially awkward intellectual while Bertie Carvel brings Strange to life as an eccentric but passionate student who dares experiment and explore. It’s a handsome production with a complicated story and a busy cast of characters and an adult sensibility. Not in terms of sex or R-rated spectacle, mind you—this is all safely in PG territory—but in adult relationships and the negotiations of power and politics and ego.

The DVD and Blu-ray include the featurette “The Making of Jonathan Strange and Mr. Norrell.”