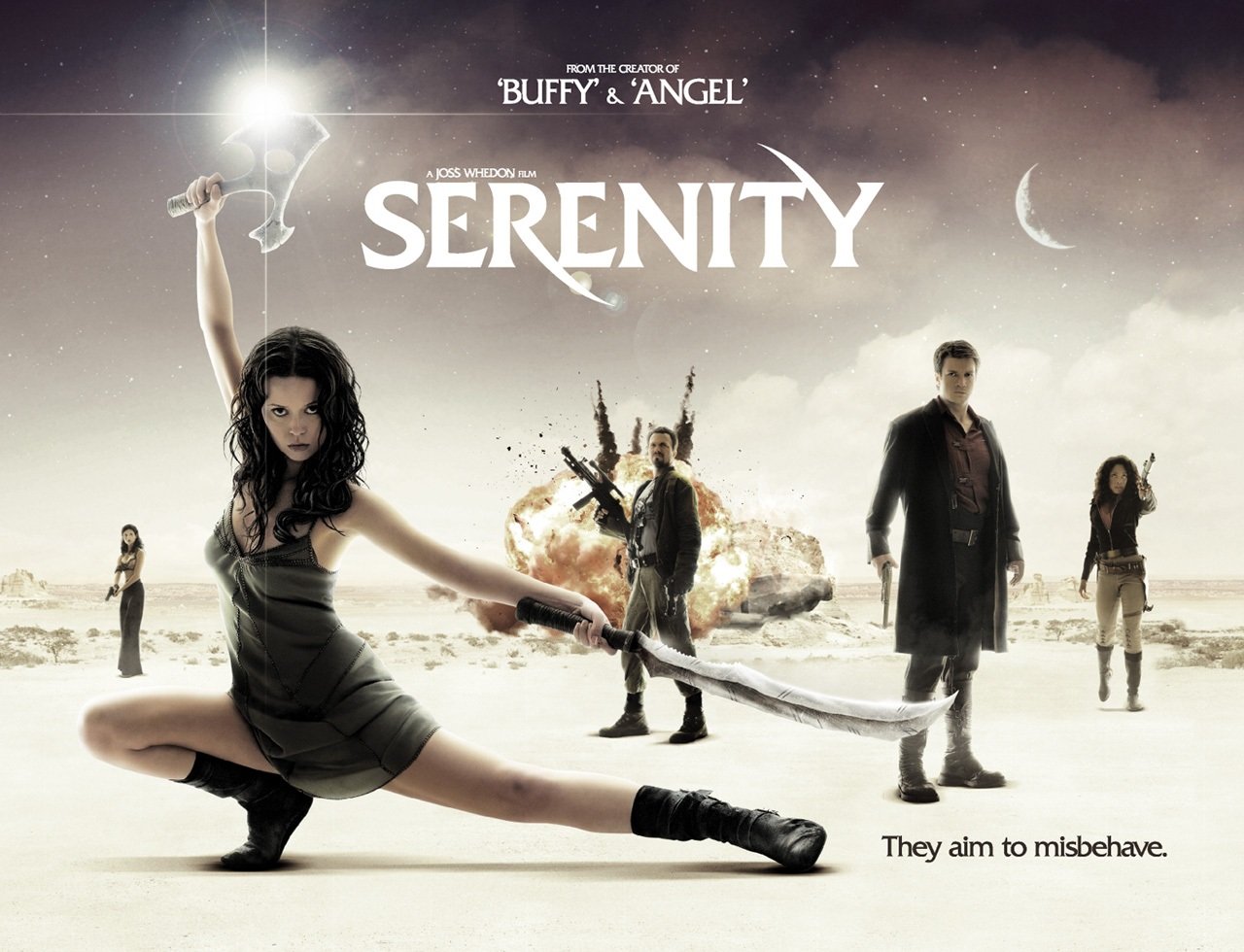 Joss Whedon’s short-lived TV series Firefly lasted a mere 14 episodes. Not nearly enough for the fans. So Whedon took it to the big screen and made Serenity (2005), a lively, humor-laden science fiction western.

Nathan Fillion (Castle) is the former rebel soldier turned smuggler with his rough-and-tumble crew (including Gina Torres as his second-in-command, pilot Alan Tudyk, mercenary muscle Adam Baldwin, mechanic Jewel Staite, doctor Sean Maher, and spacey psychic Summer Glau) of his second-hand ship Serenity. Glau’s waifish little girl lost, half mad from her years as an experimental subject in a government lab, becomes the object of a galactic manhunt (led by soft-spoke but ruthless agent Chiwetel Ejiofor). Also signing back up for this tour of duty is Morena Baccarin as Inara and Ron Glass as Shepherd Book, the missionary to the mercenaries.

Whedon’s years in TV have helped him hone a clean, efficient, entertaining style grounded in character, camaraderie and his trademark dialogue, a smarter version of the clichéd action movie barrage of wisecrack under fire, laden in personality, and enriched with evocative western colloquialisms of a frontier culture. The characters may ride spaceships and fire lasers, but this really is a frontier western, set in the wake of a polarizing civil war and driven by heroes for whom family and community are synonymous.

For those who haven’t previously followed the trek of the spaceship Serenity, the film stands on its own as a colorful adventure and an introduction to Whedon’s askew sensibilities. For fans of the show, it’s essential viewing and (as of now) as close as we’ll get to a finale.

Also on Blu-ray and DVD and on SVOD through Amazon Video, iTunes, GooglePlay, Vudu and/or other services. Availability may vary by service.
Serenity [Blu-ray]
Serenity [DVD]
Serenity [4K UHD]