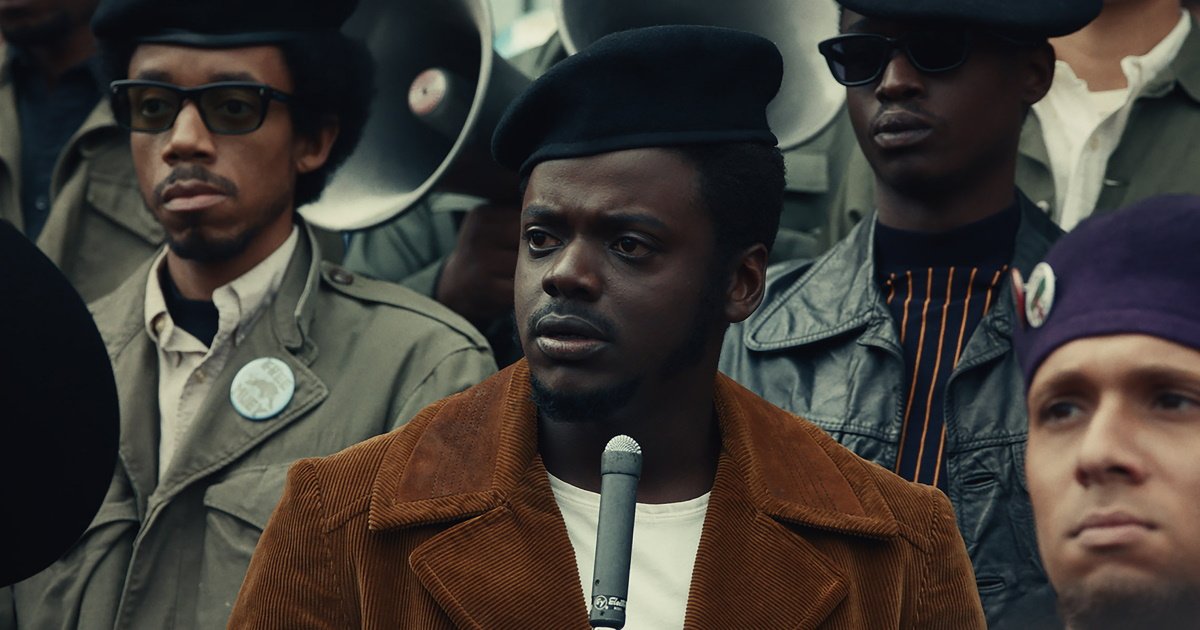 Lakeith Stanfield stars as a career thief who agrees to turn informant in “Judas and the Black Messiah” (2021, R), a drama based on the true story of the FBI’s infiltration the Black Panthers and the murder of Black Panther Chairman Fred Hampton (Daniel Kaluuya). Though the events took place over 50 years ago, the themes are sadly still relevant today. Jesse Plemons and Dominique Fishback costar and Martin Sheen takes a rare villain role as J. Edgar Hoover. Originally intended for theaters, it debuts on HBO Max and streams for 31 days only. (HBO Max)

Two new romantic comedies this week reach for teens and tweens. “Map of Tiny Perfect Things” (2021, PG-13), based on the novel by Lev Grossman, follows two teenagers (Kathryn Newton and Kyle Allen) who fall in love while they repeat the same day a la “Groundhog Day.” (Amazon Prime)

“To All the Boys: Always and Forever” (TV-14), the third and final film in the trilogy starring based on the young adult novels by Jenny Han, follows the high school kids in love (Lana Condor and Noah Centineo) as they prepare for college. (Netflix)

Before “Selma” and “When They See Us,” filmmaker Ava Duvernay wrote and directed the intimate drama “Middle of Nowhere” (2012, R) about a woman (Emayatzy Corinealdi ) who puts her life on hold when her husband is sentenced to prison. (Netflix)

“Crime Scene: The Vanishing at the Cecil Hotel” (TV-MA), the first season of a new true crime documentary series from director Joe Berlinger, puts the focus on the infamous locations in contemporary crime to deconstruct the mythology. This season looks at the Los Angeles hotel that has been linked to mysterious deaths, serial killers, and most recently the disappearance of a college student. (Netflix)

Classic pick: “Marlene Dietrich & Josef von Sternberg” presents all seven films made by the coolly glamorous actress and the highly stylized director, from their debut collaboration “The Blue Angel” (Germany, 1930, with subtitles) to their visually sumptuous masterpieces “Shanghai Express” (1932) and “The Scarlet Empress” (1934), the latter starring Dietrich as the naïve princess who becomes Catherine the Great. (Criterion Channel)

The indie drama “Saint Maud” (2020, R) follows a newly-devout hospice nurse (Morfydd Clark) whose obsession to save the soul of her dying patient (Jennifer Ehle) takes a sinister turn. The acclaimed debut feature from Rose Glass comes to VOD after a brief release in theaters. Also new:

The reality series “Buried by the Bernards: Season 1” (not rated) is a docu-dramedy revolving around a family-run funeral service and the grieving customers they serve.

Inspired by a true story, the satirical “War Dogs” (2016, R) stars Jonah Hill and Miles Teller as private munitions brokers in over their heads.

More streaming TV: “The Sinner: Jaimie” (TV-MA) is the third season of the crime drama starring Bill Pullman as a troubled police detective.

International passport: a police detective investigates the mysterious death of a teenager in a small forest village in “Capitani: Season 1” (Luxembourg, not rated, with subtitles). Also new:

Stand-up: “Hate by Dani Rovira” (2021, not rated, with subtitles) presents the Spanish comedian in concert.

Originally made for Showtime, “The Affair: Complete Series” (2014-2019, TV-MA) looks at the fallout from a summer affair through the lives of two families from the different perspectives of those involved and affected. Dominic West, Maura Tierney, Joshua Jackson, and Ruth Wilson star in the Golden Globe-winning drama from creators Hagai Levi and Sarah Treem.

Russell Crowe is the “Gladiator” (2000, R) in Ridley Scott’s epic about a Roman General sold into slavery who becomes a hero in the gladiatorial battles in the Coliseum. Joaquin Phoenix, Connie Nielsen, and Richard Harris star in the historical action hit that won five Academy Awards.

International passport: “The 100-Year-Old Man Who Climbed Out the Window and Disappeared” (Sweden, 2015, R, with subtitles) the comic adventures of a centenarian who flees his nursing home, is the highest-grossing Swedish film of all time. Also newly arrived:

Classic pick: Cecil B. DeMille’s “The Greatest Show on Earth” (1952) may be the least deserving film to win the best picture Oscar but it is awfully entertaining. Charlton Heston, Betty Hutton, Cornel Wilde, Gloria Grahame, and James Stewart star.

“You’re Next” (2013, R) is a home invasion horror with a black-humored tone and an American indie cast.

True stories: the documentary “Black Art: In the Absence of Light” (2021, TV-14) looks at the contributions of African-American artists in the modern art scene. (All HBO platforms)

Streaming TV: the new reality competition series “The Bridge: Season 1” (TV-14, not rated) is apparently a mix of “Survivor” and “The Bridge on the River Kwai.”

Originally made for the TV showcase “Wonderful World of Disney,” the musical fairy tale “Rogers and Hammerstein’s Cinderella” (1997, G) stars Brandi Norwood as Cinderella and Whitney Houston as her Fairy Godmother.

The documentary “Marvel’s Behind the Mask” (TV-14) looks at the creation of some of the company’s most interesting characters and their impact on pop culture.

Michael Keaton directs and stars in the crime drama “The Merry Gentleman” (2008, R) as a hit man who befriends a woman (Kelly Macdonald) fleeing an abusive husband.

Beanie Feldstein is a shy writer who reinvents herself as an acid-penned rock critic in “How to Build a Girl” (2019, R). Also new:

All eight episodes of the French crime procedural “Balthazar: Series 3” (France, with subtitles) with Tomer Sisley are now streaming.

“Dead Pigs” (China, 2018, not rated, with subtitles), a black comedy that won a special jury prize at Sundance, is the directorial debut of Cathy Yan (“Birds of Prey”). Streaming for 30 days.

Among the former are the film noir classic “The Postman Always Rings Twice” (1946) with John Garfield and the Hollywood melodrama classic “The Bad and the Beautiful” (1952) with Kirk Douglas. The Ruby Dee collection includes the 19th century film noir “The Tall Target” (1951) with Dick Powell trying to stop an assassination and “St. Louis Blues” (1958) starring Nat King Cole as blues legend W.C. Handy.

For the kids on Criterion Channel, there’s the animated cult fantasy “The Last Unicorn” (1982, G) featuring the voices of Alan Arkin, Jeff Bridges, and Mia Farrow.