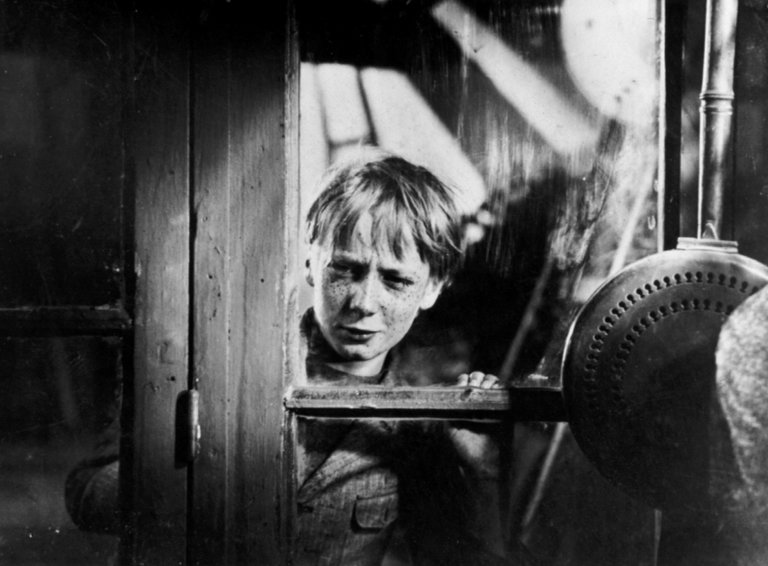 Poil de Carotte (1932), which translates to “Carrot Top,” is Julien Duvivier’s remake of his 1925 silent success, a mix of comedy and near-tragedy in the story of a sweet, spirited kid (Robert Lynen, superb) bullied by his mother, who favors the boy’s teenage brother and sister, and ignored by his disconnected father, who has checked out of the family completely. It inspires the defining line in his school essay: “A family is a group of people forced to live together under one roof who can’t stand each other.” His teachers, who appreciate his spirit and intelligence, are convinced he’s overreacting but as he goes home from boarding school for the summer we find he’s absolutely correct.

Duvivier favorite Harry Baur plays the father, a jovial man in public who so disgusted by the behavior of his wife and elder children that he no longer engages with any of them, leaving the youngest to roll with the punches with his imaginative spirit, witty sense of humor, and upbeat demeanor. Even all that pluck isn’t enough to cushion his heart from neglect. In fact, for an often lively family movie with idyllic scenes of play in the countryside and small town camaraderie in the village (where father is running for mayor), Poil de Carotte has a sadness that cuts to the soul. Yet it is also the gentlest and sweetest of this Duvivier quartet, filled with the spirit of the red-headed child beloved by all in the countryside but his own family. It makes the boy’s own slide into fatalism all the more powerful.

I don’t want to spoil anything but if you are worried about heartbreaking tragedy, fear not. There are devastating moments but Duvivier is ultimately protective of our boy and sends a few guardian angels his way, and he provides a space for the father to redeem himself. And though he favors painterly scenes in the bucolic atmosphere of the countryside over cinematic flash, he beautifully transforms the boy’s nighttime trip to the chicken coop into a fantastic journey through the underworld and uses optical effects to create an imaginary doppelganger with whom he debates his sorry state.