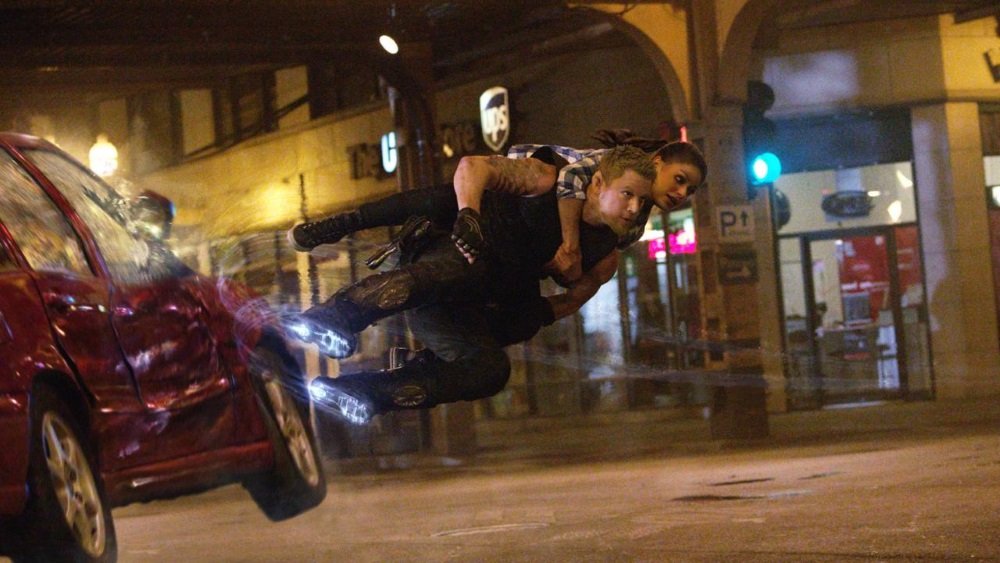 Jupiter Ascending (2015) was a player at the Razzie Awards, the snarky organization that puts the spotlight in the worst and most over-hyped films of the year. Not exactly the kind of attention you seek out as a filmmaker, and maybe not completely deserved, though that’s admittedly a minority opinion.

This is old fashioned space opera with shiny new special effects and CGI flourishes. And by old fashioned, I mean interstellar monarchies and despots wreaking havoc on innocent populations, space armadas on the move, and a beautiful princess in constant need of saving from a brave knight, in this case a dog soldier with jet boots that lets him skate through the sky.

It’s from the Wachowskis, who go more for speed and spectacle than story, and stars Mila Kunis as the Russian housemaid who is actually the reincarnation of galactic royalty and Channing Tatum as the genetically-enhanced super soldier. Eddie Redmayne provides the corruption and power-mad decadence as the prince with designs on planet Earth, hamming it up shamelessly with a performance that yo-yos between purring whispers and apoplectic screams.

The script is disposable, the story familiar and unimpressive, and the film rushes from one chase / fight / rescue to another to keep the energy going. It’s ridiculous and oddly fun for all of its recycling, mostly because of the imagery and momentum. The cosmic palaces are a mix of old European royalty, steampunk clockwork devices, and dreamy sci-fi tech beyond the usual designs we’ve seen, the space ships look like scorpions, dragonflies, and bees, and the fashions are lush and lavish.

Given the ambitions the Wachowskis have shown in the Matrix films and Cloud Atlas, this is rather retrograde as both filmmaking and storytelling, but there is a charge to their pulp sci-fi paperback cover come to life.

Also on DVD, Blu-ray, and Blu-ray 3D, and on SVOD through Amazon Video

and other services. Availability may vary by service.
Jupiter Ascending [DVD]

The Blu-ray editions include the featurettes “Jupiter Jones: Destiny is With Us” and “Jupiter Ascending: Genetically Spliced.” The Blu-ray also includes the featurette “Caine Wise: Interplanetary Warrior,” “The Wachowskis: Mind Over Matter,” “Worlds Within Worlds,” “Bullet Time Evolved,” and “From Earth to Jupiter (and Everywhere in Between),” plus bonus DVD and Ultraviolet Digital HD copies of the film.

Pingback: What to watch: 'Goosebumps' on Netflix, 'Coriolanus' on Amazon, 'Angie Tribeca' on Hulu, and 'Chelsea' talks - Stream On Demand
Comments are closed.