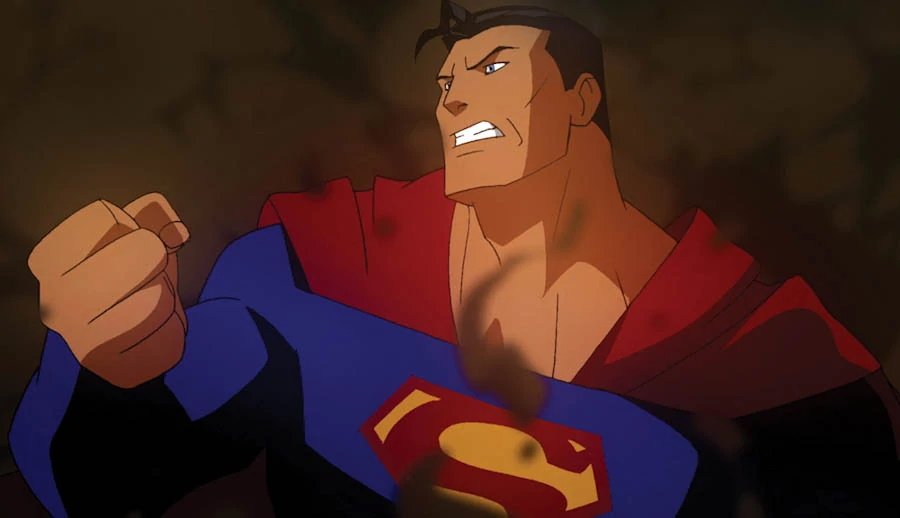 Alternate realities and warped parallel universe versions of familiar superheroes were a part of the fabric of the DC comic book universe long before it became part of the superhero formula on both the small screen shows and big screen spectacles.

Justice League: Crisis on Two Earths (2010), the seventh DC Universe Animated Original Movie, was the first to pull it out of the four-color pages and drop it into an animated feature (it’s previously been the basis for episodes of the Cartoon Network Justice League series as well).

Sort of like the “Mirror, Mirror” episode of Star Trek, this story sends the familiar Superman (Mark Harmon), Batman (William Baldwin), Wonder Woman, The Flash and others to an alternate reality where Lex Luthor (Chris Noth) and The Joker (reimagined as The Jester) are the heroes and the twisted super-powered incarnations of our heroes rule the world through a global crime syndicate. They are the “Made Men” of this reality and they rule through intimidation over the mortal population, which is ready to make whatever deal with the devil they think will keep them unharmed.

Harmon brings an interesting touch of righteous arrogance to the part of Superman while William Baldwin’s suspicious Batman goes head-to-head with his sociopathic alternate twin, Owl Man, who looks oddly like Watchmen‘s Nite Owl and is voiced by James Woods.

The story, stylized artwork and fluid animation are top notch for the direct-to-DVD market and this is one of the best superhero animations to date.

The Blu-ray and DVD include the animated original short The Spectre featuring the voice of Gary Cole, the half-hour documentary “DCU: The New World,” and four bonus episodes from the “Justice League” animated series that deal with alternate universe characters. Exclusive to the Blu-ray are the live-action pilot episodes to the 1970s Wonder Woman series and to Aquaman” a pitch from the Smallville creators that was never picked up.