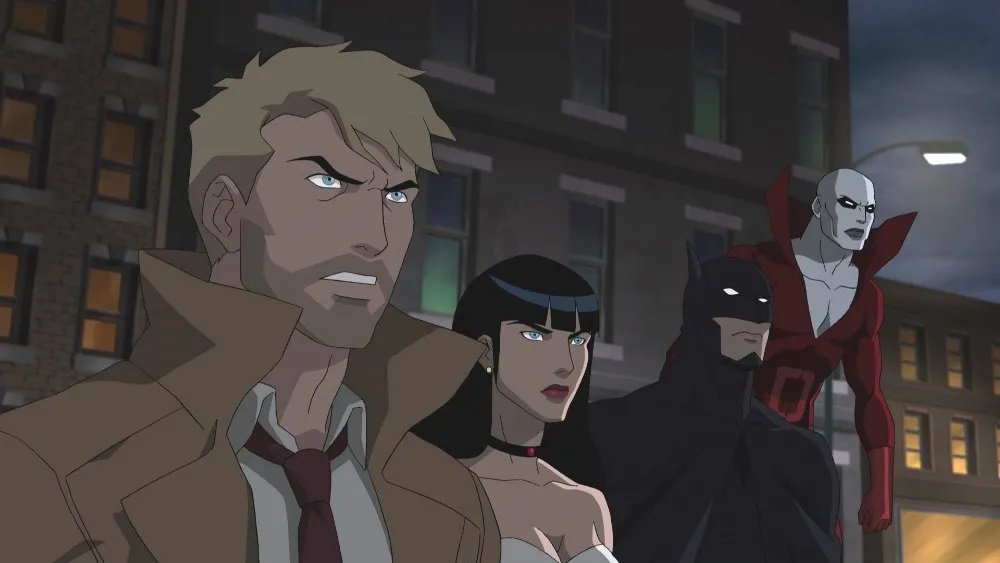 While the title suggests an evil version of the superhero team made up of Superman, Batman, Wonder Woman, and others, Justice League Dark (2017) is actually a comic book series featuring an alternative team of characters whose powers are less super than supernatural.

This animated feature version reimagines the origin of the team. When citizens start seeing demons in streets, Batman (voiced by Jason O’Mara) seeks out help from stage magician Zatanna (Camilla Luddington) and freelance supernatural investigator John Constantine (Matt Ryan, reprising his role from the live action TV series). They pull together a team that includes Deadman (a spirit who can inhabit living bodies), Etrigan the Demon (a genuine demon from Hell who speaks in rhyme), Black Orchid (a shapeshifter), and Swamp Thing (an elemental plant creature) and they help the original Justice League defeat Destiny (Alfred Molina), a villain who plans to use the magical Dreamstone to take over the world.

This is one of the darkest animated films from the DCU Animated Original Movie series, with a darker visual palette, magical battles with morphing imagery and an organic approach to magic, and some gruesome violence. It puts relatively obscure characters in the lead, with Constantine essentially taking charge from Batman (who is out of his depth in the supernatural world) and trying to negotiate long-simmering conflicts along the way.

It’s a well-made film with an engaging story and an intriguing cast, and there are fans of these non-traditional comic book characters who may be interested in a different kind of animated superhero film.

Directed by series veteran Jay Oliva, from a story by J.M. DeMatteis and Ernie Altbacker, and Nicholas Turturro, Roger Cross, Colleen O’Shaughnessey, and Ray Chase voice the rest of the Dark team.

The Blu-ray and DVD releases include featurettes on the origins of the featured characters and two bonus cartoons among the supplements.