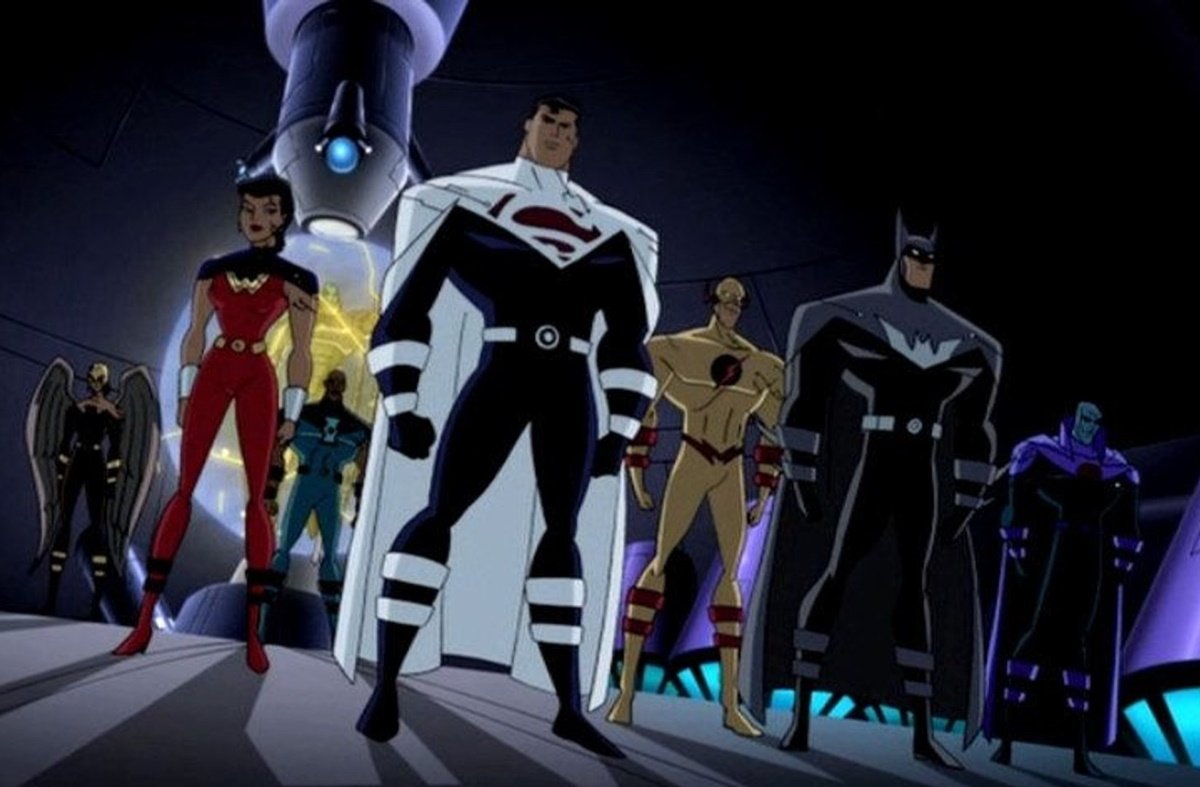 Justice League: Gods and Monsters (2015) is the first DC Universe Original Animation feature that is truly an original.

Where others have been adapted from notable story arcs and stand-alone graphic novels published in the past few decades, this alternate reality superhero story was written by Bruce Timm (the godfather of the DC animated rebirth that began with the 1990s Batman: The Animated Series) and Alan Burnett as an original screenplay. In this take, Superman (voiced by Benjamin Bratt) is the son of Zod, Batman (Michael C. Hall) is actually a medical vampire born of Man-Bat, and Wonder Woman (Tamara Taylor) is not an Amazon but a New God.

This is a cruel, violent universe, DC’s version of Star Trek‘s “Mirror, Mirror,” where the superheroes have developed as almost militaristic figures who don’t have any qualms about killing their enemies. In this reality, Lex Luthor is no villain but a voice of caution against the unrestrained power of these heroes, who are not held in check or held responsible for any of their actions. They make their own rules and the American government tends to look the other way, perhaps for fear that they will turn. At least until the most prominent scientists in the country are murdered and the evidence points back at the three heroes whose brand of justice is no less brutal.

The plotting is a little lazy for a conspiracy thriller (the plan depends on no witnesses or forensic investigations) but the creative intricacy of the reworking of familiar characters and backstories is impressive and there are references aplenty for aficionados of classic DC Comics (who would have thought “The Metal Men” would end up significant players in one of these films?).

This is not an interlocking series like the films of the Marvel Comics Universe but more like a collection of graphic novels and this one, though hardly essential, is a fun variation on a theme and a satisfying addition to the animated canon of DC heroes.

Blu-ray and DVD with a sneak peek at the upcoming DCU animated feature Batman: Bad Blood. The Blu-ray also includes the 24-minute featurette “Calculated Risks: The Making of Gods and Monsters,” two additional featurettes, and two programs from the DC Comics Vault (originally shown on Cartoon Network), plus bonus DVD and UltraViolet Digital HD copies of the film.