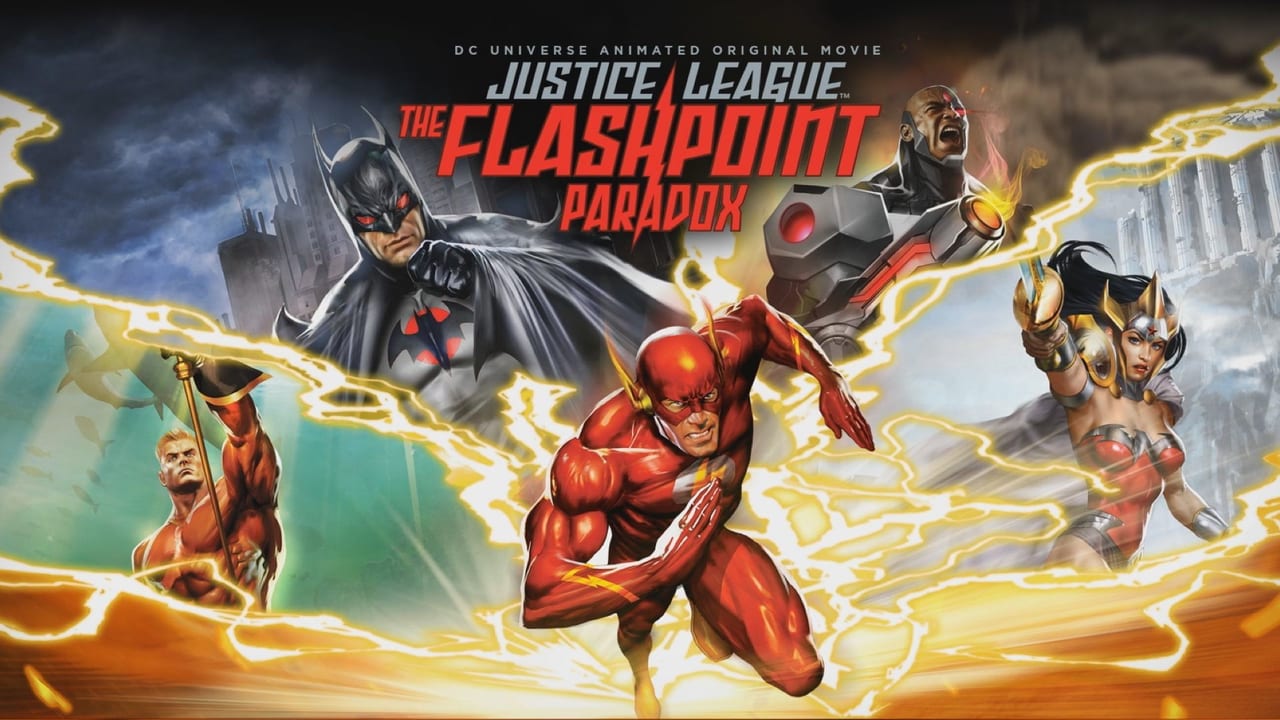 Justice League: The Flashpoint Paradox (2013), the 17th DC Universe Animated Original Movie, is an alternate reality horror story adapted from the graphic novel “Flashpoint” by Geoff Johns and Andy Kubert, where The Flash (voiced by Justin Chambers) changes the past and transforms the present into a world at war.

It’s all part of the scheme by his arch-nemesis Professor Zoom (C. Thomas Howell), who sends Flash into an alternate timeline where Flash has no powers, Bruce Wayne is dead (turning Wayne’s father into a brutal masked vigilante), and superheroes Wonder Woman (Vanessa Marshall) and Aquaman (Cary Elwes) are vicious warlords ready to destroy the earth in their blood feud.

It’s the butterfly effect as comic book apocalypse and the darkest and most brutal animated original to date from this superior line of direct-to-disc productions. Warped-mirror versions of beloved DC heroes are turned into bloodthirsty warriors murdering one another (and even slaughtering children, albeit off-screen) until the frame is littered with corpses, and The Flash needs to recover his speed to set things right. This one earns its PG-13 rating (it features bloody violence and even some mild foul language) and is aimed at a more mature graphic novel audience.

It launched the DC Animated Universe, a shared universe of direct-to-video features based on the DC comic book universe launched in “The New 52,” which includes Justice League: War (2014), Justice League Dark (2017), and The Death of Superman (2018).

Blu-ray and DVD releases include a featurette and four bonus cartoons featuring The Flash. The Blu-ray also offers commentary, a bonus featurette, and a digital comic.